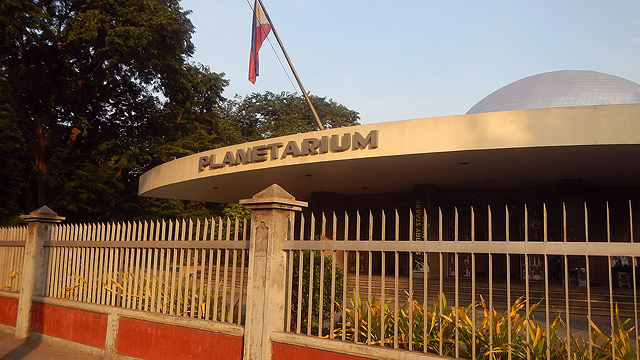 But the National Museum of the Philippines assures that this is only temporary.

(SPOT.ph) For most grade school students in Metro Manila, the National Planetarium (a.k.a. National Museum Planetarium) in Rizal Park is one of the pit stops during an educational trip. It features a permanent exhibit on astronomy and daily shows about our vast universe. The place has been around since 1975; but after 46 years of inspiring young astronomers and scientists, the Manila building is closing its doors.

The "temporary closure" and "decommissioning of [the National Planetarium] building in Rizal Park" was announced by the National Museum of the Philippines on October 11.

"There are times in the life of a beloved institution where a long chapter has to be brought to a close in order to start a new one, for a new contemporary world and a new set of generations of Filipinos," they said.

People online have also expressed feelings of nostalgia over the closure of the National Planetarium:

"We are sad to retire the old building, which has in its own way been a landmark in Manila and a pillar of the National Museum of the Philippines as a whole, but we are excited and motivated to work to deliver a new facility that will breathe new life into the National Planetarium as a beloved institution," the National Museum added in their announcement.

The National Planetarium opened on October 8, 1975 as proposed by former Philippine Weather Bureau chief and Philippine Astronomical Society founder Maximo Sacro Jr. to then National Museum Director Godofredo Alcasid Sr. five years prior. It was closed for two months in the last quarter of 2018 for renovation; then again for most of the COVID-19 pandemic in 2020. The place reopened on July 1, only to be closed again at the height of another surge in August.

Not much has been revealed about where the National Planetarium is moving or what's taking over the old site. But we're excited with what the National Museum has in store for everyone.