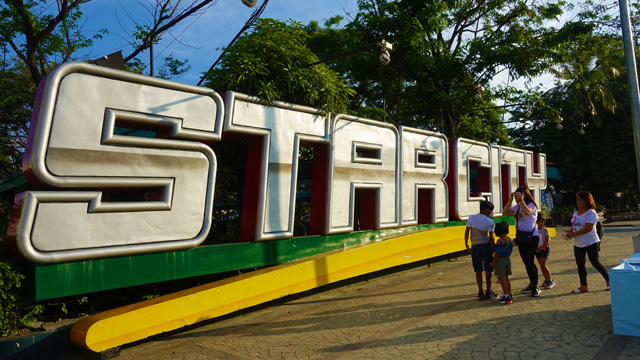 Star City Is Ready to Welcome Parkgoers This February

Just make sure that you're fully vaccinated if you're an adult.

(SPOT.ph) Unlike most establishments that had to close down due to the pandemic, Star City in Pasay City had to suspend operations months before that. A massive fire burned through more than half of the amusement park's compound on October 2, 2019, which lasted for about four hours and reached Task Force Bravo. They looked to reopen in October 2020, but we all know what happened. But now that cases are going down and vaccinations are underway, Star City announced that they're ready to welcome guests on February 24.

Located in the reclaimed area of the Cultural Center of the Philippines Complex, Star City is known for drawing crowds of all ages and from all walks of life. It is owned by Star Parks Corporation, a subsidiary of Elizalde Holdings Corporation. They initially planned to reopen on January 14, but retracted their announcement amid the surge of COVID-19 cases in Metro Manila at the time.

Before the 2019 fire, the amusement park was popular for Snow World, an indoor attraction that featured ice carvings and an ice slide. It also had a double-deck carousel, an inverted roller coaster, a water log ride, and a huge ferris wheel.

Under Alert Level 2, they'll only accept fully vaccinated adults (18 years old and above) and minors regardless of vaccination status. They'll be operating at 50% capacity for indoor attractions and 70% capacity for outdoor areas.

Star City is at Vicente Sotto Street, Cultural Center of the Philippines, Pasay City. It is open from Thursday to Sunday, from 12 p.m. to 8 p.m. To book your tickets, visit Star City's website. Walk-ins are also allowed.