Watch Cine Europa come of age on its 18th year, enjoy a day of crafts and cuties, and more.

Check out SPOT.ph’s Gig Guide: 10 Gigs and Parties to Go to This Week: September 9 to 15 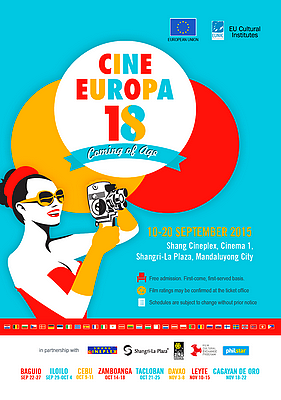 Cine Europa is turning 18 and it's celebrating its debut with an exciting film festival! Themed "coming of age," this year's edition features 23 films from 18 European countries. Belgian movie Puppy Love will open the festival on September 10 at the Shang Cineplex. The U.K.'s highly acclaimed Pride will also be screened, telling the story of a group of gays and lesbians in London during the summer of 1984. The Manila leg will run through September 20 and will be back on November 24 to 29. Check out the provincial schedule below: 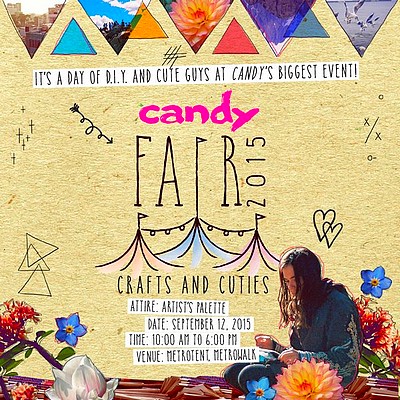 Candy's biggest event is here! Get your OOTDs ready because the Candy Fair 2015 is happening on September 12, 10 a.m., at the Metrotent. In true Candy fashion, expect a whole day of fun activities and cute guys to get your hearts racing (read: LA Aguinaldo, James Reid, Andre Paras, et cetera.). Enjoy live performances from your favorite bands like Never the Strangers. This year, the fair goes crafty with workshops by Alessa Lanot, Mansy Abesamis, and many more! Tickets are priced at P200. 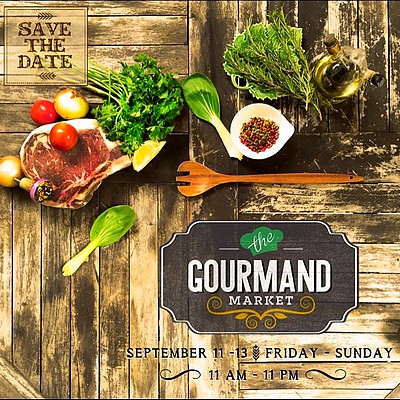 Catch The Gourmand Market by nawwTy's Kitchen from September 11 to 13, 11 a.m. at Bonifacio High Street Central. Indulge in cilantro crab noodles, yummy fries, cupcakes, and a whole lote more. Eat well and live well at this new marketplace that awaits all food lovers! 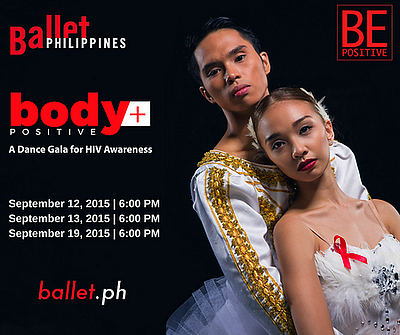 Ballet Philippines opens its new season with Body Positive+, a dance gala to raise HIV awareness. The show features excerpts from Swan Lake, Mark Bogaerts’ Bolero, Enrico Labayen’s Cloth, and other landmark pieces. The show celebrates the dancers’ innate athleticism in the context of the alarming rise of HIV and showcases fantastic dancing from Ballet Philippines’ young and talented ballerinas. Catch the show on September 12, 13, and 19, 6 p.m., at the CCP Little Theater. Tickets are priced at P1,030. 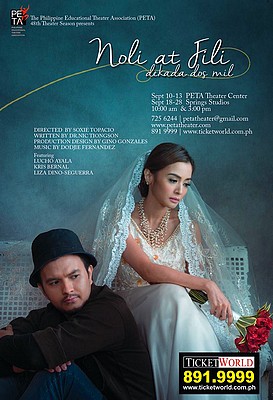 See Jose Rizal's works come to life again with Noli at Fili: Dekada Dos Mil, opening on September 10 at the PETA Theater Center. The production will run through September 13 and will move to Springs Production Studios from September 19 to 27. A reflection of Rizal's profound ideologies during his time and the effects of today's politics and corruption, Noli at Fili: Dekada Dos Mil repackages his works into a modern production that tackles today's political issues. Tickets are priced at P1,170 (P936 and P702 at the Springs Production Studios). 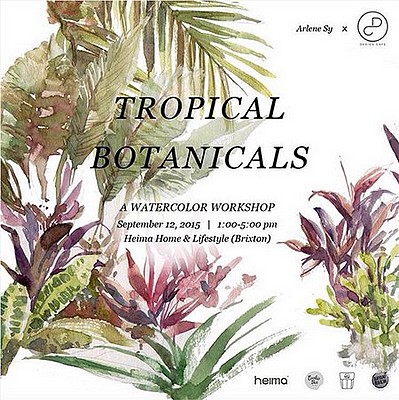 Design Cafe's workshop series continues with Tropical Botanicals: A Watercolor Workshop on September 12, 1 p.m., at Heima Brixton. The workshop will be led by Arlene Sy, an illustrator, art director, and paper goods designer based in Manila. She works mostly with watercolors and specializes in lifestyle, fashion, and portrait work, which are characterized by a feminine, whimsical charm. She is drawn to flowers, vintage memorabilia, and French-inspired subjects, and is constantly inspired by fashion trends, pretty spaces and places, and quirky homegrown lifestyles. The workshop fee is P2,850. 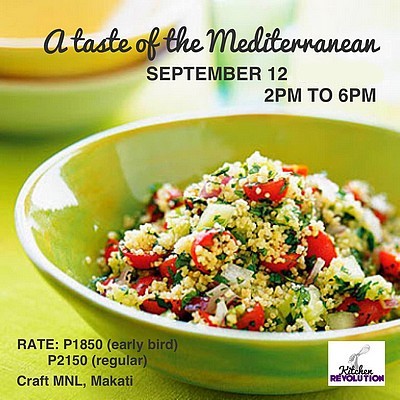 Have A Taste of the Mediterranean with Kitchen Revolution on September 12, 2 p.m., at the Craft MNL Studio. The Mediterranean diet has long been touted to be one of the healthiest diets in the world. With an emphasis on whole grains, beans, vegetables, fruit, herbs, and spices, who are we to contradict this claim? In this workshop, get familiar with ingredients that are widely used in Mediterranean cuisine and create classic dishes with even healthier twists. The workshop fee is P2,150 (P1,850 for early birds). 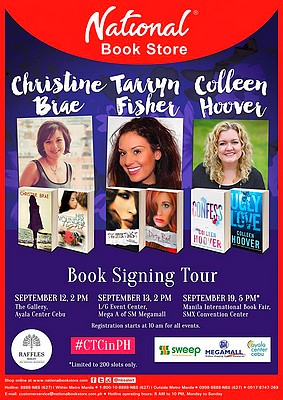 A literary triple threat will hit Manila on September 13, 2 p.m., at SM Megamall for the Christine Brae, Tarryn Fisher, and Colleen Hoover Book Signing Tour. Christine Brae is the author of Light in the World, His Wounded Light, Insipid, and In This Life. Tarryn Fisher is the New York Times' and USA Today's bestselling author of five novels, and is currently working on two more. She is the co-founder of Clothed Caption, a fashion blog she runs with her friend, Madison Seidler. Colleen Hoover is the bestselling author of contemporary novels, such as Slammed, Point of Retreat, This Girl, Hopeless, and more. They will all grace the Manila International Book Fair on September 19 at the SMX Convention Center. 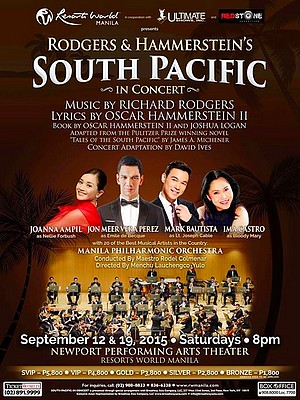 From the pages of Tales of the South Pacific, originally by James Michener, comes the award-winning Broadway musical South Pacific, with music and lyrics by the iconic tandem Richard Rodgers and Oscar Hammerstein II. Catch it in concert on September 12 and 19, 8 p.m. at the Newport Performing Arts Theater. Audiences can reminisce the timeless love story of an American nurse stationed at the South Pacific Island during World War II and a middle-aged expatriate French plantation owner. Bringing it to life are Joanna Ampil as Nellie Forbush, Jon Meer Vera Perez as Emile de Becque, Mark Bautista as Lt. Joseph Cable, and Ima Castro as Bloody Mary. Tickets range from P1,956 to P6,303. 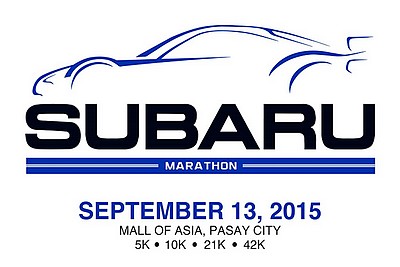