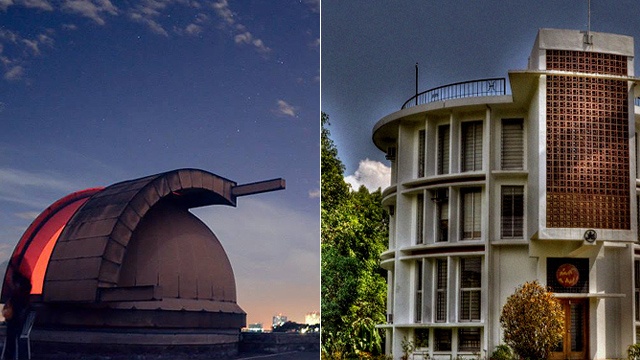 10 Places for Stargazing Near and Around Manila

"Catch a falling star and put it in your pocket..."

(SPOT.ph) Stargazing is a bit hard to do in Metro Manila, especially with all the artificial lights around the city trying to upstage Mother Nature. (Not to mention the smog that envelops us after all the factories and vehicles have polluted the air that we breathe, but we digress.) Luckily, there are some instances—like the upcoming Earth Hour—when the surroundings are dark enough to reveal the twinkling stars that we often ignore.

We round up places in the Metro (and nearby areas to drive to) where you can have a more up close and personal encounter with the heavenly bodies—while still on land, of course. 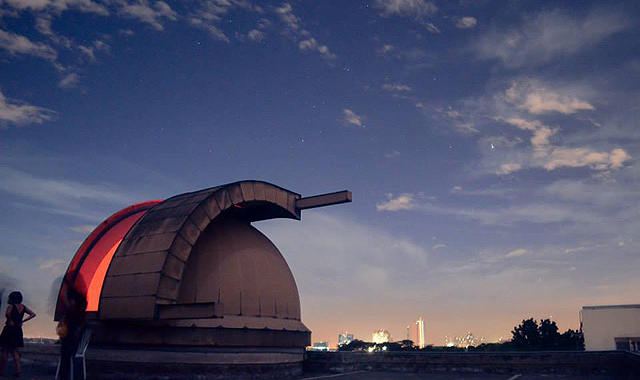 The National Institute of Science and Mathematics Education Development Observatory houses one of the country's most powerful and modern telescopes—a 40-centimeter reflecting telescope with a 20-centimeter refractor guidescope and an 8x50 finderscope. We're not too sure what those specs mean but they look significant! Astronomers, astrophysics professors, and students from the Philippine Atmospheric Geophysical and Astronomical Services Administration are also there to talk to you about the universe. 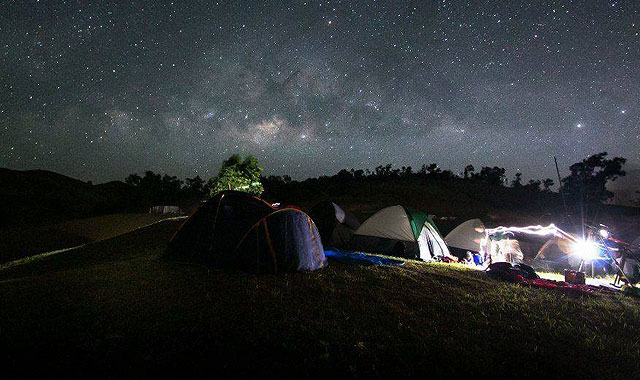 Big Handy's Grounds is a common venue for public stargazing events hosted by the Philippine Astronomical Society. It's a couple of hours travel from Manila and an easy 10-minute walk from what local drivers know as Jamboree. Prepare to rough it out a bit and get ready to pitch a tent for an all-nighter of waiting for shooting stars. It's worth it, though! 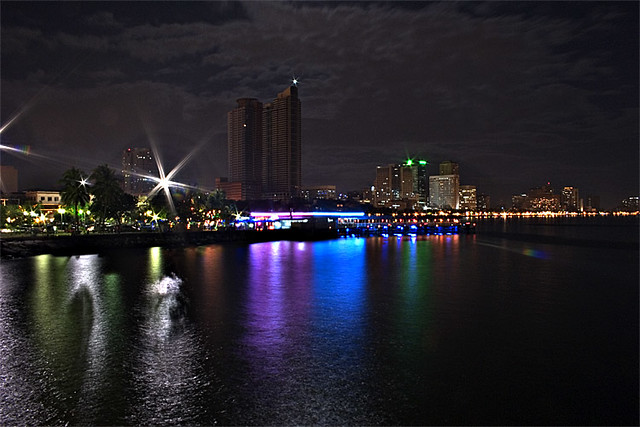 The two-kilometer Baywalk along Roxas Boulevard not only boasts the world famous Manila Bay sunset, but also of a view of the night sky above the water. You can even dance under the stars as local artists perform at the outdoor bars. 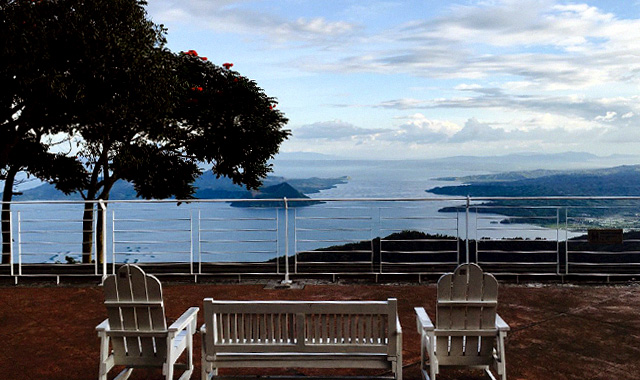 This bed-and-breakfast has private terraces and a view deck facing the famous Taal Volcano and its surrounding lake and forest reserve. By nighttime, lights from the city below flicker, as if reflecting the stars on the night sky above. It's also a great venue for weddings in case you're looking for a beautiful backdrop. 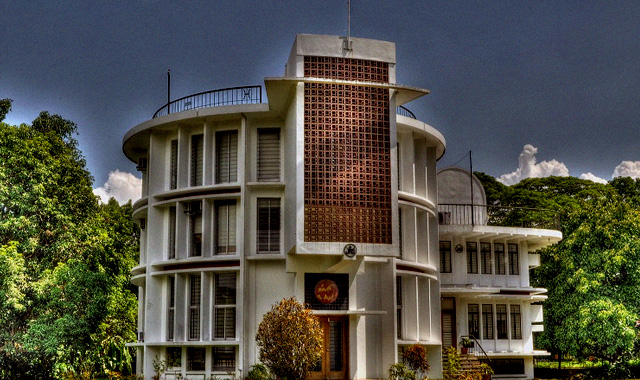 You can trace the roots of the Philippine Atmospheric Geophysical and Astronomical Services Administration (PAGASA) to the Manila Observatory, a private research institution established in 1865 by the Jesuit mission in the Philippines. It was responsible for announcing typhoon warnings and embarking on earthquake observations until it was formally recognized by the Spanish government in 1884 as the official Philippine institution for weather forecasting. By 1899, it had already ventured into astronomical studies. At present, you can tinker with their small telescopes and learn the basics of the night sky with the help of their resident astronomers.

Rufino Pacific Tower is regarded as one of the tallest buildings in the Philippines. It has 41 floors and a roof deck that gives an amazing view of the Makati skyline. Imagine how it'll look when lights are out. Definitely closer to the heavens (almost!). 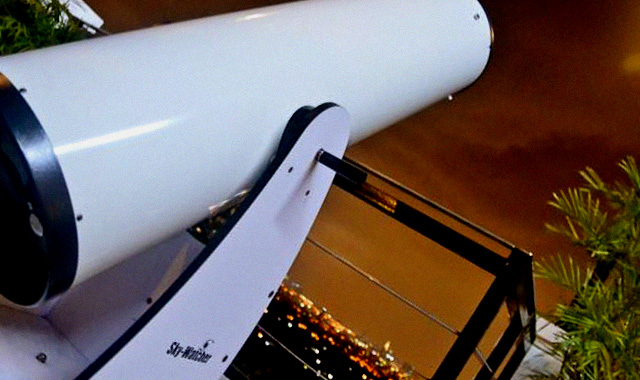 Is it a hotel or an observatory? Well, it's a bit of both! Dubbed as the only hotel observatory in the Philippines, Seven Suites presents its guests with the fourth largest telescope in the country. You can have a closer look at the heavens after a nice candlelit dinner on the rooftop. It's an added bonus that the hotel is perched along the hillside route of Sumulong Highway in Antipolo City, which gives an astounding view of Manila by night. 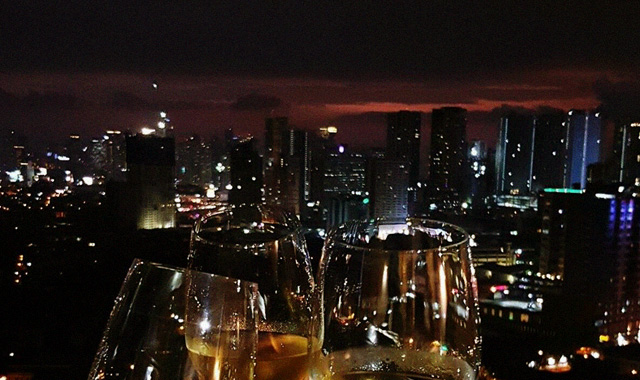 Aside from a scenic view of Makati and Fort Bonifacio from the 23rd floor, Verona Roofdeck also gives you a glimpse of the night sky especially on a moonless evening. In case you're not too lucky and the stars decide to tuck in early, there's always the menu of international dishes to satisfy your palate. 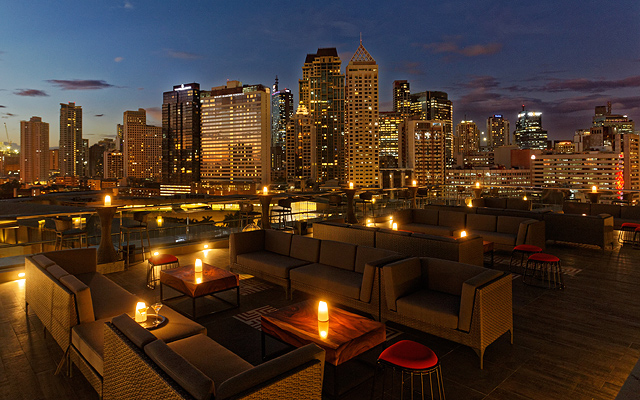 Appreciate a panoramic view of the Metro while enjoying a bottle of wine on the 10th floor of this luxurious hotel. Mireio (pronounced as mee-reyo), named after the female character in one of French writer Frederic Mistral's poems, offers Provencal-inspired dishes and signature cocktails that ooze with sophistication. Toast with a glass of whiskey as soon as a wishing star appears while you're there.

Cloud 9 is one of Antipolo's classic tourist spots. You can have an amazing view of nearby Metro Manila as if draped over with a black cloth designed with stars come nighttime. The best thing about it? This inspiring sight can be relished over beer with friends.

Cloud 9 Hotel And Resort Mireio Terrace Verona Roofdeck Seven Suites Hotel Observatory Rufino Pacific Tower Manila Observatory Cliffhouse Tagaytay Manila Bay Big Handys Grounds Up Nismed Observatory Earth Hour Metro Manila Travel Miss World Philippines 2018 Stargazing
Your Guide to Thriving in This Strange New World
Staying
In? What to watch, what to eat, and where to shop from home
OR
Heading
Out? What you need to know to stay safe when heading out