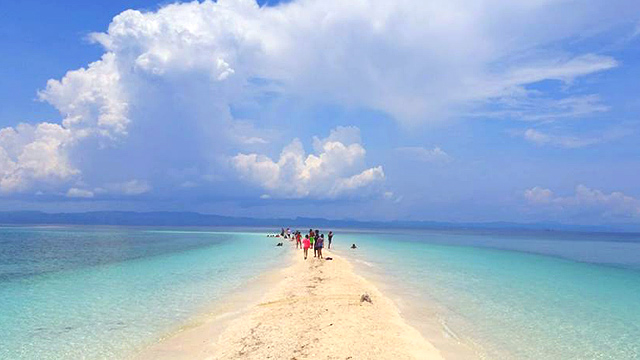 10 Breathtaking Sandbars You Need to See Before They Disappear 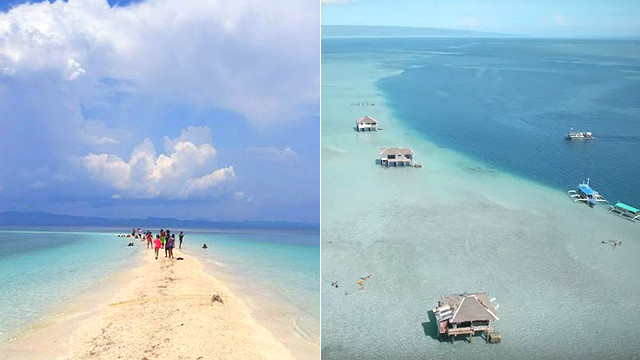 (SPOT.ph) When Charlene Gonzalez responded with the rhetorical question "High tide or low tide?" during the question-and-answer portion for Miss Universe 1994, the whole world probably chuckled a bit. This moment has become so unforgettable that, when asked how many islands we have, a lot of Filipinos would joke, "7,107 islands during low tide, and 7,108 during high tide." The National Mapping and Resource Information Authority pegged the latest count in 2016 at 7,641. With this number, can you really blame travelers if the Philippines is one long bucket list destination—from mountains to climb to rock formations to take photos of, to less known beaches to discover?

Given the world's changing water levels, it would probably be best to schedule a trip to these amazing sandbars, stat—during low tide, of course. 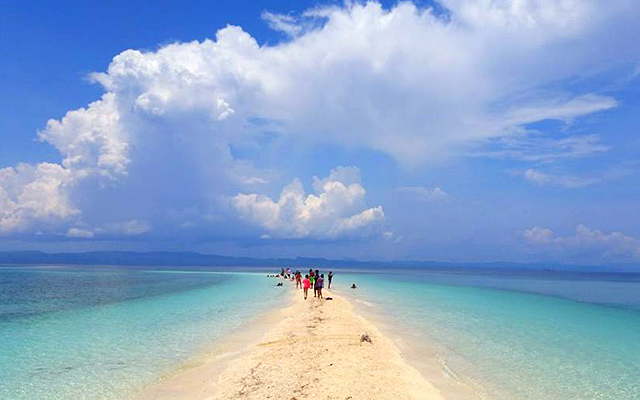 Kalanggaman Island is one of the trending searches in 2016, according to Google. This not-so-secret beach destination became widely known after a German luxury cruise ship made a stopover on its shores in 2013. In case you're wondering if Kalanggaman has a lot of ants, you should know that langgam in Sebwano means birds. And, yes, this marine sanctuary has a lot of those.

How to get there: Book a flight to Tacloban, Leyte. Hire a van or shuttle service going to Palompon. Travel takes about two hours.

Unlike Coron, Puerto Princesa, or El Nido, Balabac is considered an offbeat destination in Palawan because of its distance and relative inaccessibility. But the hassle of the commute is all worth it because Punta Sebaring’s white and rippled sandbar is comparable to Boracay's, only there's no drunken crowd, EDM, cigarette butts, or broken glass—exactly what a beach paradise should be. You'd have to ask permission from the barangay captain when you want to laze around or even pitch a tent on this island, that's how private and remote it is.

How to get there: Book a flight to Puerto Princesa. Then, ride a bus going to Rio Tuba, where you can ride a boat to Balabac. 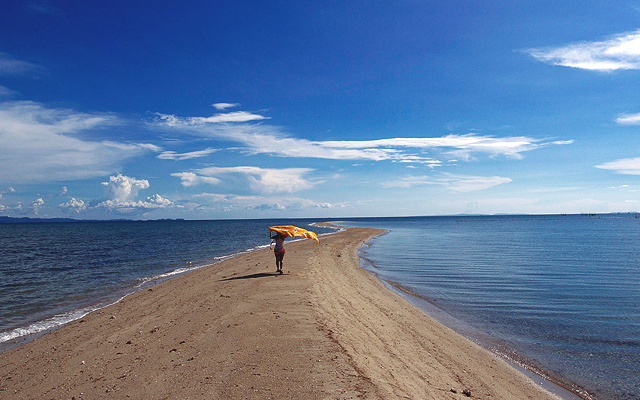 The Panumbagan Sandbar juts out into the sea and provides a view of Bicol's two volcanoes: Mayon and Bulusan. Seafood dishes are prepared on the floating bamboo cottages, so you don't have to worry about getting hungry after a full day of snorkeling at this marine sanctuary. You should also check out nearby Panlatuan Bay for the freshest lato or seaweed.

How to get there: You can take a bus bound for Pilar, Sorsogon. From Pilar Port, take a 30-minute boat ride to the sand bar. 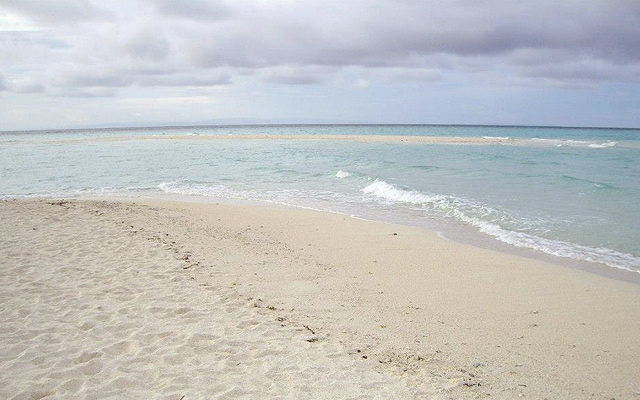 Camiguin's popular all-white sandbar is located two kilometers off the coast of Agoho and Yumbing. It provides front-row seats to the picturesque view of Mt. Hibok-Hibok, Mt. Vulcan, and the romantic sunset. Just make sure that you leave the sandbar before it becomes completely submerged come nighttime. 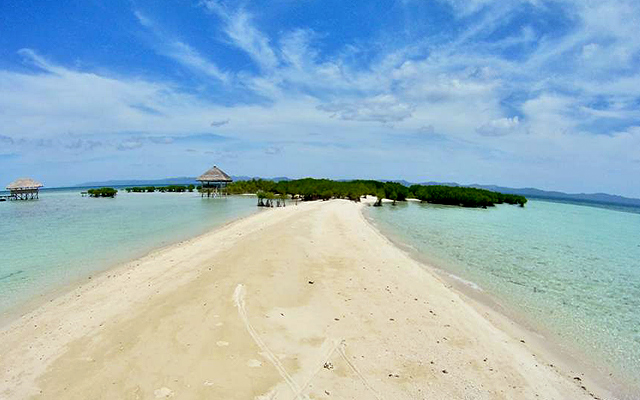 The Buntod Reef Marine Sanctuary's main priority is the protection of its 250-hectare ecosystem, so the number of visitors entering the area is monitored and regulated. This gives you ample time to marvel at the sandbar's beauty. It's perfect for snorkeling, scuba diving, and bird watching. You can also go on a picnic with friends and family at the cottage area.

How to get there: You can take a RoRo bus from Araneta, Cubao to Masbate. From there, you can ride a boat from Rendezvous Resort to Buntod Sandbar. 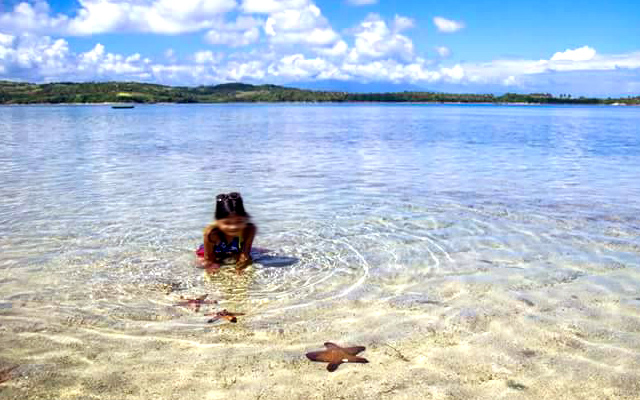 Locals call the Vanishing Island "Wara-wara" (Bicol for disappearing), which is apt because boatmen need to know the perfect time to go to this sandbar: during low tide, obviously. This lasts for about five to six hours so you really have to make the most out of it. Starfish is abundant in the area, but be sure to return them to the water after taking photos.

How to get there: Book a flight from Manila to Legazpi, then ride a bus or a van to Bacacay. The boat ride to the Vanishing Island takes about an hour. 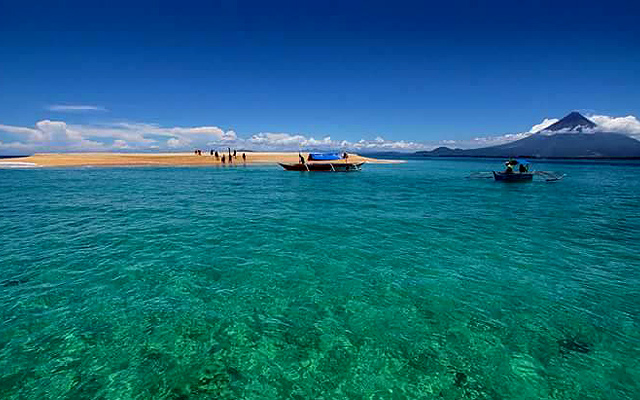 Corangon Shoal is a barren piece of land with no trees or huge rocks to shade you from the sun. All you have is the deep blue water surrounding the beige-colored sandbar. It's named after the local word for coral, so expect crushed corals and small pebbles when you walk around the islet.

How to get there: Book a flight from Manila to Legazpi, then ride a bus or a van to Tiwi. From the town proper, you can ride a pedicab to the port, and then a banca to Corangoan Shoal.

UPDATE (April 10): According a recent ordinance in the Municipality of Tiwi, trips to Corangon Shoal have been limited to educational research. Permits can be secured from the local government. 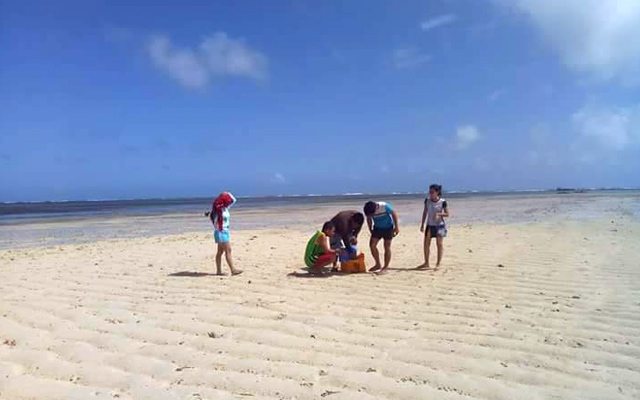 Prieto Diaz in Sorsogon is incredibly underrated. A rippled sandbar at Halabang Lapis Reef serves as a jump-off point to an underwater haven with corals, mollusks, and schools of fish, while the surroundings boast a 500-hectare mangrove forest that serves as habitat for a variety of birds. Sample some fresh uni (sea urchin) when you get there.

How to get there: Book a flight from Manila to Legazpi, then ride a bus to Gubat, Sorsogon. From there, you should transfer to a jeep bound for Prieto Diaz. 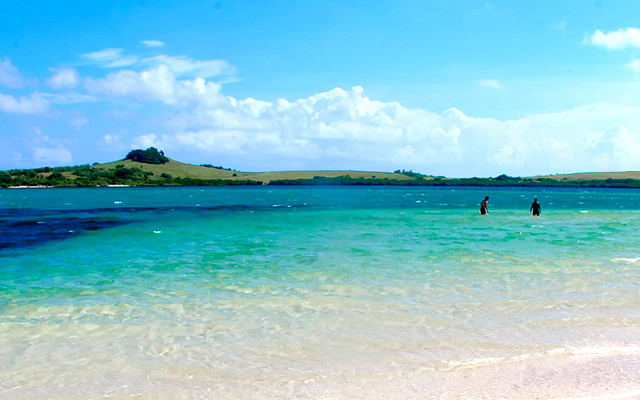 Cotivas Sandbar in Manlawi Island is one of Caramoan Peninsula's hidden gems. You have the verdant hills in the distance, a stretch of rippled white sand, and crystal-clear waters that reveal hordes of starfish when the tide goes down. Like a treasured find, it appears only at low tide so be sure to visit this one-kilometer stretch in the morning.

How to get there: Take a bus bound for Sabang Port in San Jose, Camarines Sur, where you can take a passenger boat to Guijalo Port in Caramoan.

Well-known Canadian travel vlogger Christian LeBlanc dubbed Manjuyod as the "Maldives of the Philippines" because of the wooden cottages that seem to float on water. Of course, they're not really floating because the huts are poised above the white sandbar with bamboo stilts. It’s easy to spot schools of fish and groups of starfish because the calm and crystal clear water almost looks like glass. Can't blame Christian for describing it as "heaven on earth."

How to get there: Book a flight to Dumaguete City. Take a bus to Bais City, the jump-off point for boat trips to Manjuyod.

Beach Miss World Philippines 2018 Travel Sandbars
Your Guide to Thriving in This Strange New World
Staying
In? What to watch, what to eat, and where to shop from home
OR
Heading
Out? What you need to know to stay safe when heading out