The SPOT.ph Guide to Bacolod City

Including other must-sees in Negros Occidental.

(SPOT.ph) You might know that Negros Island is the Sugar Bowl of the and that it’s home to the rising city that is Bacolod. Known for its famous chicken and homegrown pastry shops like Calea or Felicia’s, there’s more to the city than meets the eye (or in this case, stomach).

Whether you’re into food trips to leave you satisfied for days or are into discovering the hidden gems that lie around the country’s cozy little nooks and crannies, we’ve got you covered. Here’s a roundup of all the best things to do, see, and eat in the City of Smiles. 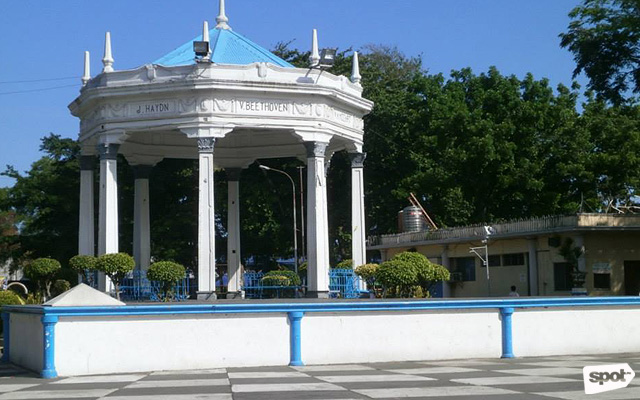 Located in the heart of Bacolod’s downtown area is its public plaza. It’s a wide, open square surrounded by towering trees, with a tall gazebo marking the center. There are a handful of fountains with interesting centerpieces all around the park—though they’re notably devoid of any water, save for when it’s Masskara season. The plaza is almost always alive with activity during the day, and if you’re lucky, you might just catch a performance or two by some of its talented locals! 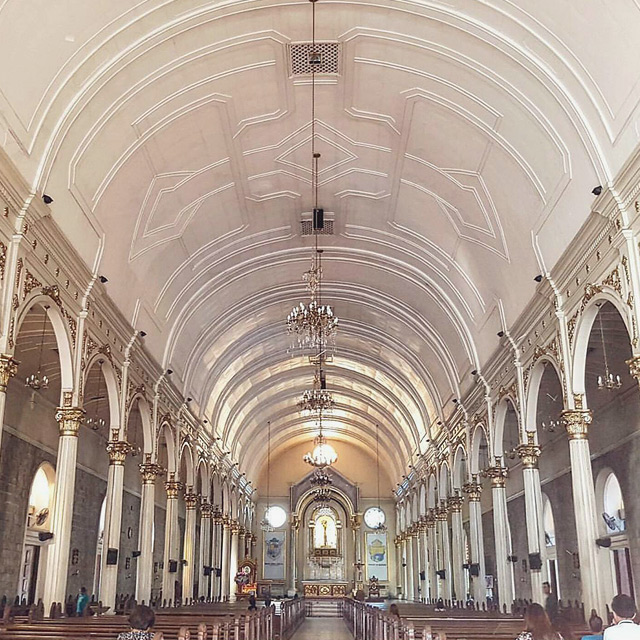 Just a stone’s throw away from the Bacolod Public Plaza is the San Sebastian Cathedral. In the late 19th Century, a young Spanish priest envisioned and would later begin the construction of this historic church. Today, it’s the seat of the city’s Roman Catholic religion. Like many preserved cathedrals from the Spanish period, this one boasts beautiful architecture and stunning interiors. 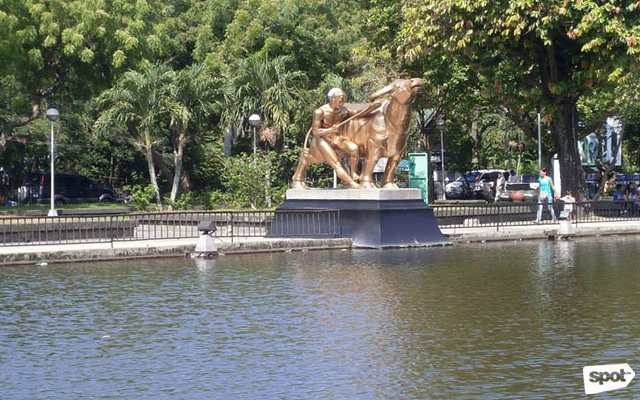 Another provincial park you can visit while you’re in the city is Bacolod’s Capitol Park and Lagoon, or simply the Lagoon to locals. Other than two giant carabao statues around the park, there also lies a great manmade lake that sits in the middle of everything—complete with tilapia fish swimming around! You’ll find a lot of locals busy with various activities here, from aerobics and dance to picnics and team building exercises. 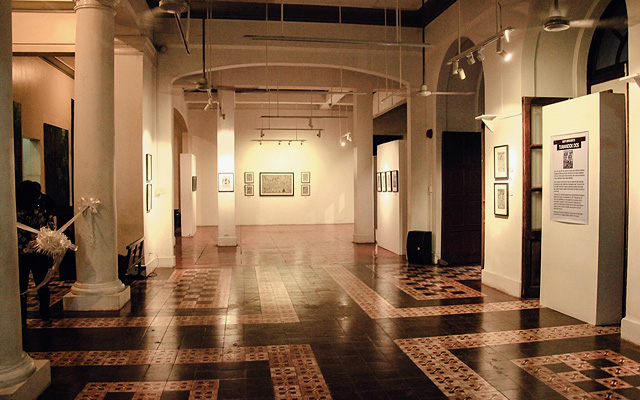 When you want to get to know Negros a little more, take a quick morning tour around the Negros Museum. The exhibits and art all showcase the work of locals from all around the island, all of which are excellent examples of local culture and society. When you’re done, don’t miss out on grabbing a bite at the Museum Café, one of the must-try places for any foodie. 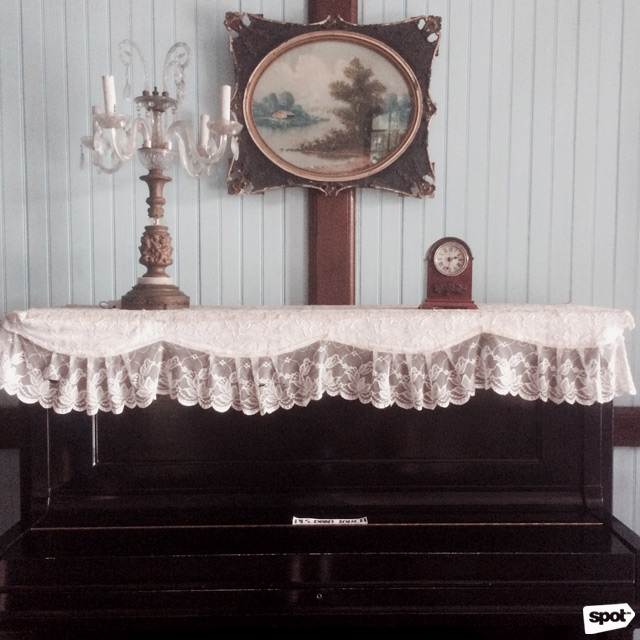 Though beyond Bacolod City, Balay Negrense (Ilonggo for Negros House) is a must-visit if Spanish ancestral houses are your thing. It’s just a few minutes away from the Bacolod-Silay airport. A tour guide would tell you about who owned the preserved home and how it got to its present state, then you’re free to roam about and take photos. It’s perfect for anyone who likes pairing a little bit of history with their vintage aesthetic. 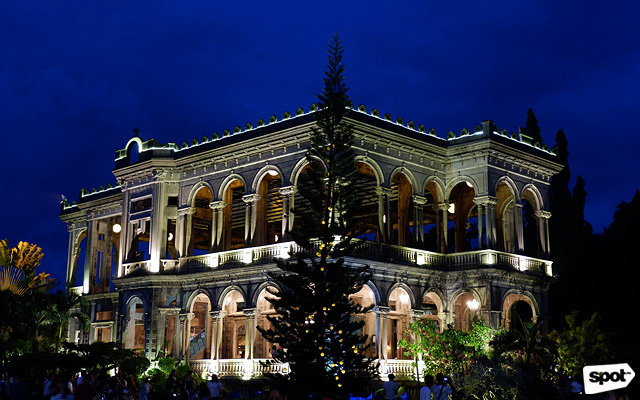 You may have already heard about The Ruins in Talisay, and we’re not going to stop you from paying this historical landmark a visit next time you’re in Negros. It’s not so far from Bacolod, so you can easily squeeze it in your itinerary. You’ll find a massive preserved skeleton of an ancestral home—one that was burned down during the time of the Japanese occupation the Philippines. The place has since become a cultural and has a modestly-sized restaurant and café that makes it perfect for hanging out. Pro tip: Come visit a little before sunset so you can see the place transform at night! 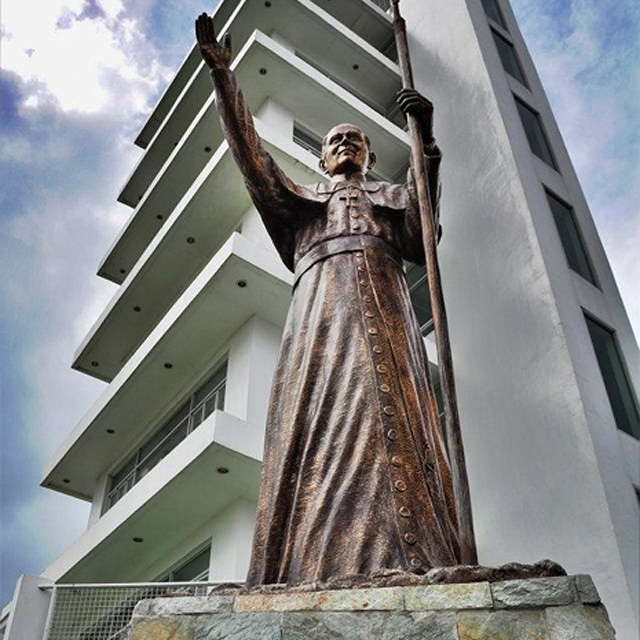 A tribute to the late Pope John Paul II, this tower stands in the middle of Bacolod City’s Reclamation Area, near SM Bacolod. As an important historical landmark for the city, the tower commemorates the late Pope’s visit to Bacolod in the '80s, and marks the site where he celebrated mass with nearly a million Filipinos. You’ll find a tall statue of the Pope ready to greet you at the gate entrance. Inside is a museum holding all kinds of memorabilia featuring Pope John Paul II. Plus, you can head up the roof deck to take photos of awesome city views. 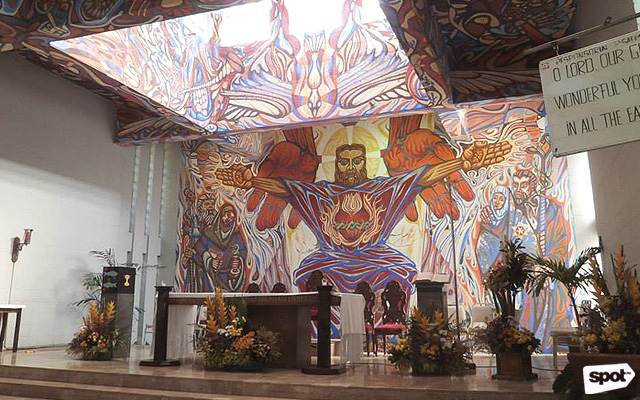 Church of the Angry Christ

Just a little under an hour away from Bacolod is Victorias City, home to many of Negros’s milling companies—and this church that was once surrounded by controversy. Though officially named St. Joseph the Worker Chapel, it got its more popular name from the modern mural of what seems like an angry Christ, hence the colloquial nickname. Take a look around to admire the unique “Philippinized” takes on some religious icons, like a statue of the Virgin Mary with brown skin or the colorful mosaic of Jesus’ baptism in the church’s baptismal room. 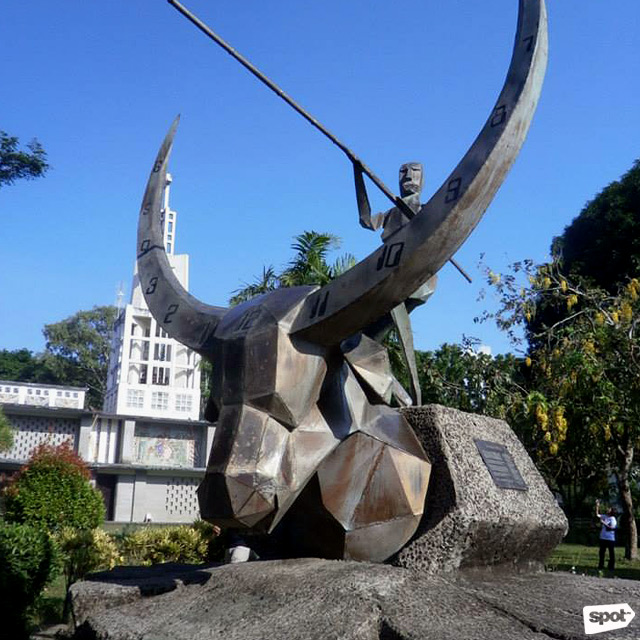 Other than the Church of the Angry Christ, there’s yet another interesting attraction for those who make the journey all the way to Victorias—the Giant Carabao Sundial. This huge copper piece was the brainchild of former Don Bosco Technical Institute students, who were challenged to create something that was not only artistic but also useful for the community. Shadows from the statue of a farmer holding a sugarcane stalk point down to the numbers inscribed on a towering carabao’s horns, telling you the time while the sun’s out. Be sure to visit on a sunny day! 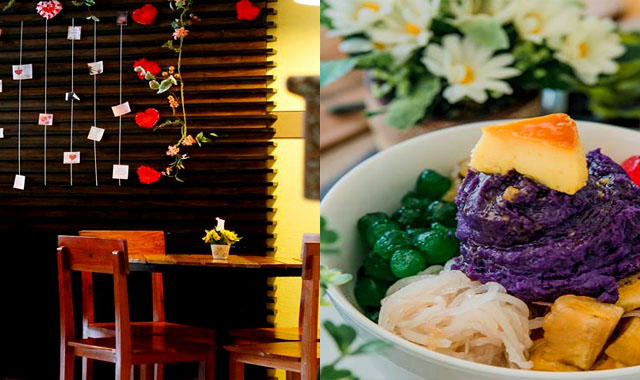 Cap off your experience of Bacolod City by having your fill of some homegrown snacks courtesy of Roli's Café. Their menu is both charmingly simple but still delightfully good, so it’s no wonder it has stood the test of time in the Bacolod food scene. The bakeshop also has some treats you can pair with your meals or take home for pasalubong. 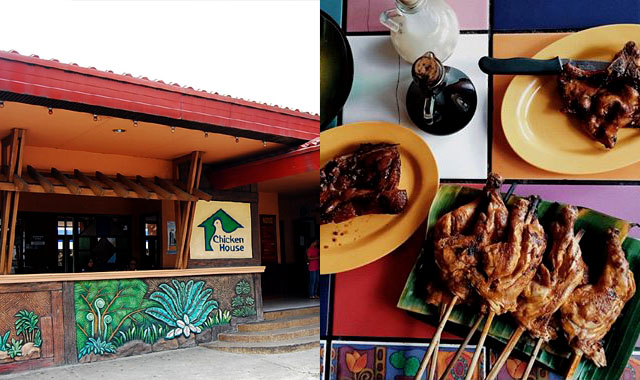 Your Bacolod trip would not be complete if you leave without having a taste of their chicken . Drop by and see what all the hype has always been about. We promise you’ll see it just from the smell of things when you walk in. Sample all their different grilled meats, and don’t forget to keep that garlic rice coming! Pro tip: You can take home some of their uncooked  with you. Just call in with your order and let them know the day and time you’re coming to pick them up! 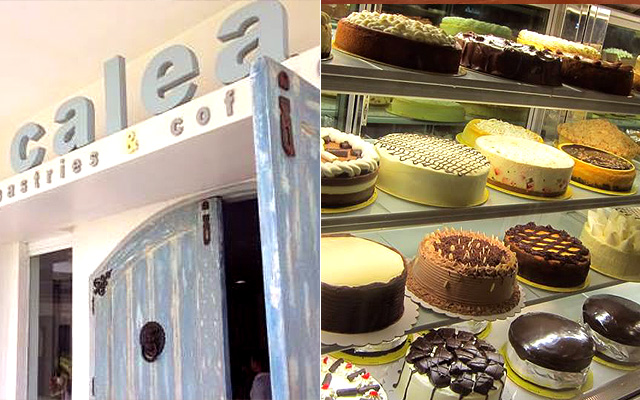 End any meal on a sweet note by dropping by Calea. With all kinds of cakes and desserts you can order, it’s going to be hard not to keep coming back. Take home a box or two with you when you come home, and give them to friends (or, you know, keep them for yourself—that’s what we’d do!) 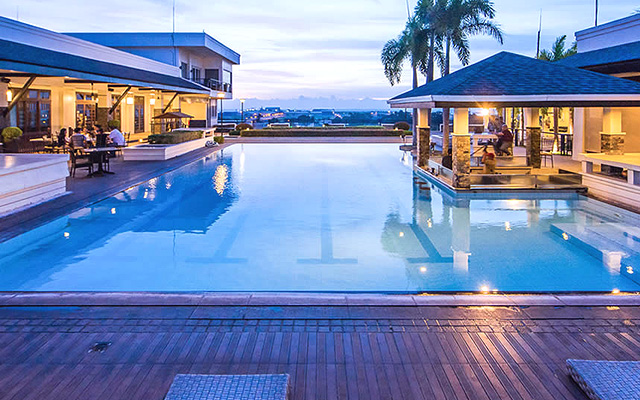 Located right at the heart of Lacson Street where most of the local food lie, L’Fisher is the perfect premier hotel for travelers who want the city right within reach. With spacious rooms and premium amenities, you’ll feel right at home. Lacson Street is also one of the main major venues for the annual Masskara Festival, so if you come just in time, you’ll be at the heart of the party. 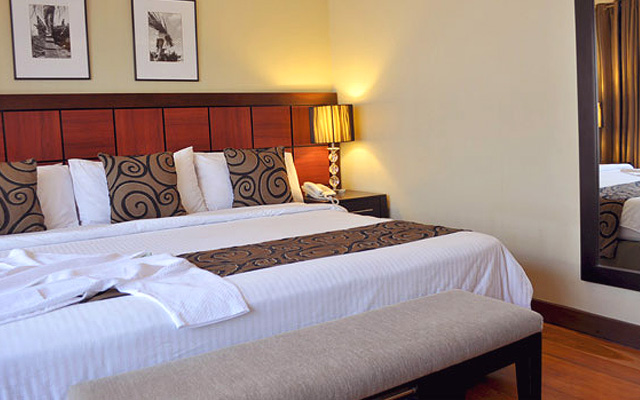 Sugarland Hotel is known not just for its great accommodation but also for its hacienda-themed interiors. The hotel tries to marry a vintage, nostalgic feel with a modern look and amenities. There’s great service here, paired up with some signature dishes for when you want to dine inside—and the peace and quiet of the place top notch! 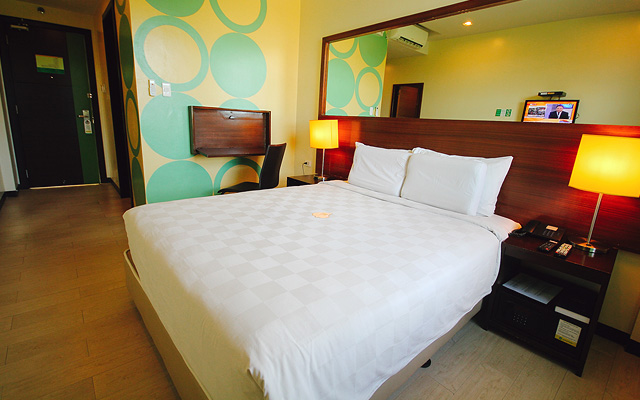 For anyone looking for more budget-friendly options that are still worth your money, why don’t you  at Go Hotels? The hotel chain has a branch at the heart of Bacolod’s tourist spots, near malls and restaurants. If you plan to be out exploring the city all day, then this hotel meets all your lodging needs at a more affordable price. 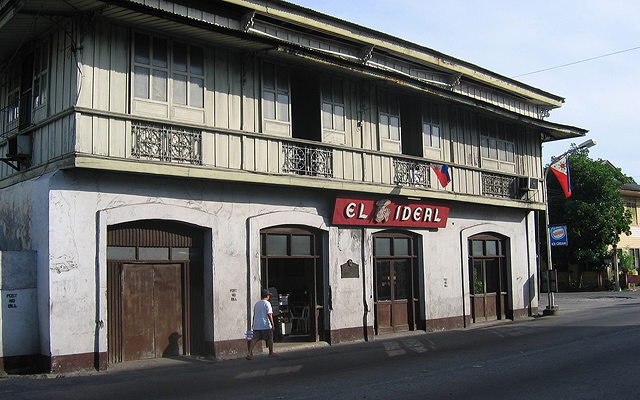 Once you’ve visited Bacolod, be sure to take a piece of the city with you by loading up on pasalubong for family and friends. El Ideal can help you do just that. They have all kinds of staples like and . But for something truly reminiscent of the Sugar Bowl of the Philippines, take home some of their signature Guapple Pie—a delectable pie with the delightful center made from an apple-like guava variant called the . 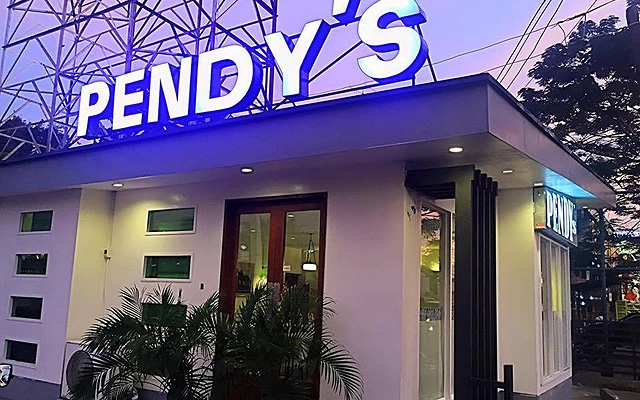 You can’t help but love Pendy’s for two things. First, when you realize it stocks up on pasalubong items from popular places in Bacolod—like Virgie’s, known for its mango tarts and caramel tarts, and Bailon’s, famous for its and empanada. And second, it also has its own yummy surprises waiting for you. Take their specially-made , for example, or even their Half-Moon cakes, a box of light and super fluffy custard-topped cakes perfect for sharing. 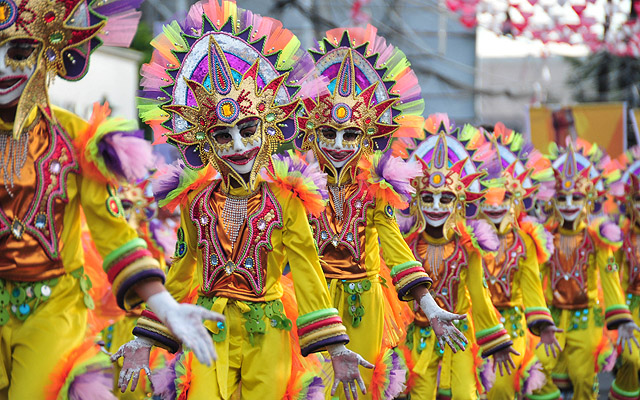 There ain’t no party like an Ilonggo party, so one of the best times to see the city completely alive is during Masskara Festival. It’s held in the third week of October every year, closest to the city’s charter day. Grab some drinks, watch cool live performances, and dance the night away—all in one street. The city gets pretty packed during Masskara season though, so book all your tickets and reservations early!

Bacolod is about an hour away from Manila by air. The Bacolod-Silay Airport is located on the outskirts of Silay, less than an hour’s drive from Bacolod, so you’ll need to take a taxi or book a Grab to the city proper.