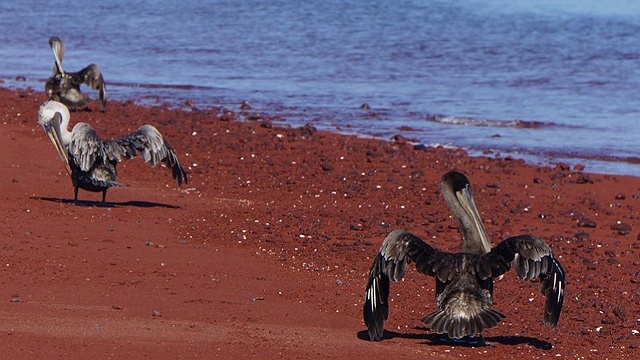 10 Unusual Beaches Around the World for Your Bucket List

(SPOT.ph) When you think about beautiful beaches, visions of crystal clear, turquoise waters and pristine white sands automatically come to mind—and we’re lucky to have an abundance of these here in the Philippines. But those aren’t the only kinds of beaches that will give you stunning views and unforgettable experiences. Here are some unusual beaches around the world that you’ll definitely want to visit for an exciting adventure.

In Fort Bragg, trash turns into seaside treasures. The famous Glass Beach is riddled with sea glass—beautiful stones that were once glass bottles, batteries, or even parts of vehicles weathered by nature and time. Visitors are encouraged to take photos, but not to take any of the glass they find on the beach.

Also known as the “Hidden Beach,” Playa del Amor is a small white-sand beach found inside a crater on one of Mexico’s Marieta Islands. Rumor has it that the crater was a result of deliberate bombings from military testing. Don’t worry—it’s now a tourist spot, popular with lovers on a romantic getaway.

This UNESCO World Heritage site is unique for the rock columns that line its shores. There are over 40,000 basalt columns on the shores of Giant’s Causeway Beach, a result of volcanic activity in the area years ago. The name is from Irish folklore where the curious columns are actually part of a bridge built by a giant.

Officially known as Praia de Augas Santas or Beach of the Holy Waters, this beach in Spain is known for its vaulted caves that look a lot like Gothic cathedrals. Aside from caves, there are also tunnels that tourists can go through during low tide. On some days, a musician dressed in traditional Galician garb is by the beach playing bagpipes for tourists.

Vaadhoo, a small island with a few hundred inhabitants, is a popular tourist attraction because of its glow-in-the-dark sand. The striking blue glow is due to bioluminescent plankton that emit toxins as defense against predators. If you want to experience this for yourself, the beach is only 15 minutes away from Malé’s international airport by speedboat.

Once a glacier, this lagoon has been growing steadily into a lake due to melting of ice caps. (Blame global warming!) It’s one of Iceland’s most popular tourist attractions, and a frequent filming location, including scenes from Lara Croft: Tomb Raider, Batman Begins, and Game of Thrones. Tourists take boat rides through the lake littered with icebergs.

The pale pink hue of the Bahamas’ world-renowned Pink Sand Beach is due to microscopic coral organisms that have washed up on the shore. The sand is pinkest right by shallow waters as the pink coloring is more visible on wet sand. Other than snorkeling and swimming, tourists can also request a horseback riding session along the shore.

This Carribean beach is unusual not for unique formations nor sand colors, but for its proximity to the Princess Juliana International Airport. It’s so near the airport that landing planes pass above the shore so closely, swimmers are sometimes blown into the water. It’s a popular spot for plane watchers, too.

The Galapagos Islands’ Rabida Island is a volcanic coastline, which explains the deep red sand that lines its shores because of high iron content. The sand isn’t the only tourist attraction, however, as it’s not unusual to encounter sea lions, pelicans, and even pink flamingos in the area.

Hawaii’s Papakolea Beach is famous for its green-sand shores, due to broken down olivine mineral that is so eroded, it has turned into sand. Other than eroded olivine, the beach’s sand is also composed of black lava and white coral granules. To get to this beach, you need to hike four kilometers from the nearest parking lot.

Sightseeing Travel Beach Bucket List International Summer
Your Guide to Thriving in This Strange New World
Staying
In? What to watch, what to eat, and where to shop from home
OR
Heading
Out? What you need to know to stay safe when heading out