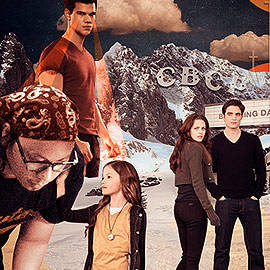 SPOT.ph blogger Lourd de Veyra on the CBCP’s endorsement of <em>Breaking Dawn Part 2</em>: "It's no different from your grandfather trying to look hip and contemporary by wearing baggy pants and dancing to the Backstreet Boys." 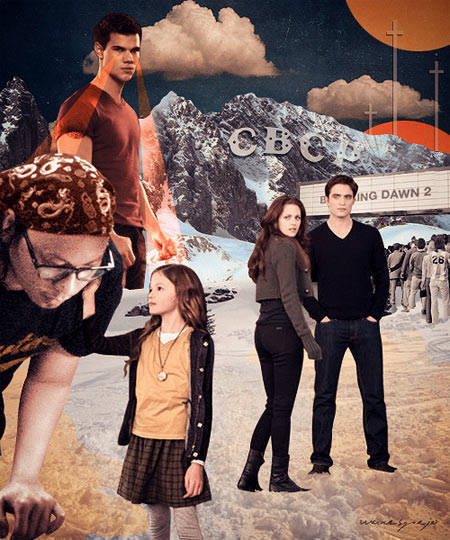 (SPOT.ph) People were saying, "Don't be quick to judge. You haven't seen it. Be fair!"  And indeed, I haven't. Said movie remains thankfully unseen by me as well as a few friends who have their sanity and dignity intact. But I do not need to put my hand in boiling water to know that it's hot. Nor do I need to stick my nose in dog manure to tell that it stinks. I do not have to jump off the top of the Makati Stock Exchange to feel the nastiness of the impact against the ground.

No, I'm not lazy. I'm all for fairness and objectivity. But I'm all for the preservation of self-respect, too. Instead of being seen in the lobby of a cinema where this thing has been showing for almost a month I would much rather be seen in infinitely more honorable environs, say, the Pasig shabu tiangge or Quezon Avenue at midnight.

That tweet about CBCP-CINEMA's endorsement of Breaking Dawn Part 2 seemed to have stirred a hornet's nest, making thousands of people feel like smashing their cell phones against the wall and setting fire to their Bibles.

CINEMA stands for "Catholic Initiative for Enlightened Movie Appreciation." Its blog describes it as the film rating and classification board of the Catholic Bishops' Conference of the Philippines. It is part of the media advocacy program of the CBCP's Office on Women" blah blah blah blah. I am highly suspicious of this blog's reach and popularity. Until last week, I have never heard of CINEMA and based on the average number of comments on each review on the first page alone- which is zero (except for that of Tiktik: The Aswang Chronicles, one comment)- neither have the rest of the Filipino movie-going populace. In fact, there's a bit on the side that asks: "Did you know that CINEMA has been reviewing films since July 14, 2000?" The answer is: No.

It was not until some news account on Twitter spread the link and then- lo and behold- 16 comments! But they were all on the Breaking Dawn 2 review, the majority of them incredulous and very much polite. I.e. "Like are you fucking kidding me?" "CBCP Cinema, your twisted logic never fails to incite ridicule and disgust... You are so damn stupid." Some of the comments tried arguing from the point of view of theology, which is like deodorizing a stinking bathroom by spraying it with more horse manure.

What could have been the source of such nasty reactions?

Nothing much. Just this:

But wait. There's more. And this made me want to convert into Zoroastrianism.

"CINEMA recommends both the novel and the movie for teenagers as it brings into focus the value of marriage, the need to protect life in the womb and the importance of family."

For a minute there, I thought it was a rehash from some Philippine branch of The Onion- that same source of such gems as "King Jong Un Sexiest Man of 2012" (which the Chinese Communist Party official mouthpiece plagiarised in all seriousness. Last September, an Iranian daily also lifted an Onion reportage about how a large percentage of rural white Americans would rather vote for Mahmoud Ahmedinejad than Barrack Obama. Makes you wonder: what is it about gullibility and the Axis of Evil?).

The inclusion of the words "womb" and "family" shows a very obvious attempt at anti-RH Bill propaganda- not to mention a pathetic stab at appealing to the youth. But using a silly crap-ass book and its sillier movie incarnation? Don't tell me next time they'll be singing One Direction songs in mass. Or dancing the Gangnam to the tune of "Ama Namin."

But since this is a religious institution we're dealing with, we have to be more sensitive and diplomatic. So we ask, with all due respect: Is the CBCP-CINEMA's moral and aesthetic compass totally fucked up?

It is not the fact that the CBCP-CINEMA endorsed a vampire movie. What offends is that it endorsed a vampire movie whose fanbase includes screaming teenage girls, who were probably more devastated by Kristen Stewart's infidelity than their own parents' divorce. To spread the Gospel is one thing. But to over-read into a pop-culture specimen of dubious aesthetic provenance is another.

On one hand, who can blame them? Twilight, after all, is a cultural phenomenon. But so are Vanilla Ice, Billy Ray Cyrus, boy bands, and Kim Kardashian.

"Five movies have been squeezed out of four Stephenie Meyer Twilight books. All of them redefining cinematic tedium for a new century," uncharitably writes Peter Travers of Rolling Stone. "You're going to hear a lot about Breaking Dawn Part 2 being the best of the Twilight movies. That's like saying a simple head cold is preferable to swine flu. They'll all make you sick."

Trouble is that the blog does not have bylines. We may or may not know if the writer of the offending review is aged 15 or whether he or she still wears braces and heart-strewn posters of Robert Pattinson on the bedroom wall. It remains debatable whether or not the review reflects the general sentiment of the Catholic Church. I'm pretty sure the new Cardinal Tagle did not write it.

We may be overreacting.

The highest moral good has an aesthetic nature, said some ancient philosopher. It is rather hard to believe that this can still be the same church that gave the world St. Augustine, the Summa Theologica, Dante, William of Ockham, Michelangelo, Da Vinci, the Sistine Chapel, Caravaggio, the music of J.S. Bach, and Graham Greene.

But some Catholics might also frown upon this endorsement of vampires. What about the hundreds of thousands burned at the stake during the medieval ages?  Poor men and women unjustly accused of practicing witchcraft and demon possession?

If the Devil can quote scripture, so can the Church quote Hollywood to suit its purpose. But if the CBCP CINEMA would be to endorse a vampire movie, what's wrong with Murnau's Nosferatu, or Herzog, or Tod Browning's Dracula (or Coppola's version, for that matter?) Then again, there is hardly anything there to warrant the generally sloppy insight about "family" and "life in the womb." But if sloppy rationalization and over-reading is the name of the game, then you might also say that Dracula is not really a vampire movie but a story about survival and struggle. Is it the Count's fault that he needs blood to survive and therefore must hunt for prey? After all, if there's one thing common about organisms, isn't it the instinct for self-preservation? But wait, how can the Undead cling on to life? And how can vampires breed if they're the Undead? How can Robert Pattinson get an erection if he doesn't have blood? Are vampires allowed to be around when their spouses are in labor? What of the blood and gore inside the delivery room? Won't that make them feel famished and thirsty? I would assume that all these questions are logically answered in the Twilight novels. But do screaming adolescents really care for logic?

A cool film would have a scene where a fetus is being sucked out of a screaming woman's belly. The problem is, "cool" is not a word that you'd normally associate with "Twilight" or for that matter "Catholic Church." Consider this the CBCP's embarrassing attempt at coolness. It's no different from your grandfather trying to look hip and contemporary by wearing baggy pants and dancing to the Backstreet Boys.

P.S.
Good thing the CBCP CINEMA blog has reprinted Vatican's cinematic "canon." Although it provides no numbered ranking, I am relieved to find that Tarkovsky's Andrei Rublev is first on the list. What is Andrei Rublev all about? Google the damn title and download it. I can assure you, it's one thousand times better than Breaking Dawn Part 2.