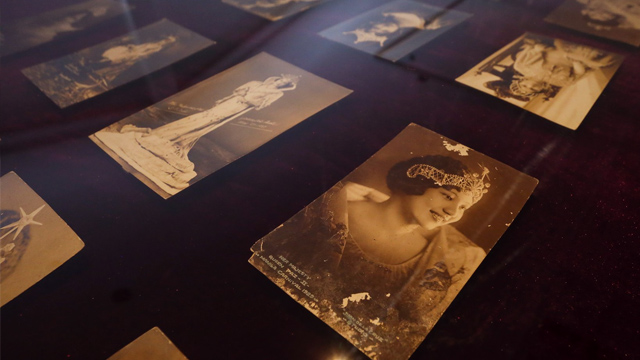 This Exhibit Explores the Philippines' Obsession With Beauty Pageants

It runs until July 27 at the Bellas Artes Outpost.

(SPOT.ph) Among the countries obsessed with beauty pageants, the Philippines ranks second in having the most number of crowns from four of the biggest international competitions—just running behind Venezuela. The latest addition to this record is Catriona Gray’s 2018 win at the Miss Universe pageant held in Thailand. Every year, hundreds (and maybe even thousands!) of these beauty contests are held throughout the country—from the local barangay competitions to the much-awaited national competitions, like Binibining Pilipinas. This obsession on beauty pageants—and, thus, the role of beauty in our society—is explored in an exhibition titled Fairest of the Fair, which runs until July 27 at Bellas Artes Outpost in Makati City.

A bulk of Fairest of the Fair is Mario Feir Filipiniana Library's collection of vintage photographs from the Manila Carnival, an annual festival which ran during the American colonial period from 1908 to 1939. Its major event is the crowning of the Carnival Queen by the Carnival mascot Billiken. The exhibit shows young women from wealthy and elite families dressed in the most glamorous costumes as they try to vie for the title. Back in the day, only these hijas de buena familia were allowed to join the competition, evidence of how deeply rooted beauty pageants are in our colonial past.

It was also believed that these spectacles began during the Spanish colonization where beautiful women graced festivals garbed in gowns and tiaras for the Santacruzan, a celebration in honor of the Catholic devotions to the Blessed Virgin Mary. However, beauty contests gained more popularity during the American period as part of the promotion of commercial products and industries from the U.S. to the Philippines. This eventually prompted discourses on how beauty pageants promote the exploitation of women for capitalist gains and misogyny, a usually subject of protest among women’s rights advocates.

Köken Ergun’s "Binibining Promised Land" (2010) tackles how beauty pageants can actually empower overseas Filipino workers. While visiting Israel, he became curious after seeing a poster advertising a beauty pageant for Filipinas living in Tel Aviv and nearby areas. He went there to observe and interview many of the women involved in the event, mostly caregivers in Israel. Living abroad and away from home, these women built a sense of community by participating in a beauty pageant, understandably, because of its familiarity to them. On their rest days, they would assemble inside a bus station and hold their rehearsals.

In one of the videos presented on a large projection screen, the finalists would take turns during the question and answer portion on the coronation night. The jury, mainly composed of Israelis, marveled at the answers of each female candidate as they expressed concerns on immigration issues and the rights of foreign workers. In a way, this gives us an enlightening view on the possibility of having the opportunity to empower women in a platform said to have been created to the detriment of women. A sense of autonomy is felt when pageants are organized and consumed for and by women who live in foreign countries where they may be vulnerable to abuse, especially those who took the risk and work illegally as a result of worsening economic conditions back home.

Also part of the exhibition is a series of photographs taken by Jose Enrique Soriano from 1991 to 1994, which feature patients and medical staff of the National Center for Mental Health in Mandaluyong as they engage in a coronation for a beauty pageant held inside its premises—a facility that attracts curiosity among the public. The presentation also hints at the condition of mental health in the country—the government has reportedly allocated one billion pesos for upgrade and development of facilities in 2017, amid allegations of rampant corruption at the state-owned Philippine Health Insurance Corporation or PhilHealth.

Related to the state of public health and corruption, artists Pio Abad and Frances Wadsworth Jones present a video installation of an ornamental crown virtually rendered in 3D. It was modeled after a diamond tiara—part of the loot confiscated by the Interpol from the Marcos family when they arrived in Hawaii, following the ousting of the late dictator. Kept inside the vaults of the Central Bank, the Presidential Commission on Good Government stated that the value of the crown is estimated to be equivalent to 12,052 tuberculosis treatments.

A curious addition to the exhibition is Brazilian artist Analivia Cordeiro’s video work "M3x3," which features a group of dancers performing a computer-generated choreography and is an intervention on the role mass media plays in the expansion of gender inequality, especially when the producers and directors are mostly male, and the dancers they instruct to perform are composed of mostly females.

Fairest of the Fair is an exhibition that offers critical and yet varying perspectives on how the society relates with beauty and how it could be used to either oppress or liberate the people.