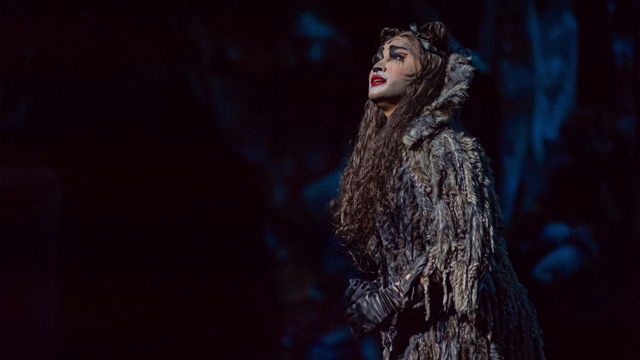 Money or Fame: Cats' Joanna Ampil Plays This or That With SPOT.ph

She stars as Grizabella in the Andrew Lloyd Webber musical.

(SPOT.ph) After hopping from one country to another during the world tour of Andrew Lloyd Webber's Cats in 2013 and 2017, Filipino artist Joanna Ampil finally had the chance to show her portrayal of the lonesome and aging Grizabella to fellow Filipinos. Cats is currently showing at The Theatre at Solaire in Parañaque City, and theatergoers have already lauded her performance since the curtains opened on November 6.

Ampil is no stranger to this attention. She starred in Miss Saigon, Les Miserables, Rent, Avenue Q, and Hair—all on West End; The Real Love in Los Angeles, Pinocchio: A New Musical in Singapore; and Defying Gravity: The Songs of Stephen Schwartz in Sydney. Here in Manila, she headlined Rebel EDSA 30, West Side Story, The Sound of Music, and Waitress. She won the Metro Manila Film Festival Best Actress award for her stint in Loy Arcenas' Ang Larawan in 2017. You might have also seen her in iWant's Call Me Tita, which premiered in September. But Cats' Grizabella, according to her, has always been her dream when she was 17. And we're just glad we get to see her belt out "Memory."

"[Cats is] about acceptance, it's about forgiveness, it's about strength and all those things," Ampil tells SPOT.ph in an interview. Cats, which was based on T.S. Eliot's 1939 poetry collection Old Possum's Book of Practical Cats, tells the story of…well, cats. “You get a glimpse of what the world of cats is like,” she adds.

To get to know more about the West End thespian, here's Ampil in a quick game of This or That with SPOT.ph:

Cats runs until December 1 at The Theatre at Solaire, Solaire Resort and Casino, Aseana Avenue, Parañaque City. Tickets, priced from P1,500 to P7,300, are available through Ticketworld.