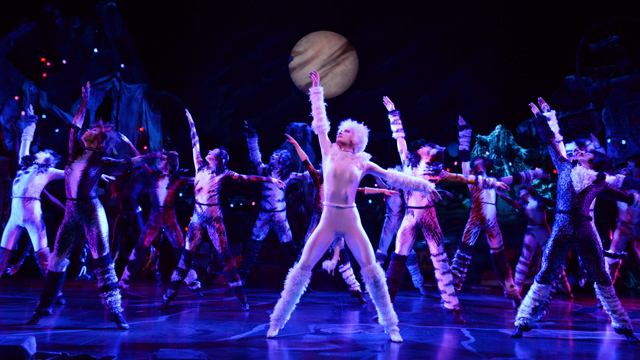 The musical runs for a whole month!

(SPOT.ph) 2019 is a big year for Andrew Lloyd Webber's Cats, as the international tour of the sung-through musical goes to Manila in November and the movie adaptation makes its way to the big screen in December. And Christmas just got a bit more festive as producers of the show announce a two-week extension for Cats' theatrical run, which is now happening from November 6 to December 1 at The Theatre at Solaire in Parañaque City.

Filipino artist Joanna Ampil is reprising her role as Grizabella, which she first portrayed during the West End staging of the musical in 2013. She was also part of the show’s European and Asian tour in the following years; but this is the first time the Filipino audience is seeing her as the lonesome and aging cat. And yes, she’s singing the ever popular tune “Memory.”

“I've always wanted to bring Cats to Manila, and I finally have the chance. I'm nervous but also excited,” the actress said to members of the press on October 3 at Solaire Resort and Casino’s Waterside.

Cats was based on T.S. Eliot's 1939 poetry collection Old Possum's Book of Practical Cats. It tells the story of one special night when a tribe of cats called the Jellicles are given the chance to be reborn.

"Cats has been around for so long. People are always so curious about it. Basically, we get into this world of cats; and we become oblivious to what's happening outside because it's a completely different world. The audience members become voyeurs on what's happening onstage. It’s mesmerizing,” Ampil added about the show.

One of the longest-running shows in West End and Broadway, it premiered at the New London Theatre in 1981, where it played for 21 years with almost 9,000 performances. Its original London production won the Best New Musical during the 1981 Laurence Olivier Award, while its original Broadway production bagged the Best Musical Award, Best Book of a Musical, Best Original Score, and four other citations during the 1983 Tony Award.

Cats runs from November 6 to December 1 at The Theatre at Solaire, Solaire Resort and Casino, Aseana Avenue, Parañaque City. Tickets, priced from P1,500 to P7,300, are available through Ticketworld.