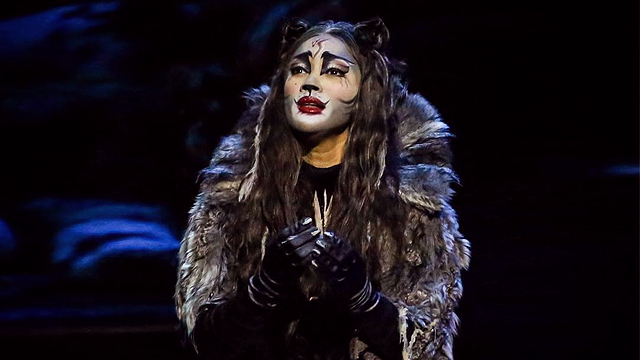 She'll be belting out "Memory" on a stage near you very soon.

The year 2019 is shaping up to be the year of the cat. Manila can look forward to two cultural events that will celebrate Andrew Lloyd Weber's hit musical Cats. The first is an international tour of Cats with none other than Filipina musical superstar Joanna Ampil as Grizabella, the Glamour Cat, during the Manila run at The Theatre at Solaire in November. Then, a movie adaptation with an all-star cast featuring names like Judi Dench, Ian McKellen, Taylor Swift, and Idris Elba, is expected to hit cinemas on December 20.

Ampil is no stranger to playing the Jellicle tribe outcast, as she has mastered Grizabella's melancholic number "Memory" after having been chosen for the part in  Since 2013, she has appeared on the West End stage and in international tours for the musical. This is the first time, however, that Philippine audiences will get to see her in the musical.

In a past interview with The Philippine Daily Inquirer, Ampil recounts how she first won the role of Grizabella almost a decade ago. She sang the popular track "Memory" for director Chrissie Cartwright and choreographer Gillian Lynne, and midway through the song, tears streamed down her face because she was so moved.

The musical actress has been active since 1993, when audiences first witnessed her portrayal of the vulnerable Vietnamese bar girl Kim in Miss Saigon. She has tackled some of most memorable characters—from the likes of Eponine and Fantine in three different stagings of Les Miserables, to Maria in Sound of Music and to Mimi in Rent. We most recently saw Ampil in November 2018, when she took the lead role of Jenna in a local production of Waitress.

Ampil follows in the footsteps of Tony Award winner Lea Salonga, who played Grizabella during the country's first international staging of Cats in 2010 at the Cultural Center of the Philippines. Meanwhile, Cats has enjoyed phenomenal success, coming in second on the list of Broadway's longest-running musicals, right after Phantom of the Opera. It first opened on the West End in 1981 and has since been staged in over 30 countries and attracted some 73 million people worldwide, reports Billboard.

Cats Musical Theater The Theatre At Solaire Syndication
Your Guide to Thriving in This Strange New World
Staying
In? What to watch, what to eat, and where to shop from home
OR
Heading
Out? What you need to know to stay safe when heading out