Virgin Labfest 2020 Runs for Whole June at New CCP Black Box
Loading
Already a member? Log in
No account yet? Create Account
Spot.ph is your one-stop urban lifestyle guide to the best of Manila. 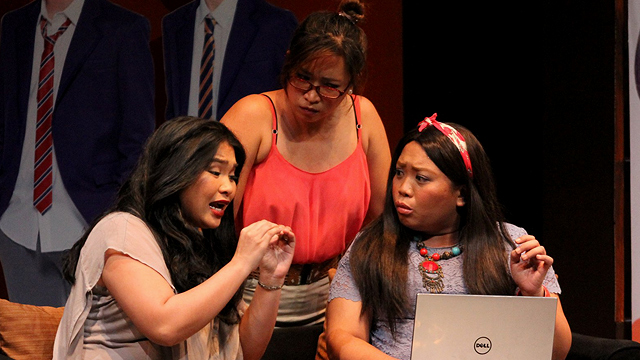 It's going to be held at a new CCP venue.

(SPOT.ph) In the last 15 years, the Cultural Center of the Philippines' annual Virgin Labfest has staged 267 exciting and provocative one-act plays with all kinds of plot twists and character quirks. It started with just a two-week run at Tanghalang Huseng Batute—busted air-conditioning and all—before moving to Tanghalang Aurelio Tolentino and extending to a three-week run to accommodate its growing number of patrons in 2017. The Virgin Labfest (VLF) is going to get even bigger as this festival of "untried, untested, unstaged plays" is scheduled for the whole month of June at the Cultural Center of the Philippines' (CCP) new Black Box Theater in 2020.

"Mas maaga po tayo next year, buong June na po tayo ng 2020," festival director Tuxqs Rutaquio told a full house on the last night of VLF 15 on July 7. This also means that the submission for next year's festival is a lot earlier: "November 30—hindi next year, [but] 2019," he continued.

After recognizing all the directors, writers, and cast and crew of this year's edition, Rutaquio also announced the three outstanding one-act plays that will be restaged for VLF 16 as part of the Revisited Set: Rick Patriarca's Wanted: Male Boarders (directed by George de Jesus III), U.Z. Eliserio's Anak Ka Ng (directed by Maynard Manansala), and Herlyn Alegre's Fangirl (directed by Charles Yee).

"See you po next year sa Virgin Labfest 16 sa brand-new Black Box Theater ng CCP. Abangan," the festival director said to cap off the night. This news was also confirmed by Chris Millado, vice president and artistic director of CCP, who told SPOT.ph that the new venue is set to open by September 2019, in time for the Manila Performing Arts Summit.

The opening of the new theater was originally scheduled for December 2017. It was previously reported that it can accommodate up to 300 people.