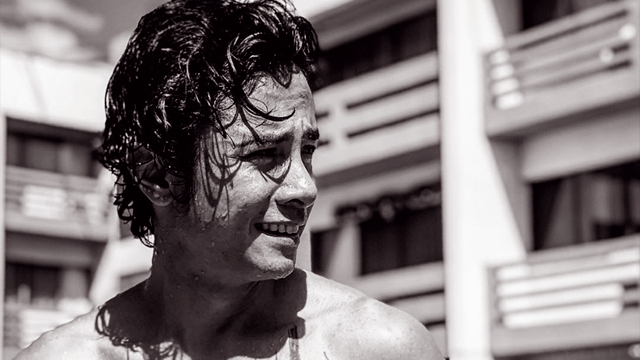 His audition tape gives us a glimpse of the exciting staging.

(SPOT.ph) Most of us know JC Santos from the rom-com television series Till I Met You (2016) alongside James Reid and Nadine Lustre, or from the films Sakaling Hindi Makarating (2015) and 100 Tula Para Kay Stella (2017). But before the actor starred in these shows and movies, he was already making waves as a young thespian with university-based theater company Dulaang UP and other independent productions. Years after his last theatrical performance, Santos is returning to the stage for the titular role in Lam-ang, an ethno-epic musical by Eljay Castro Deldoc and Jen Darlene Torres. It runs from December 6 to 15 at the Cultural Center of the Philippines in Pasay City.

"This is my first time to play a lead role in a musical, and I am very excited. Very excited to go back to my first love—theater," Santos said in a statement.

The 31-year-old majored in theater arts at the University of the Philippines – Diliman, where he played supporting roles in Bilanggo ng Pag-ibig, Adarna, and Orosman at Zafira to name a few. He also took up a few classes in musical theater at the Circle in the Square Theatre School in New York City. He was part of Red Turnip Theater's Constellations as Roland in 2016 and Sugid Productions' Buwan at Baril sa Eb Major in 2017.

In Lam-ang, Santos is expected to be a triple threat: sing, act, and move to a beat while doing the fight scenes of the hero. The musical is based on the Ilocano epic titled Biag ni Lam-ang (The Life of Lam-ang). Like all Philippine folklore, the story has a number of versions, but all of it tells the bravery of Lam-ang who was extraordinary since birth.

"Lam-ang will dissect the journey of a conqueror and his journey towards conquering himself, and how he was eventually conquered by love. This staging is very grounded, so it is relatable as it is aspirational. It is a beautiful love story of family, self, and romance," director Fitz Bitana explained. He is joined by Marco Viaña at the helm of the production.

Anna Luna joins Santos in the cast of Lam-ang. The rest of the artistic team includes TJ Ramos as musical director, JM Cabling as choreographer, Bonsai Cielo as costume designer, and Meliton Roxas for lights design.

Lam-ang runs from December 6 to 15 at Tanghalang Aurelio Tolentino (Little Theater), Cultural Center of the Philippines, Roxas Boulevard, Pasay City. Tickets, priced from P1,000 to P1,500, are available through Ticketworld.