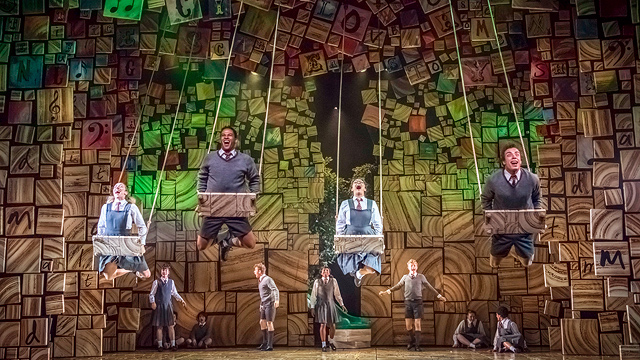 Ready Your Wallets: Tickets to Matilda, The Musical Go on Sale This Week

It's the international tour!

(SPOT.ph) ICYMI: Matilda, The Musical is coming to Manila! It's the original Royal Shakespeare Company production, which means we get to see the Laurence Olivier award-winning staging—from choreography to set design. If you've been eyeing to reserve a seat since the news broke, you'd be glad to know that tickets are going on sale starting on November 26, Tuesday at 3 p.m. for Matilda, The Musical's run at The Theatre at Solaire in March 2020.

Subscribers to the GMG Productions Newsletter get first dibs (with discount!) hours before everyone: from 10 a.m. to 2 p.m., also on November 26. Plus, there's the Tuesday Special, where there's a blanket ticket price for all orchestra seats—whether orchestra center, left, or right; as well as for all balcony seats. Exact ticket costs are yet to be announced, but The Theatre at Solaire often sells theater seats from P1,000+ to P7,000+.

Matilda, The Musical, which is based on the 1988 children's novel of the same title by Roald Dahl, follows the story of a little girl with amazing intelligence and telekinetic powers. Despite her lovable nature, Matilda is often ignored and, most of the time, misunderstood.

It was first staged by the Royal Shakespeare Company in Stratford-upon-Avon for a 12-week preview in 2010, before its West End premiere in November 2011 at Cambridge Theatre in London and Broadway premiere in April 2013 at Shubert Theatre in New York. The international tour has been to South Africa, Singapore, and China.