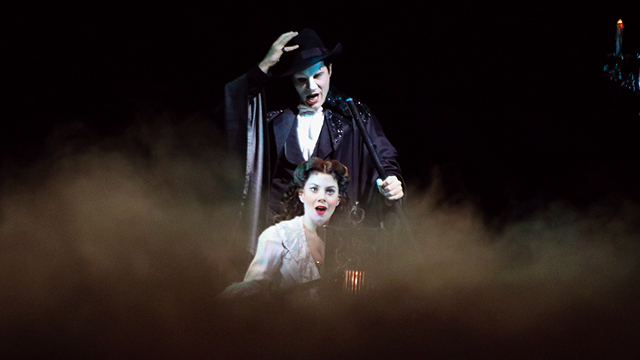 This Free Online Concert Will Play Songs From The Phantom of the Opera, Cats + More

It's an Andrew Lloyd Webber night.

(SPOT.ph) After watching (and rewatching) Take Me to the World: A Sondheim 90th Birthday Celebration in the past few days, you may have had enough of the Broadway composer's hits—at least for now. On the opposite side of the world—specifically New York's counterpart in London, West End is presenting a night of English composer Andrew Lloyd Webber's greatest songs. The 1999 musical concert Andrew Lloyd Webber: The Royal Albert Hall Celebration is having an online airing on May 1 at 2 p.m., Eastern Standard Time, or May 2 at 2 a.m., Philippine Standard Time. It will be available for free on YouTube for 48 hours.

The free streaming is happening through the YouTube channel The Shows Must Go On, which previously aired Love Never Dies, The Phantom of the Opera, Joseph and the Amazing Technicolor Dreamcoat, and Jesus Christ Superstar. It is for the benefit of The Actors Fund, Acting for Others, Broadway Cares, Actors Benevolent Fund, and more.

Andrew Lloyd Webber: The Royal Albert Hall Celebration goes live on May 2, 2 a.m. (Philippine Standard Time). It is available online for 48 hours on The Shows Must Go On!.

Free Things To Do Streaming Andrew Lloyd Webber Musical Adventurer Savvy Seasoned Theater
Your Guide to Thriving in This Strange New World
Staying
In? What to watch, what to eat, and where to shop from home
OR
Heading
Out? What you need to know to stay safe when heading out