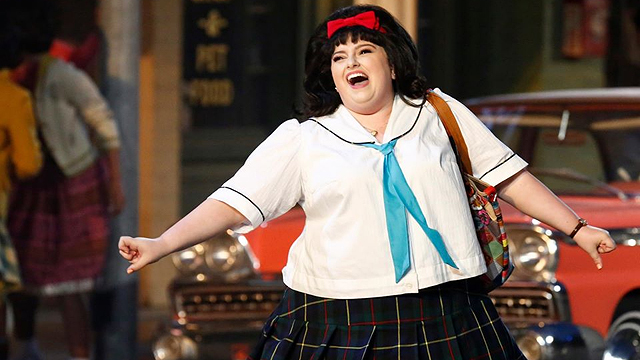 (SPOT.ph) The 1988 dramedy film Hairspray is one of the most well-known films about the '60s, so much so that it's often referenced in Halloween costumes and themed parties. It was later adapted into a musical that premiered on Broadway in 2002, where it went on to bag eight Tony Awards. It was also adapted as a movie musical starring John Travolta in 2007. In 2016, Hairspray was aired live as a television special by NBC—and you can watch it for free on YouTube on May 29 at 2 p.m., Eastern Standard Time, or May 30 at 2 a.m., Philippine Standard Time. It will be available on The Shows Must Go On’s YouTube channel for 48 hours. Unfortunately, The Shows Must Go On's YouTube page later announced that "due to rights restrictions. this show won’t be available in LATAM and Asia."

Hairspray Live! is set in 1962 Baltimore, Maryland, where Tracy Turnblad dreams of dancing in a local TV program. She later wins a role on the show and becomes a celebrity overnight. It stars Maddie Baillio as Tracy Turnblad, Jennifer Hudson as Maybelle "Motormouth" Stubbs, Ariana Grande as Penny Pingleton, Kristin Chenoweth as Velma Von Tussle, Dove Cameron as Amber Von Tussle, and many more. The show is hosted by Darren Criss.

The Shows Must Go On previously aired Cats, Love Never Dies, The Phantom of the Opera, Joseph and the Amazing Technicolor Dreamcoat, and Jesus Christ Superstar. It is for the benefit of The Actors Fund, Acting for Others, Broadway Cares, Actors Benevolent Fund, and more. The initiative so far has raised half a million dollars, according to Andrew Lloyd Webber.

UPDATED (May 29): Announcement from The Shows Must Go On! said that Hairspray Live! "won’t be available in LATAM and Asia" due to rights restrictions.

Hairspray Streaming Free Things To Do Adventurer Savvy Seasoned Theater Musical
Your Guide to Thriving in This Strange New World
Staying
In? What to watch, what to eat, and where to shop from home
OR
Heading
Out? What you need to know to stay safe when heading out