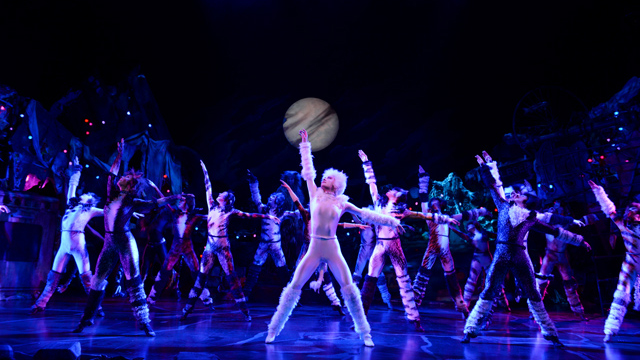 (SPOT.ph) After The Phantom of the Opera, Love Never Dies, Joseph and the Amazing Technicolor Dreamcoat, and Jesus Christ Superstar, another Andrew Lloyd Webber classic is finally coming to our computer screens. YouTube channel The Shows Must Go On! is presenting Cats on May 15 at 2 p.m., Eastern Standard Time, or May 16 at 2 a.m., Philippine Standard Time. It will be available online for 48 hours (or until May 18, 2 a.m.).

The filmed staging features Cats' 1998 production where Elaine Paige starred as Grizabella, Ken Page as Old Deuteronomy, John Mills as Gus the Theatre Cat, Bryn Walters as Macavity, and Jacob Brent as Mistoffelees. The musical was based on T.S. Eliot's 1939 poetry collection Old Possum's Book of Practical Cats. It tells the story of one special night when a tribe of cats called the Jellicles are given the chance to be reborn.

One of the longest-running shows in West End and Broadway, Cats premiered at the New London Theatre in 1981, where it played for 21 years with almost 9,000 performances. Its original London production won the Best New Musical during the 1981 Laurence Olivier Award, while its original Broadway production bagged the Best Musical Award, Best Book of a Musical, Best Original Score, and four other citations during the 1983 Tony Award. The world tour, which featured Filipino artist Joanna Ampil, made a stop in Manila in November 2019.

Streaming Free Things To Do Cats Andrew Lloyd Webber Adventurer Savvy Seasoned
Your Guide to Thriving in This Strange New World
Staying
In? What to watch, what to eat, and where to shop from home
OR
Heading
Out? What you need to know to stay safe when heading out