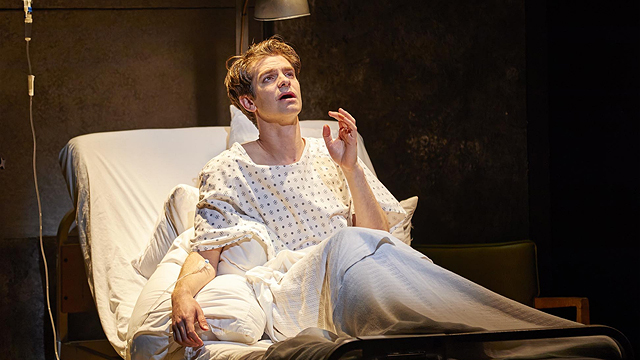 You can watch it on demand for less than P500.

(SPOT.ph) If New York has Broadway, London has the West End. It is every theatergoer's mecca with an entire neighborhood dotted with theaters showing a range of musicals and plays. But on March 16, 2020, following a lockdown amid the COVID-19 pandemic, all theaters were closed—forcing theater companies to adapt through online streaming. One of these is the streaming service National Theatre at Home, which just added the award-winning Angels in America to their collection. The two-part play stars American-British actor Andrew Garfield, who is known for 2012 film The Amazing Spider-Man.

Angels in America by Tony Kushner follows the life of one Louis Ironson (Nathan Lane) who abandons his AIDS-stricken lover, Prior Walter (Andrew Garfield). It is set in mid-1980s Manhattan and revolves around hard-hitting themes of homosexuality, drug addiction, and faith.

Andrew Garfield in Angels in America:

The first part, Millennium Approaches, premiered in May 1991 in San Francisco before heading to London in a National Theatre production at the Dorfman Theater (formerly Cottesloe Theater) on January 23, 1992. The production available through National Theatre at Home was filmed live in Lyttelton Theatre in London in 2017. It was directed by Marianne Elliott.

Millenium Aproaches was performed in a local production by Atlantis in March 2019 at the Carlos P. Romulo Auditorium in Makati City. Topper Fabregas gave so much life to the dying Prior Walter that you just knew there is no one else in the local theater scene who could take on this character so well. His trademark mannerisms—the twitching nose and flicking fingers—combined with his ability to easily shift from a terminally ill yet optimistic HIV-positive patient to an enraged yet pining lover, left everyone enthralled.

Also read: 10 Shows From 2019 That Deserve a Standing Ovation

Streaming London Angels In America Play Adventurer Savvy Seasoned Streaming Services
Your Guide to Thriving in This Strange New World
Staying
In? What to watch, what to eat, and where to shop from home
OR
Heading
Out? What you need to know to stay safe when heading out