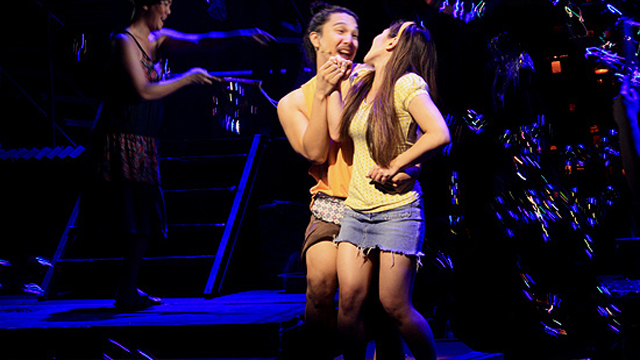 (SPOT.ph) When was the last time you've watched a live musical or play in a theater? Probably just right before this lockdown. While we miss watching a live show as much as you do, it's a good thing that some theater productions are using the power of the Internet to bring the theater right to our homes. In an announcement by TheaterFansManila.com, it was revealed that hit Filipino musical Rak of Aegis is finally streaming via a pay-per-view scheme on Ticket2Me.net. This is happening for two weekends: July 31 and August 1, then August 7 and 8.

Produced by PETA Theater Center, Rak of Aegis first opened on January 31, 2014 and ran for seven seasons with sold-out shows. The most recent run was in September 2019, few months before this pandemic that forever changed our lives. The upcoming streaming part of PETA’s #TakePETAbeyondCOVID fundraising campaign.

The jukebox musical tells the story of fictional Barangay Venizia, which has been submerged in floodwater for two months. Aileen tries to escape her flooded town by trying her luck at YouTube, hoping it would help her become a singing sensation. Things get complicated when a politician swoops in with relief goods—and empty promises—to paint himself as the town's savior. Stringing 20 songs from the '90s band Aegis, it was inspired by events that happened during Typhoon Ondoy in 2009.

Not much has been said about ticket prices, but you can follow Ticket2Me on Facebook for updates.

Staying In Rak Of Aegis Theater Musical Peta Streaming Adventurer Savvy Seasoned
Your Guide to Thriving in This Strange New World
Staying
In? What to watch, what to eat, and where to shop from home
OR
Heading
Out? What you need to know to stay safe when heading out