Ramen Nagi Lets You Have Free Gyoza and Karaage This Weekend
Loading
Already a member? Log in
No account yet? Create Account
Spot.ph is your one-stop urban lifestyle guide to the best of Manila. 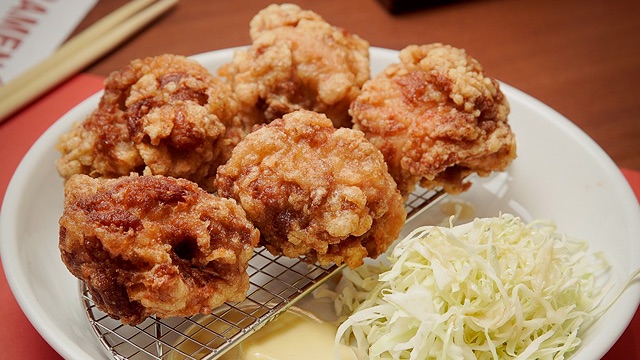 Just in time for payday!

(SPOT.ph) Ramen by itself is great, but ramen with a good side or two is even better. Ramen Nagi, in particular, serves up some pretty mean gyoza and karaage—the latter even got the fourth spot in our 2016 Top 10 Chicken Karaage list. If you pay them a visit from February 27 to March 1, you’re in luck: just order any three of their signature ramen—choose from the Original King (P395), Red King (P450), Green King (P450), or Black King (P450)—plus three glasses of Iced Tea (P85), and you get an order each of their Gyoza (P235) and Chicken Karaage (P275) for free!

Ramen Nagi is a ramen chain that originates from Japan. It was founded by Chef Ikuta Satoshi in 2004 and has since expanded to open branches all over Asia, including the Philippines in 2013. Aside from their signature kings, they’re also known for coming up with novel flavors called “limited kings”—some of the previous iterations include Wild Cheese Curry King, Soft-Shelled Crab King, and Binagoongan King.

Ramen Nagi Ramen Gyoza Karaage Japanese Food Adventurer Cheap Eats
Your Guide to Thriving in This Strange New World
Staying
In? What to watch, what to eat, and where to shop from home
OR
Heading
Out? What you need to know to stay safe when heading out