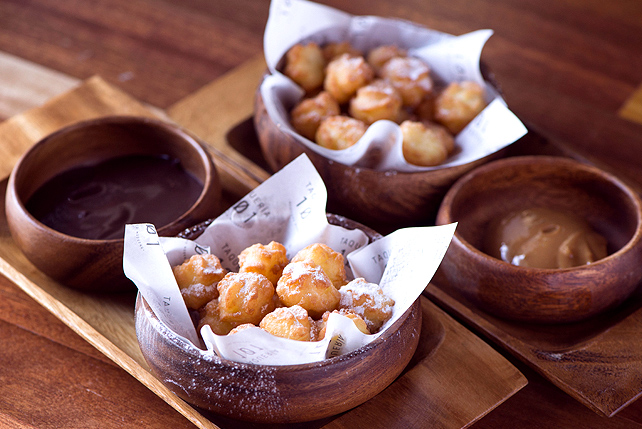 10 Incredible Takes on Churros in Manila

Not all churros are created equal 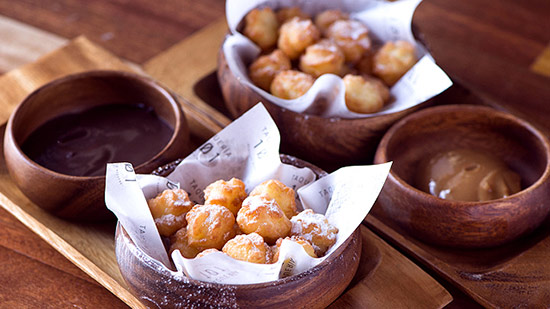 (SPOT.ph) Not all churros have to be eaten with a chocolate dip. In the past year, Metro Manila has reached a stage where this crispy-fried treat has become common enough for chefs and restaurateurs to play around and present it in new ways—all for the sake of piquing people's hungry curiosity. Tubes of churros? That's always reliably yummy. How about churro s'mores? Now we have you hooked. 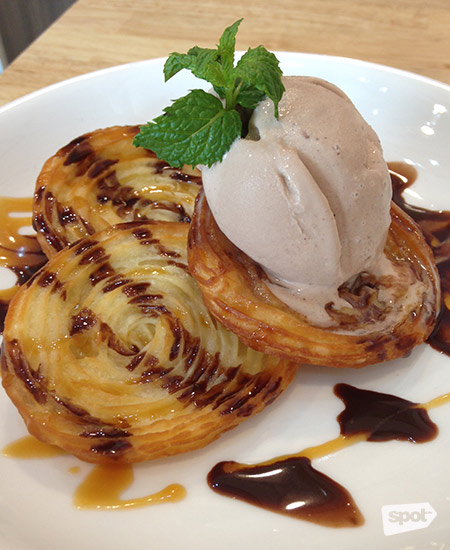 Think of this as churros à la mode. Papa Diddi's puts crispy churro discs under their handcrafted ice cream to develop a nice contrast in texture. The two major elements play off each other beautifully and the zigzag of chocolate and caramel sauces add just the right touch of sweetness. 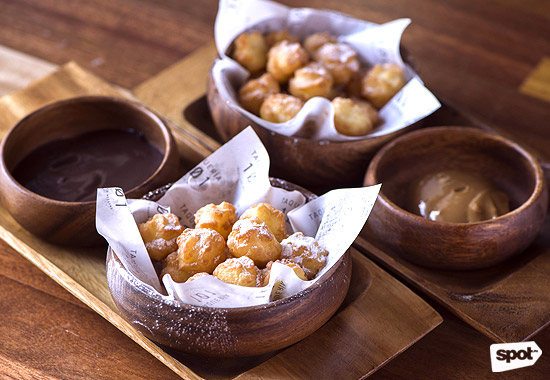 Even if the folks behind Taqueria 101 didn't sell stellar tacos, they could still make a killing with these ultra-addictive churro poppers. Shaping choux pastry into bite-sized balls is apparently the most effective churro presentation. It finds the happy middle ground for crunchiness and fluffiness. This "popcorn" is so light and airy that it can withstand richer sauces like chocolate or dulce de leche.

If you want something heftier, Taqueria 101 also has Churro S'mores (P180). 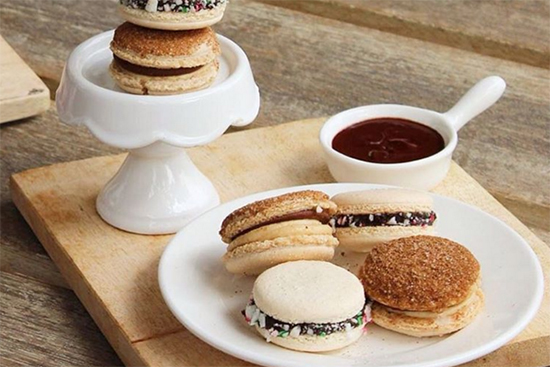 From Cheetos to bibingka, turning beloved treats to macarons is Anna Graham's specialty. It was only a matter time before churros would be subjected to her magic. These creamy cookies even come with cinnamon sugar and chocolate dip to truly drive home that churro effect. 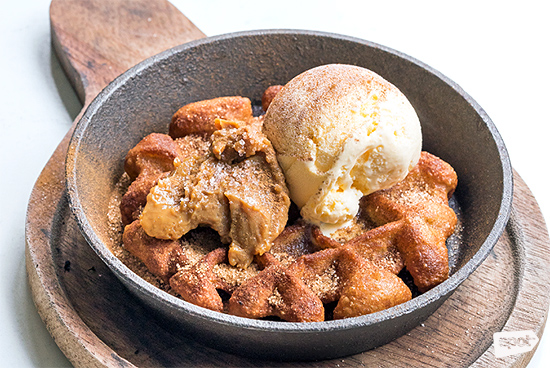 So many things have been said and written about this intriguing hybrid and everything that has been said and written is largely true. This playful taqueria combines the awesome powers of churros and waffles to make something that we simply cannot resist. This Chwaffle is crunchy through and through, putting a light balance to the dulce de leche and vanilla ice cream topping. 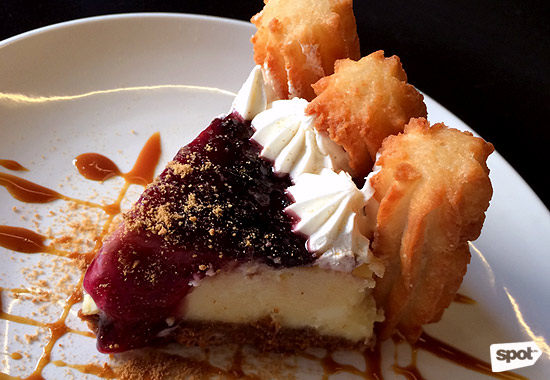 Mr. Churros, also known as Chef Marion Reyes Go, has a whole bunch of churros in his arsenal, but it's the cheesecake that makes us ask for a second slice. It's essentially a blueberry cheesecake, but enrobed with sticks of churros. The crunchy choux pastry definitely embellishes much-needed texture to the cake, and we find that it's best to use the churros on the sides as makeshift, edible "forks." 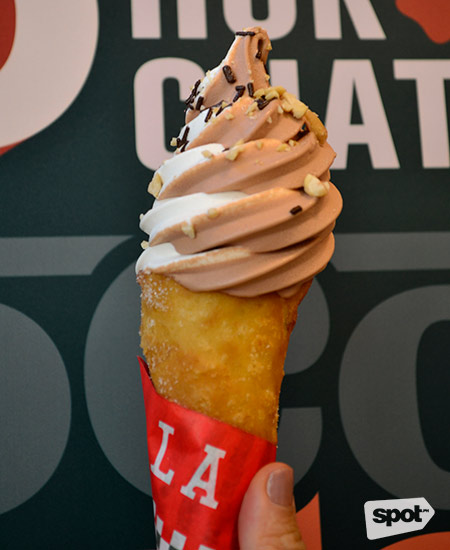 You didn't think we'd forgotten about Churreria La Lola, did you? This chain is well known for coming up with every churro permutation anyone can think of. This summer, they launched their own handcrafted soft-serve ice cream. Because that doesn't sound very "churro," they decided to make churro bowls and cones to eat it in!

By the way, La Lola's sister restaurant, Rambla, which started the owners on this whole fried-pastry journey, has gourmet versions of their churros. 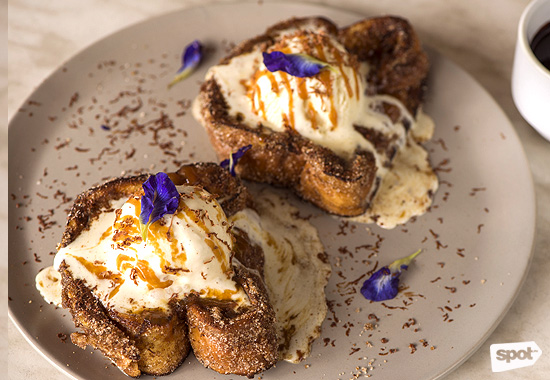 This picture-perfect dish puts together french toast and churros, but it also reminds us of a cinnamon bun. Sweet and savory collide in this assembly of thick brioche slices sprinkled with Vietnamese cinnamon sugar, embellished with caramel and edible flowers, then crowned with homemade vanilla bean ice cream. 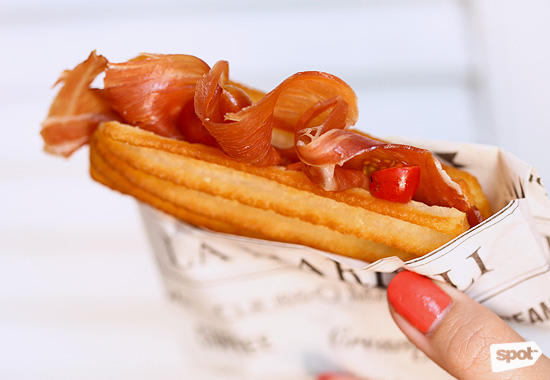 What we love about La Maripili's savory churros is that how they slice it to make a pocket for the filling. It's almost like a churro bun. Among the savory options, the Jamon Serrano stands out as a fast favorite. The salty, meaty ham is just a perfect complement to the slightly sweet choux pastry. 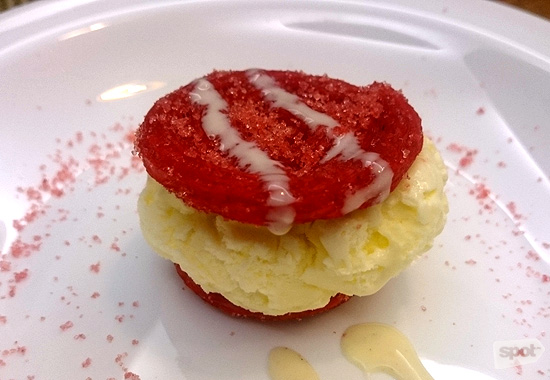 Rolling churros into flat discs and using them as sandwich bread is old hat (we should know, we made a list), but we like how The Bark (so named because of the owners' obsession with cinnamon) makes theirs in different flavors—not just to stand out, but more so to complement the ice cream filling in between. The folks behind this start-up love to play with new ideas, and they've already come up with Red Velvet, Oreo, and Cinnamon for their churro buns. 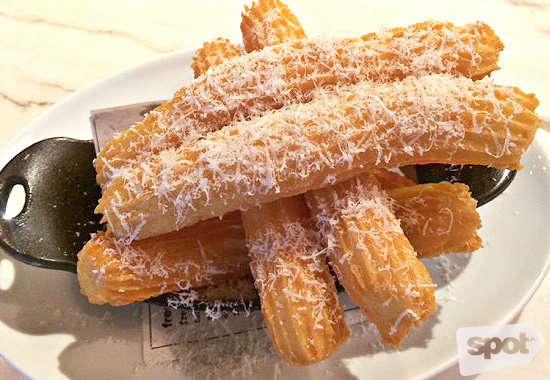 Trust Wildflour to go savory when everyone is turning sweet. Their churros are stuffed with salty cheese then topped with more cheese because when is cheese ever too much? These babies also opt for plush instead of crunch. It's like biting into cheesy clouds—and Wildflour will definitely take you to gastronomic heaven with this yummy snack.

Wildflour Churreria La Lola Churros La Maripili Little Bear Diner Mr. Churros Mrs. Grahams Papa Diddi's Handcrafted Ice Cream Rambla Taco Vengo Taqueria 101 The Bark
Your Guide to Thriving in This Strange New World
Staying
In? What to watch, what to eat, and where to shop from home
OR
Heading
Out? What you need to know to stay safe when heading out