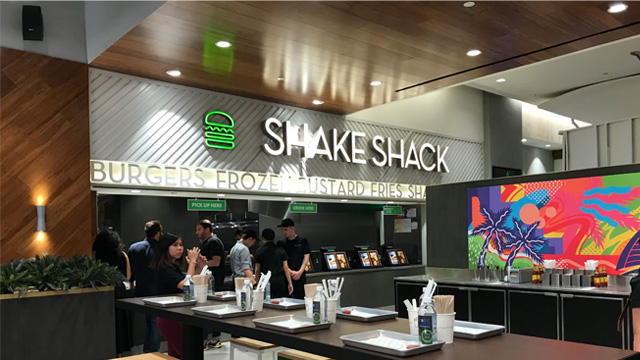 (SPOT.ph) When it comes to famous food stops from around the world that we wish would arrive in the Philippines, Shake Shack tops the list. So imagine everyone's excitement when Shake Shack finally announced that they were opening their first branch at Central Square, Bonifacio Global City. And they're finally giving us a sneak peek into their first local outpost, opening on May 10.

From a hot-dog cart at Madison Square Park in 2001, Shake Shack opened a permanent outpost at the park in 2004 and has since expanded to over 249 locations both in the United States and globally. Some of the countries that have the burger chain's branches include Japan, Singapore, South Korea, the United Kingdom, and now, the Philippines.

Shake Shack proudly proclaims on their website that they only use "100% all-natural Angus beef, with no antiobiotics or hormones" and are served "medium [...] and on a Martin's Potato Roll."

Their most famous item that we're excited to have in Manila is, of course, the Shackburger—a single or double cheeseburger with lettuce, tomato, American, cheese, and their signature Shack Sauce. Another must-try is SmokeShack with applewood-smoked bacon, and chopped cherry peppers, and the 'Shroom Burger, a veggie burger with a Portobello-mushroom patty that's filled with melted muenster and cheddar cheese.

Aside from burgers, Shake Shack also has chicken sandwiches, hot dogs, French fries, shakes, and frozen custard. Plus, they’re introducing items exclusive to Manila, too, like the Ube Shake with vanilla frozen custard blended with ube.

Here's what we're most excited to have at Shake Shack Philippines:

The burger joint was brought to the Philippines by retail giant Stores Specialists, Inc., which has also brought big brands like Zara, Bershka, MUJI, GAP, Old Navy, and MAC Cosmetics to the country.

Shake Shack Central Square Bonifacio Global City
Your Guide to Thriving in This Strange New World
Staying
In? What to watch, what to eat, and where to shop from home
OR
Heading
Out? What you need to know to stay safe when heading out