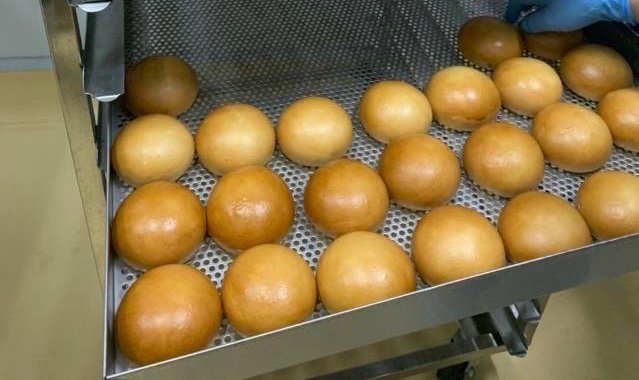 The first batch is being donated to Caritas Manila.

(SPOT.ph) The San Miguel Corporation has announced the revival of Nutribun, described as being made from "a blend of local and donated ingredients, and distributed in elementary school feeding programs as a ready-to-eat complete meal." Initially launched in the '70s for students to have access to a nutrient-rich meal, the vitamin-packed bread is now intended for distribution to charity drives and vulnerable communities in Metro Manila—to families that either have no access to or are unable to afford food at this difficult time. "The first batch of Nutribuns will be donated to Caritas Manila," the corporation said in a press release.

At 250 calories per bun, Ang says of the bread, “This is safe, sufficient, and nutritious food for the hardest-hit families facing hunger as a result of the COVID-19 crisis."

The San Miguel Corporation (SMC) had recently announced that they would continue food production and run it 24/7, with SMC President Ramon Ang saying, "This isn’t about making profits. We have a responsibility to make sure that food is made available to as many people as possible."

SMC also continues to produce and distribute other products, such as canned food, coffee and biscuits to local government units (LGUs), checkpoints, and hospitals within the metro. Of these beneficiaries, according to a statement from the company, are the following:

Areas where the most number of COVID-19 cases have been recorded—namely, the National Capital Region—are to be prioritized. “We will continue to step up and find creative ways to help the neediest and most vulnerable," said Ang. "We have the means, we just have to work together to win this battle."

San Miguel Corporation Tpc-000001 Nutribun Food News Savvy Seasoned Adventurer New Normal Opinions
Your Guide to Thriving in This Strange New World
Staying
In? What to watch, what to eat, and where to shop from home
OR
Heading
Out? What you need to know to stay safe when heading out