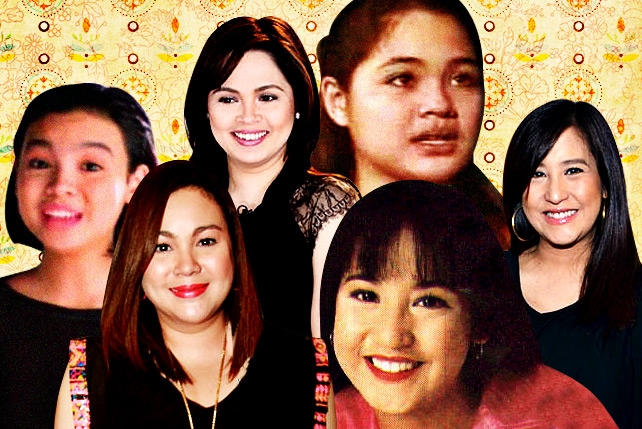 Yes, this list will probably make you feel old. 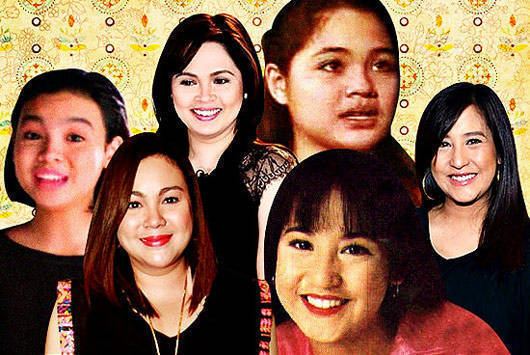 (SPOT.ph) If you grew up in the ’90s, you might remember the kiddie TV shows Esmyuskee, Eh Kasi Bata, Ang TV, or the movie Sarah, Ang Munting Prinsesa, where Filipino kids donned Victorian era-style dresses despite the Philippines' tropical weather. Some of the ’90s child stars who starred in those shows went on to have their own successful showbiz careers, and we’re listing 10 of them who’ve graduated from kiddie roles to parent roles on and off screen. 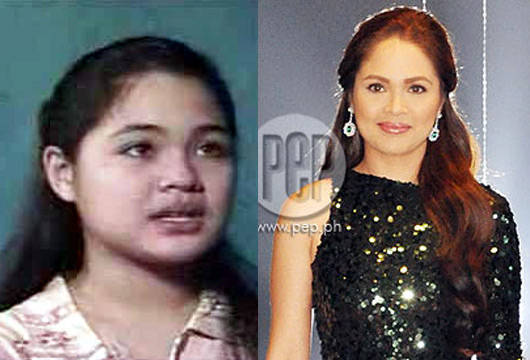 Judy Ann Santos
Judy Ann Santos' first television break was playing Ula, Ang Batang Gubat in 1988. Then, in 1992, she tugged at heartstrings with her breakthrough role as the maltreated Mara in the telenovela Mara Clara. In later years, Judy Ann ruled as the drama princess, starring in soaps such as Esperanza, Basta't Kasama Kita, Sa Piling Mo, and Ysabella. She successfully transitioned to movies and has been lauded as one of the best actresses of her generation. She is married to Ryan Agoncillo and they have two kids, Yohan and Lucho.
Mother role: Judy Ann won awards for her performance in Sabel, where she plays a mother, albeit a mercurial one. She says she doesn't have any problems accepting mother roles since she is one in real life. 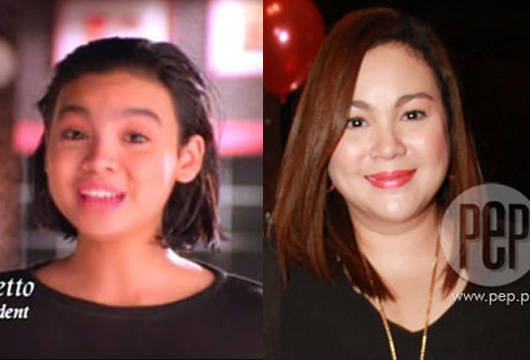 Claudine Barretto
Optimum star Claudine Barretto dominated television and movies during her heyday as a fresh-faced teen and ABS-CBN talent during the 1990s. She played the daughter of Dolphy in the TV sitcom Home Along Da Riles, was a damsel in distress in the teleserye Mula sa Puso, and became a mermaid in the TV series Marina. In real life, the mother of two is fighting for custody against ex-husband Raymart Santiago.
Mother role: Claudine was last seen in the short-lived GMA fantaserye Iglot, where she played Mariella, a mother looking for her missing daughter. 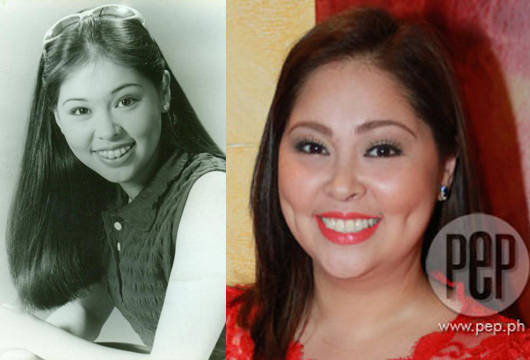 Angelu de Leon
Dimpled and puffy-cheeked Angelu de Leon began her career in Ang TV, but achieved stardom when she played Peachy in the popular teen show T.G.I.S., opposite onscreen partner Bobby Andrews. Now, Angelu is a born-again Christian wife to husband Wowie Rivera and mother to two daughters, Nicole and Louie (from two previous relationships) and son Rafa.
Mother role: In a Magpakailanman episode, Angelu played a mother who is devoted to the Sto. Nino. 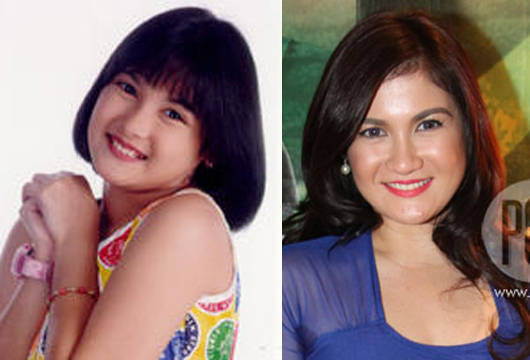 Camille Prats
Camille played the quintessential adorably helpless lass who you couldn't help but root for. She made the character of Sarah Crewe-an orphaned boarding school student in London-accessible to the Filipino masses when she starred in the classic children's movie Sarah, Ang Munting Prinsesa. Plus, she brought back to style long-sleeved ruffles and frills. Now no longer playing an orphan, Camille is a devoted single mother to her son Nathan.
Mother role: She is currently playing the role of Maricar, a betrayed wife and mother, in the new GMA series The Borrowed Wife. 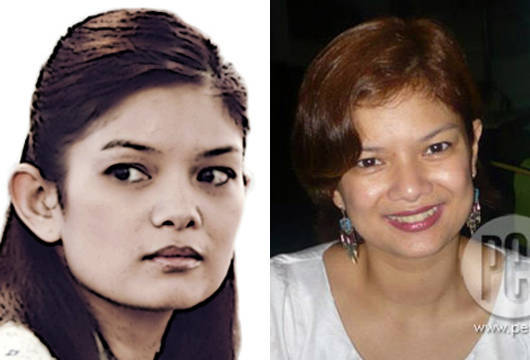 Meryll Soriano
Meryll Soriano, the daughter of Willie Revillame and niece of Maricel Soriano, was a child actress who starred in sitcoms and movies during the early 1990s. She also starred with Aiza Seguerra in the 1997 movie Computer Kombat. Now, Meryll is a mother to her son Elijah, with ex-husband Bernard Palanca.
Mother role: Her most recent TV appearance was in Maalaala Mo Kaya, where she played the real-life version of YouTube sensation Elevator Girl, a dutiful mother who is struggling to make ends meet. 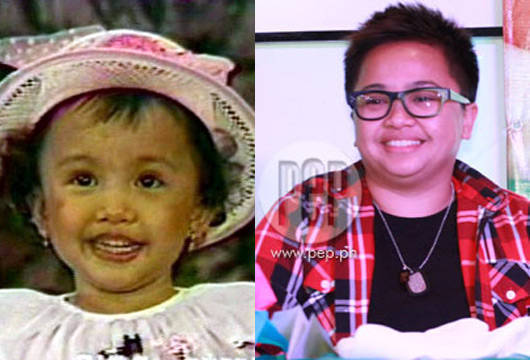 Aiza Seguerra
After joining Eat Bulaga's Little Miss Philippines in 1987, Aiza impressed Vic Sotto and Joey de Leon and she became part of the show up until 1997. An in-demand child star all throughout the ’90s, she often played the role of Vic Sotto's daughter in Okey Ka Fairy Ko! and the Enteng Kabisote spin-offs. In her late teens, she reinvented herself as a singer-songwriter and has had a successful music career. In 2007, she came out publicly as a lesbian.
Mother role: In Be Careful with My Heart, she played Kute, the older sister of Maya (Jodi Sta. Maria). Aiza admits she was surprised when she found out it that the role would have her playing a mother. 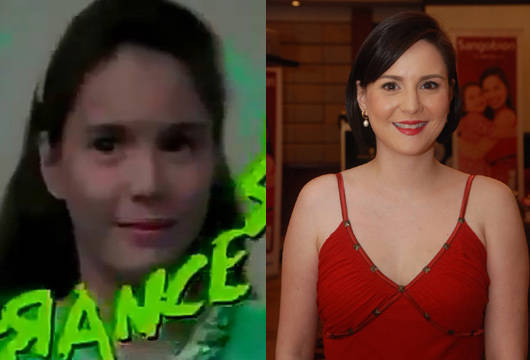 Cheska Garcia
Cheska was the cute little mestiza in the afternoon TV show Ang TV who, as a teenager, played villainess roles due to her patrician features. Now, she is the other half of Team Kramer, along with basketball player husband Doug. She proved that her being kontrabida is only for show as she is an affectionate mother to three adorable children: Clair, Scarlett, and Gavin.
Mother role: Although they don't have a reality show, Team Kramer has become a celebrity family and is something of a phenomenon. 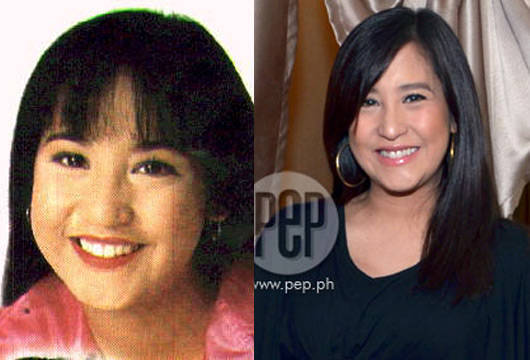 Jolina Magdangal
Jolina stood out from the Ang TV cast because of her singing talent. She later played the memorable SC in the teen show Gimik, which led to a kilig-worthy love team with Marvin Agustin. Jolina switches seamlessly between acting, singing, and hosting. She and hubby Mark Escueta are expecting their first child.
Mother role: In the primetime series Mundo Mo'y Akin, she takes on a more mature role as the mom of Alden Richard's character. 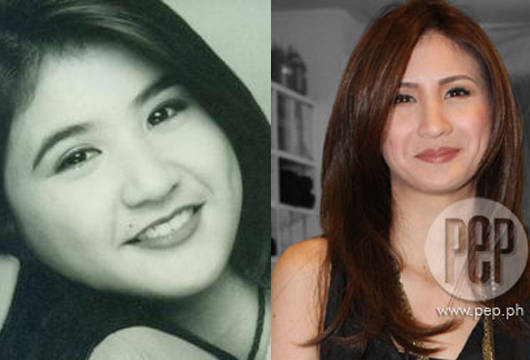 Rica Peralejo
Rica Peralejo was the all-smiling teen during her Ang TV days, but she reinvented herself when she took on daring and sexy roles for the movies. She later became a pastor's wife and is now a new mother to Philip Nathaniel.
Mother role: For Maalaala Mo Kaya's Mother's Day episode, Rica took on the challenging role of Minda, a young pedophile victim who has a child at age 12 and who subsequently has three more children. 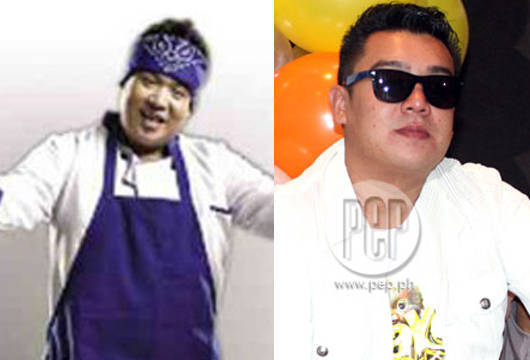 Vandolph
Vandolph Quizon is the son of Dolphy and Alma Moreno. He was one of the original Ang TV cast members. He later played the character Baldo, one of Dolphy's sons, in the TV series Home Along da Riles. In real life, Vandolph is now a father to son Vito and he is married to dancer Jenny Salimao.
Father role: Vandolph played a policeman father to son Muymuy in the ABS-CBN TV series Wako Wako.

Art by Warren espejo, with photos from pep.ph.

Child Stars '90s Aizaseguerra Judyannsantos Claudinebarretto Meryllsoriano Angeludeleon Ricaperalejo Camilleprats Cheskagarcia Jolinamagdangal Vandolf
Your Guide to Thriving in This Strange New World
Staying
In? What to watch, what to eat, and where to shop from home
OR
Heading
Out? What you need to know to stay safe when heading out