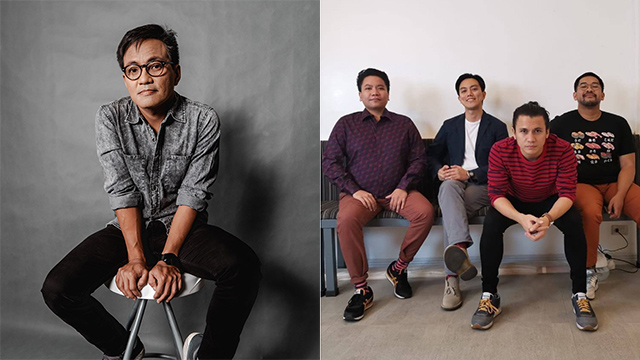 All the Artists Performing at the Week-Long UP Fair 2020

(SPOT.ph) February means different things to different people—it's either a day when you have to pull out all the stops, or it's just a regular Friday (depending on your relationship status). For fans of music though, the month of love means a week-long music fest courtesy of the University of the Philippines Fair, or the UP Fair. This year's edition will run from Monday to Saturday, February 10 to 15. And as it does every year, all days of the fair will be held at the Sunken Garden.

Every day of the fair boasts a different lineup of artists. Along with a night full of music, fair food, and rides, each day also has a cause or advocacy, like climate justice and gender equality. If you're planning to go but don't know which day best suits your taste, or hey, if you plan to go all days but want to know who's performing, you've come to the right place.

This year's edition of the fair will start on a Monday (instead of the usual Tuesday) and it's dubbed Hiwaga. The fair's first day will reportedly champion national sovereignty, and will feature music from Callalily, Ebe Dancel, Unique Salonga, and UDD. Heavy metal band Slapshock, Pinoy pop group SB19, actress-singer Glaiza De Castro, This Band of "Kahit Ayaw Mo Na" fame, singer-songwriters Clara Benin and Reese Lansangan, and five-piece band Philia will also get the UP Fair crowd jumping.

O/C Records artists Gian Magdangal, Earl Generao, Rice Lucido, Frizzle Anne, Bita and the Botflies, Martin Riggs, Calein, and Zsaris will also hit the stage, and local bands Paraluman, bird., and The Busking Community PH round up the performers for that night.

Regular tickets are priced at P200 and can be purchased at the PlatinumList website. For more information, check out Hiwaga: UP Fair Monday's Facebook page.

Tuesday will be pretty hip-hop and rap-heavy: Rappers Gloc-9, Shanti Dope, ALLMO$T, Al James, and Arvey, and hip-hop artist Because are set to hit the stage. They'll also be joined by Ron Henley, Just Hush, and BLKD x Calix. Singer-songwriters KZ Tandingan and Kiyo will also be present, along with Matthaios x Calvin of "I Want You Back" fame, Mark Oblea, and vocalists Maria Laroco x AYSDEN. The night calls everyone to fight for the urban poor.

Regular tickets are priced at P200 and can be purchased at the PlatinumList website. For more information, check out Kalye Tunes: UP Fair Tuesday's Facebook page.

Elements' advocacy is academic freedom, which fights for the right of academic institutions all over the country to teach students in their preferred manner without interference.

Regular tickets are priced at P200 and can be purchased at the PlatinumList website. For more information, check out Elements: UP Fair Wednesday's Facebook page.

Sometimes, all you need is a sample of everything, and the Thursday edition of the fair brings artists from different genres together. We're pretty sure you can't get singer-songwriter and former Riverymaya frontman Rico Blanco and rap star Andrew E on one night, but you can at Roots. Local bands Orange and Lemons, 6Cyclemind, Moonstar88, The Itchyworms, Shirebound and Busking, Munimuni, Pedicab, Never the Strangers, Paint It Black, and AIZO, along with electro-pop trio Area 25, are all set to play their songs for the crowd. Soloist Johnoy Danao will also play his hits that night.

Ourselves the Elves, Please Process, Ivan Theory, OGG, and Tard complete the lineup. In line with the nature theme of Roots, the night's advocacy is climate justice.

Regular tickets are priced at P200 and can be purchased at the PlatinumList website. For more information, check out Roots Music Festival's Facebook page.

February is the month of love, and February 14 is a special (or regular) day. Regardless of how you spend your Valentine's day, you can count on these artists to rock your night away: Hale, Autotelic, The Itchyworms, Mayonnaise, IV of Spades, and Orange and Lemons will have you jamming along. Munimuni and Moonstar88 are performing for the second time in the fair on Friday.

Back for a second night as well will be Al James and Tamara. Local acts Lola Amour, She's Only Sixteen, Magnus Haven, Over October, Sofa Sky, Better Days, Join the Club, Leanne and Naara, St. Wolf, and The Quirks will also perform during Valentine's day. The Friday edition of the fair is calling for gender equality and everybody's right to love.

Regular tickets are priced at P200 and can be purchased at the PlatinumList website. For more information, check out Cosmos : UP Fair Friday's Facebook page.

Bands Moonstar88 and Munimuni are set to perform for a third night on February 15. This is also the second night you can catch 6Cyclemind, Better Days, The MotherCampers, and Better Days. REV's advocacy is human rights.

Regular tickets are priced at P200 and can be purchased at the PlatinumList website. For more information, check out REV Music Festival's Facebook page.

Up Fair Up Fair 2020 Up Diliman Adventurer Savvy
Explore Spot.ph