Paul Klein of LANY on New Song Good Guys and Upcoming Album
Loading
Already a member? Log in
No account yet? Create Account
Spot.ph is your one-stop urban lifestyle guide to the best of Manila. 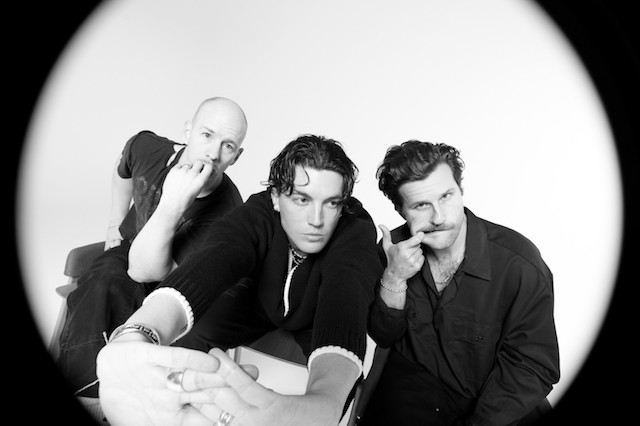 Paul Jason Klein of LANY on "Good Guys," the "Wrong Ones” + More

Their third album, mama's boy, will be out soon!

(SPOT.ph) There's something about American indie-pop band LANY that won not just the hearts of Pinoy fans but the rest of the world, too. We'd like to flex a bit and say that the feeling is mutual; on the second night of the band's three-day Manila concert in July 2019, frontman Paul Jason Klein declared, "No one tops you, Manila!" It must be the catchy love songs and heartbreaking tunes that gave everyone major LSS, and while it looks like it will be some time before we get to see Klein, Les Priest, and Jake Clifford Goss live, we can look forward to hearing new music from them soon.

SPOT.ph got to catch up with Klein in a video press conference, where he shared what fans can look forward to in their third album, mama’s boy, the concept of the "good guy," and—gasp—how to know if the person is the “wrong one.”

If Malibu Nights was a collection of songs to get through a breakup, the upcoming album goes more universal with the song themes and topics. Heartbreak is something that “half the world could relate [to], half the world couldn’t,” Klein says, in reference to the previous album. For mama's boy, fans can expect tracks that sound lyrically different from their previous releases aside from hearing various elements that the band hasn't used before.

Case in point: Their latest release, “good guys”, is their first song where they use an acoustic guitar. "It's something that [drummer] Jake [Goss] has always looked forward to and always talks to us about. And it just made so much sense to introduce that," Klein shares of the song that he wrote on his phone.

LANY fans who have been there since the beginning might wonder whether this track has anything to do with the 2017 bop “good girls” from their debut album, but Klein clarifies that  “they're completely independent from each other.” He points out, “What's kind of cool is the first single from our first album was ‘good girls,’ and now the first single from our third album is ‘good guys,’ but they're not a play on each other by any means, but it's kind of cool that happened.”

The third album will have the "typical LANY songs," as Klein puts it, as well as fresher takes on their sound. "mama's boy is us just growing and trying things and learning new things and experimenting. Like any band worth mentioning [and] any band worth their weight, you know, just trying to make a different album, every single time," he says of their upcoming release.

Their latest track focuses on the concept of “good guys” and how guys of this type never win. Contrary to what the song declares, Klein believes otherwise, but adds that “there's a lot of times where it feels like you don't.” He explains, “There's a lot of times in life where you have the best intentions in the world, and you do everything you possibly can and it just doesn't pan out. But I think, you know, I would encourage you to not grow weary... and just stay the course, keep treating people the way that you would want to be treated.”

Interestingly, one of Klein’s recent Instagram posts promoting "good guys" reads, “Please don’t spend your whole life trying to do the right things for the wrong ones.” It needs to be asked: Is it even possible to know who the wrong ones are?

"Look, I don't know anything. Nothing's worked out for me so far, so I you know I don't have the answers," Klein says, then adds, "But I think in my experiences, you kind of know pretty quick, and obviously people can change on you, and people can wake up one day and just not really liking, just like, 'Oh, okay.'

"Ninety-nine out of 100 times, right? Like the whole idea is that it's supposed to work once. And I think that's the risk that you need to know going into a relationship... Love is like, I'm gonna give it my best, but if it doesn't work then it makes sense, the odds were stacked against me in the first place."

Lany Paul Jason Klein Good Guys Adventurer Savvy Music
Your Guide to Thriving in This Strange New World
Staying
In? What to watch, what to eat, and where to shop from home
OR
Heading
Out? What you need to know to stay safe when heading out