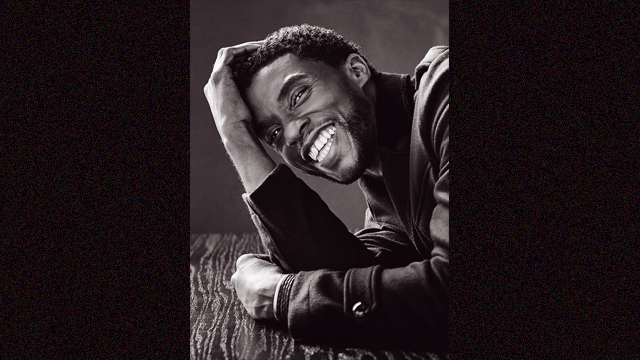 The actor has died after a battle with colon cancer.

(SPOT.ph) Actor Chadwick Boseman passed away on August 28, after a four-year long battle with colon cancer. His disease was not publicly known and the announcement of his passing, through a post on his Twitter account, was a shock to many.

Boseman was diagnosed in 2016, and "battled with it these last four years as it progressed to stage IV," said the offical statement. "A true fighter, Chadwick persevered through it all, and brought you many of the films you have come to love so much." It was confirmed that the actor passed away surrounded by his wife and family.

"It was the honor of his career to bring King T'Challa to life in Black Panther," added the statement. Boseman is most well-known for his portrayal of the Marvel superhero Black Panther, and was a large part of the Marvel Cinematic Universe, including the 2018 blockbuster hit. To remember the actor and the story he brought to life, we round up some of his most memorable moments as T'Challa, King of Wakanda.

T'Challa gets a new suit

His younger sister Shuri (Letitia Wright) tests out a new Black Panther suit on T'Challa—complete with some sibling antics.

He tests out the suit in an epic car chase

T'Challa gets to test out the new suit in a high-speed, high-stakes car chase through Busan, South Korea.

T'Challa crosses paths with Killmonger (Michael B. Jordan), a complex villain with a claim to the throne.

The battle between T'Challa and Killmonger

T'Challa and Killmonger battle it out for the throne of Wakanda.

Okoye, head of the Dora Miaje, says this as T'Challa's ship flies into Wakanda. Panoramic views of lush greenery and wildlife unfold, and then, after the mirage that conceals the city, we're treated to a jaw-dropping look at Wakanda's incredibly advanced capital. It's an awe-inspiring sequence that shows how Black Panther highlighted the balance between a people's modernity and strong self-identity. In T'Challa's words, "This never gets old."

Adventurer Savvy Seasoned Chadwick Boseman Mcu Marvel Cinematic Universe
Your Guide to Thriving in This Strange New World
Staying
In? What to watch, what to eat, and where to shop from home
OR
Heading
Out? What you need to know to stay safe when heading out