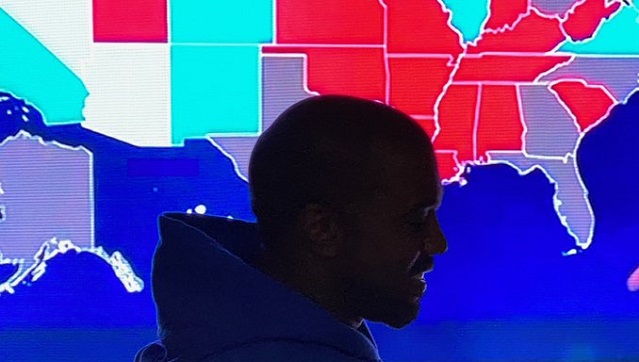 So, How Many People Actually Voted for Kanye West As U.S. President?

Aside from himself, of course.

(SPOT.ph) Kanye West has officially accepted defeat at the 2020 U.S. presidential elections—which is currently a tight race between Joe Biden and Donald Trump. But in case you want to know whether people took the rapper-producer-designer's presidential bid seriously, well, just know that as of the latest reports, Kanye has more than 60,000 votes, including his own.

The votes came from across 12 states in which West was in the ballot, according to Deadline. As of 10:30 a.m. PT Wednesday, the exact count from all 12 states was 60,761; Tennessee clocked in with the most votes at 10,216. So while we may not yet know exactly who the next President of the United States is, it definitely won't be West—not that he is easily discouraged.

The controversial figure conceded defeat in the evening of Wednesday, November 4, with a tweet that very clearly hinted at him running again in the next elections. The tweet originally had a cheeky "WELP" with the "KANYE 2024" before being deleted and reposted sans the hilarious "WELP".

Earlier on the polls day, West made waves online when he tweeted about who he was going to vote for. No surprise in the fact that he was voting for himself, but the fact that this would be the 43-year-old's first time to vote for a U.S. president had people reeling.

West continued to document his poll experience on Twitter. He wrote his name on on the ballot and submitted his first-ever vote for U.S. president. The hitmaker stirred up one heck of an Internet storm when he announced his plan to run for president on Twitter last July, adding to the slew of unexpected—to say the least—turn of events this entire 2020.

Adventurer Savvy Seasoned U.s. Kanye West
Your Guide to Thriving in This Strange New World
Staying
In? What to watch, what to eat, and where to shop from home
OR
Heading
Out? What you need to know to stay safe when heading out