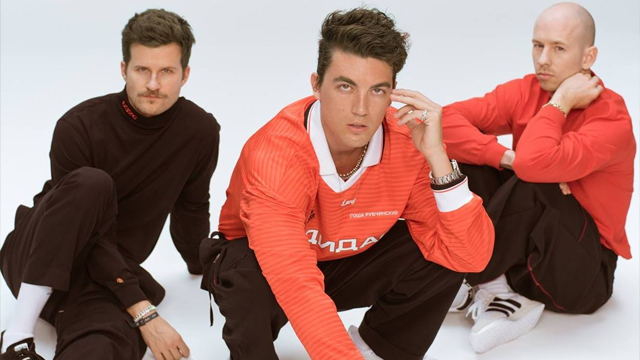 LANY Is Returning to Manila for Their 2019 World Tour

They're stopping by a lot of Asian countries, too!

(SPOT.ph) They were just here in April for what was supposed to be a one-night only concert at the Smart Araneta Coliseum. But tickets to their show quickly sold out and lots of fans still wanted to watch them live, so one more night was added to their tour stop in Manila. Not to mention, they also wowed fans in 2017 when they performed in Wanderland in March and around Ayala Malls in August. They've been here a lot of times before, but it looks like they just love Manila so bad—because indie-pop band LANY is coming back to Manila on July 24, 2019 as part of their biggest world tour yet.

The band, composed of Paul Klein, Les Priest, and Jake Goss, is known for their hit songs, "ILYSB," "Super Far," and "Good Girls." In October 2018, they also released their third studio album, Malibu Nights, which includes the hit single, "Thru These Tears."

The venue and ticket prices for the concert are yet to be announced. (Fingers crossed they're as wallet-friendly as they were the last time!) But if tickets to their Manila concert sell out too fast, you might want to check out their other tour stops nearby. They'll be performing in Kuala Lumpur, Malaysia on July 27; Bangkok, Thailand on July 30; Osaka, Japan on August 5; Tokyo, Japan on August 7; Seoul, Korea, on August 8; Singapore on August 10; and Jakarta, Indonesia on August 13.