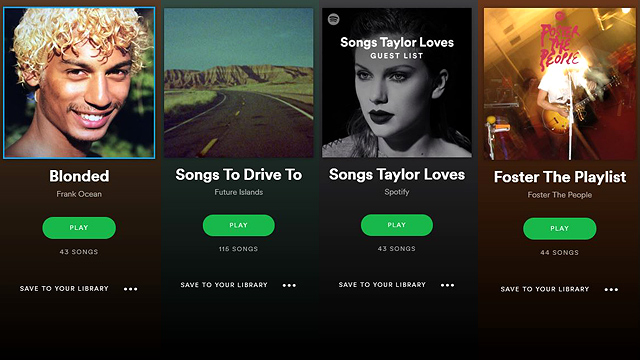 (SPOT.ph) Have you ever wondered what’s on your favorite artist’s playlist? What do they play when they’re not working? Do you have the same favorite jams to play over and over? We scoured Spotify to find artist-curated playlists we think deserve space on your device.

Dance and/or Cry About It! A Party for One playlist by Carly Rae Jepsen

Presumably fashioned after her newest single, Carly Rae Jepsen's Party of One playlist has a mix of old and new jams. It’s got the classic single anthems like Celine Dion’s “All By Myself” and Whitney Houston’s “I Wanna Dance With Somebody (Who Loves Me).” Joining the likes of Billy Idol and Al Green are Lykke Li’s “so sad so sexy” and The Internet’s “Just Sayin/I Tried.” You’ll end up either dancing like nobody’s watching or, well, crying yourself to sleep.

If we’re going by Noah Centineo’s Instagram stories’ soundtrack, it’s safe to say he’s a huge music lover. Leaning into his DJ aspirations, he sometimes captions or even shares a link to the songs he plays on his Instagram videos. The playlist hasn’t been updated since August, but there are a few bops on it that makes it a worthy add to your next house party mix.

Released on Hallow’s Eve, Liam Payne’s playlist naturally includes some of his own singles like “Slow” and “Depend On It.” Interestingly enough, only one of his 1D mates’ songs makes it to the mix—Harry Styles’ “Sweet Creature.” Also featured on the playlist are John Mayer, Mac Miller, Frank Ocean, Lauv, Julia Michaels, and more.

The 1975’s Matt Healy shares his weekly music recommendations with their followers and this is the first of hopefully many curated mixes by the band. It starts off with Ride’s “Vapour Trail,” transitions into English favorites New Order and Morrissey, mixed up with some Jenny Owens Young and Brian Eno, and finishes off with Yo La Tengo. We want more!

Whether it’s a song that’s inspired the band or something they’ve had on heavy rotation, you’ll most likely find that track in this playlist. Given that its last update was already a year ago, we imagine they go back to it every once in a while. And now you can, too.

Frank Ocean went on air a year after he released his album in 2016. His Beats 1 show called blonded RADIO has had eight episodes so far since. The latest playlist is available to stream on Spotify and features The Carters, George Michael, T.I., Lou Reed, James Brown, and more.

Songs to Drive To

Ever get delegated to play car DJ and you never have a playlist ready? Consider the job done by Future Islands. Apart from their own “The Beauty of the Road” among others, they’ve got some Roy Orbison, Pixies, The Magnetic Fields, Fleetwood Mac, REM, Anderson Paak, and much more. Plus, it’s a 108-strong playlist, so you’re good for the next seven hours. You’re welcome.

We imagine Lorde to be rocking out to this playlist in the comfort of her own bedroom, and well, you can do exactly that, too. Apart from adding bestie Taylor Swift and a Bleachers track in this playlist, she also threw in some Major Lazer, Pharrell, Mitski, St. Vincent, and Toro y Moi to the mix. Lorde's got some bangers on this.

Remember that time when Taylor Swift pulled out her entire discography off Spotify? Thank God those days are long gone. Looks like she’s patched things up with the streaming service since she’s even got a curated playlist on her page. Some of her faves? Bazzi, BØRNS, Dashboard Confessional, Kehlani, Camila Cabello, and Jhene Aiko to name a few.

You probably have John Mayer’s top tracks saved already, but how about his collaborations? This curated playlist puts together music he created with some of the best artists such as Eric Clapton, Tony Bennett, Frank Ocean, Barbra Streisand, Billy Joel, Chris Botti, Common plus his ex-girlfriends Taylor Swift and Katy Perry. How’s that for interesting?