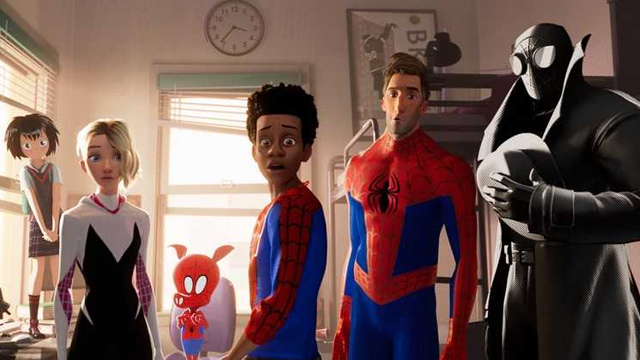 Here's Where You Can Still Watch Spider-Man: Into the Spider-Verse

It's still showing at selected cinemas!

(SPOT.ph) In December, you were probably going from store to store doing your last-minute shopping and attending Christmas parties, all on top of trying to finish your work before the holiday break. When you finally did have time for yourself, all that was showing in the cinemas were the entries to the 2018 Metro Manila Film Festival—which means you didn't get to catch Spider-Man: Into the Spider-Verse. But the good news is, you don't have to wait till the movie pops up on a streaming service to finally know what the hype is about because it's still showing at selected cinemas around Metro Manila.

The animated movie follows the story of Miles Morales (Shameik Moore), a teenager who idolizes Spider-Man and is forced to take on the role himself when he is also bitten by a radioactive spider. Soon enough, he learns that he's not the only one, as the Spider-Man from multiple dimensions—like Spider-Man Noir (Nicolas Cage), Spider-Ham (John Mulaney), and Spider-Woman (Hailee Steinfeld)—start showing up in his. The cast also includes Jake Johnson, Mahershala Ali, Kathryn Hahn, and Zoë Kravitz to name a few.

The critically acclaimed film won the Best Animated Feature Film at the 76th Golden Globe Awards held on January 6—not to mention the fact that it also received nominations and awards from other award-giving bodies. So now you can finally see for yourself why it's one of the best movies of 2018.