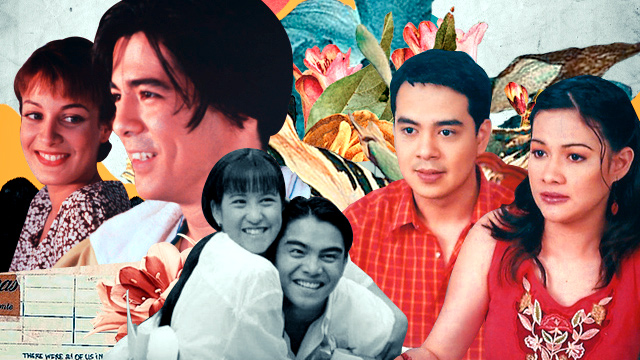 Because the kilig never gets old.

(SPOT.ph) Pinoy romance movies might be a hit-and-miss, but there are also those films that have really left their mark on local cinema. They’re the ones that launched some of the entertainment industry’s biggest names to superstardom. But you don’t have to dust off your those double-disc VCDs just to watch the films that made you (and your parents) kilig in the early 2000s. We round up 10 classic Pinoy romance films that you can easily stream online.

Directed by: Rory Quintos
Watch it on: iWant
The Puerto Rican Dayanara Torres made a name for herself around the world when she was crowned Miss Universe in 1993. And she made a career out of her reign in pageant-crazed Philippines, where she starred in many projects, including this one with Aga Muhlach (who eventually became her boyfriend for four years). The movie follows the story of the strong-willed and independence-seeking Princess Marinella (Torres) who goes around the slums of Manila and meets the hardworking jeepney driver Alex (Muhlach).

Directed by: Jose Javier Reyes
Watch it on: iflix
Real-life couple Judy Ann Santos and Ryan Agoncillo star in this award-winning rom-com as Angie and Jed, respectively. The movie tells the story of total opposites who fall in love and go through the ups and downs of a relationship—and having in-laws. As they get through one obstacle after the other, things get more complex when Angie gets pregnant and Jed gets closer to another woman.

Directed by: Jose Javier Reyes
Watch it on: iflix and iWant
It’s a tale as old as time: After decades of friendship, the innocent Emy (Sharon Cuneta) and the playboy Vince (Aga Muhlach) find comfort in each other after their respective relationships end, and become closer. As they each go about their own lives—dating other people and keeping each other updated—they soon start to realize that maybe their relationship isn’t what it seems. It might have been Muhlach and Cuneta’s first time sharing the big screen, but their chemistry was already palpable.

Directed by: Emmanuel Borlaza
Watch it on: iWant
“You’re nothing but a second-rate, trying hard, copycat!” is arguably one of the most quotable quotes in Philippine cinema. It was delivered by none other than Cherie Gil, who plays Lavinia Arguelles, an already-famous singer who gets threatened by the rising star power of Dorina Pineda played by Sharon Cuneta. (Fun fact: Gil even has an Instagram account dedicated to recreating the unforgettable scene.) Of course, it doesn’t help that they’re fighting over the same man, (Christopher de Leon) either.

Directed by: Rory Quintos
Watch it on: iWant
It’s already a big deal to have two big names top-billing a movie—but to have three is really one for the books. After being apart for years, orphaned brothers Raffy (Aga Muhlach) and Andrew (John Lloyd Cruz) finally reunite in Dubai. There, Andrew grows close to Faye (Claudine Barretto), who is one of Raffy’s multiple girlfriends. Seeing Andrew and Faye together makes Raffy realize his true feelings for Faye and the three soon find themselves in a love triangle.

Directed by: Jerry Lopez Sineneng
Watch it on: iWant
The oh-so-familiar story of best friends falling for each other probably isn't one audiences would get tired of anytime soon. In this movie, Bujoy (Jolina Magdangal) falls in love with her childhood best friend Ned (Marvin Agustin), who only has his eyes set on Mary Anne (Vanessa del Bianco). Things get even more complicated and more feelings get hurt when Bujoy starts going out with Ned’s bandmate.

Directed by: Olivia M. Lamasan
Watch it on: iWant
Aga Muhlach and Lea Salonga already starred in 1992’s Bakit Labis Kitang Mahal and Sana Maulit Muli had fans and critics alike fall in love with their chemistry even more. In the critically acclaimed film (which won Best Picture and Best Screenplay at the Gawad Urian Awards), the quiet Agnes (Salonga) works in the United States at the insistence of her long-term boyfriend Jerry (Muhlach). As time goes on, the long-distance takes a toll on their relationship, even as Jerry makes his way to the U.S.

Watch it on: iflix
The very uptight Louie (Kristine Hermosa) meets the carefree and laid-back Sam (Aga Muhlach) aboard a cruise. They’re at different points in their lives—Louie’s still recovering from heartbreak and Sam is committed to, well, not being committed. Just when they were starting to fall for each other, they soon find that their past and secrets might not be that easy to let go of.

Watch it on: iWant
Annie (Judy Ann Santos), Dexter (Leandro Muñoz), and Michael (Piolo Pascual) have been best friends since college. After starting their own architecture firm, Dexter and Annie get into a relationship while Michael remains blissfully single. But when Dexter accidentally falls at a construction site and gets into a coma, Annie and Michael find more than comfort in each other.

Watch it on: iflix
My First Romance features two stories. One Love follows the queen bee Jackie (Heart Evangelista) who falls for the simple but charming Che (John Prats), the only person in school who doesn’t like her. In Two Hearts, Enzo (John Lloyd Cruz) gets a heart transplant from a stranger who died in an accident. Years later, he meets and falls for Bianca (Bea Alonzo), the heart donor’s ex-girlfriend, who might not be over her first heartbreak just yet.