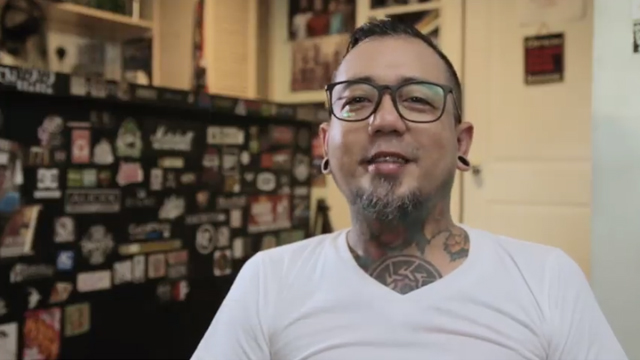 He says they're what got him into OPM in the first place!

(SPOT.ph) After a surprise performance of Eraserheads' hit, "Ang Huling El Bimbo," with none other than Ely Buendia himself, Kamikazee's vocalist Jay Contreras has now gone full circle. In a video on Offshore Music's Facebook page, Contreras reveals that Eraserheads' Ultraelectromagneticpop! is actually what got him into music. And now that the album is getting a limited-edition vinyl re-release in time to celebrate its 25th anniversary, it's the perfect time to hear about Contreras' experience with the album.

He also reveals his favorite tracks from the album, including "Shake Yer Head," "Ligaya," "Tindahan ni Aling Nena," and "Shirley." He says he's memorized the Eraserheads' albums to the point where he already knows what the next song is going to be even if the current one isn't even over yet.

You might have grown up listening to Eraserheads' tracks on your casette tapes and CDs, but you can soon get your hands on the vinyl re-release soon. (Only 2,500 copies will be made!) No details have been announced yet, but you can already stream the remastered edition on Spotify and other platforms.