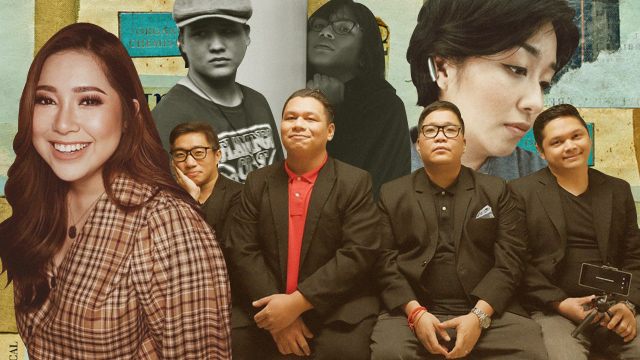 (SPOT.ph) There are songs that stay with us. It could be their catchy melodies, their relatable lyrics, or the memories they preserve that give them more value. Locally, we have tunes that continue to dominate the airwaves and trend on music-streaming sites. We're pretty sure they've been on your playlist for months, and you still can't stop abusing the repeat button! It seems these tracks are not going away anytime soon, so we might as well show more appreciation for their staying power.

We list some of the most popular OPM songs you'll want to add to your playlist (if you haven't yet!):

No doubt, it's the mix of soulfulness and romance that has made "Buwan" the standout song it is today. The Voice Kids alum Juan Karlos Labajo debuted his self-titled band, juan karlos, with the release of this kundiman-blues song. Not only did it mark Labajo's transition from a solo artist to a band frontman, it also showed his continuing musical maturity and evolution.

This Band, hailing from Las Piñas city, got their start by performing at food parks in their hometown. Their first official single, "Kahit Ayaw Mo Na," is a hit for its hugot-filled lyrics and memorable melody variations. Written by guitarist Euwie Loria and sung by vocalist Andrea Manzano, the pop ballad captures the pain and frustration of holding on to something that's already gone.

Fragile hearts everywhere wept to this collab by December Avenue and Moira Dela Torre when it was first released in 2018. And just last February, the music video for the emotional single racked up 100 million views on YouTube, proving its tight grip on our feelings. “Kung ‘Di Rin Lang Ikaw” opens with soft guitars and vocals and then gently blossoms into a rich moving ballad.

This hit by nine-piece band Ben&Ben is bound to be an OPM classic. The folk-pop masterpiece, which starts with a stripped-down arrangement and ends with a grand orchestral vibe, first wowed listeners with its refreshing sound and poetic lyrics. Today, even with repeated plays, "Kathang Isip" doesn't seem to be the kind of song that will get old.

"Sana" by I Belong to the Zoo

I Belong to the Zoo (the solo project of Tonight We Sleep frontman Argee Guerrero) sings of heartbreak and regret in "Sana." The somber track is proof there's no need to go over the top when you've got real gifts and talents. The sincerity in the song and its delivery, plus Guerrero's artistry, are enough to get anyone's attention and keep it.

Jazz Nicolas and Wally Acolola's original composition has come a long way since winning the PhilPop 2016 grand prize. Its messages of loss, the passing of time, and the need to tell the people we love how we feel are things we all need reminding of every now and then. There has been renewed interest in the heart-melting, piano-led song since it was used in the Sid & Aya (Not a Love Story) movie soundtrack, which also includes the first version of the song interpreted by Itchyworms.

We're pretty sure by now that you've become very familiar with Moira Dela Torre's distinctive vocals. Many discovered her delicate and airy sound after her single "Tagpuan" blew up. The official music video for the song created even more buzz when it showcased her now-husband Jason Hernandez's heartwarming proposal. Of course, the track has become a go-to wedding song, too.

When Armi Millare sings, we listen—and we listen closely. We also feel things—a lot of things. "Kapit," her contribution to the Alone/Together movie soundtrack, features a soothing acoustic guitar to accompany her emotive vocals. It's a heart-wrenching tune that perfectly communicates the agony of heartbreak and regret.

Fast-rising hip-hop act ALLMO$T's "Dalaga" was an instant hit upon its release. The rap track, laced with sleek R&B influence, showcases relaxed rhymes about being enchanted by the beauty of a Filipina. The catchy single could be a refreshing break from all the heavy sentimental ballads trending today.

UNIQUE wowed music fans when he released his solo debut album in 2018. His first single, the poignant "Midnight Sky," continues to tug at our heartstrings for its romantic lyrics and artistic delivery. If you're feeling lovesick and longing for that special someone, have a listen to this gem of a song.