A Closer Look At Daenerys Of Game Of Thrones And Her Descent to Madness
Loading
Already a member? Log in
No account yet? Create Account
Spot.ph is your one-stop urban lifestyle guide to the best of Manila. 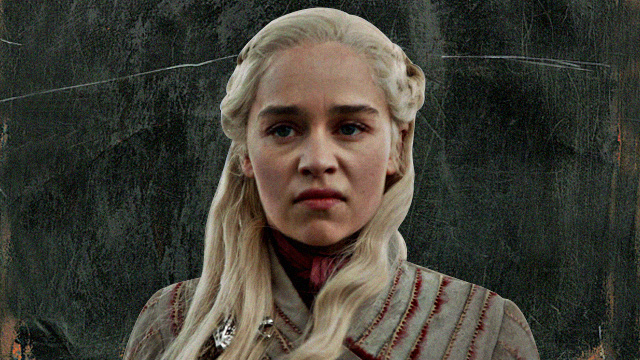 Understanding Daenerys and Her Descent Into "Madness"

(SPOT.ph) Despite Emilia Clarke’s warning about the penultimate episode of HBO’s Game of Thrones being the “most insane,” fans were left reeling by the turn of events at the much-awaited Battle of King’s Landing…except it wasn’t really much of a battle—it was a massacre, and one led by Daenerys (Clarke) herself.

Some would say her actions don't make sense, while others would claim that it’s been a long time coming. Whichever it is, what happened at “The Bells” was certainly a lot to process. Now that we’ve had a bit of time to calm down, we take a closer look at Dany (as she was portrayed in the show, not the books) and the moments that led to her decision to go full-on dragon mode and unleash her wrath on innocent men, women, and children of King’s Landing.

The Daenerys We Know

Daenerys has always been a strong contender for the throne, and thanks to her apparent compassion for the poor and abused, she quickly became a favorite among viewers in the earlier seasons. She has saved women from being raped by Dothraki warriors and freed the Unsullied and countless other slaves in Essos. When her dragons killed an innocent child, she was so stricken with guilt and grief that she chained them up and locked them in a pit for weeks.

Throughout the show, viewers were always led to believe that her heart goes to the people, though she wasn't always benevolent. Many times she'd shown no remorse in killing her enemies, whether it's by burning them or having them crucified. She was as ruthless as she was kind, and while she wasn't perfect by any means, she was shaping up to be a pretty deserving candidate for the much-coveted Iron Throne.

But the possibility of her turning into a "Mad Queen" has always existed. Her father, Aerys II Targaryen, went down in history as the Mad King. He had a peaceful reign over Westeros until his last few years, when he gradually slipped into insanity in his old age. In his paranoia, he had burned several traitors, along with other people he deemed as such, and up until his last breath, he was ordering his men to “burn them all,” referring to King’s Landing and all its people during Robert Barratheon's rebellion.

But Daenerys didn’t slip so much as she’d jumped into this whole “madness” train.

Just a mere season ago, her newfound allies suggested they storm King’s Landing with her dragons, but she refused, saying, “I am not here to be queen of the ashes.”

So what flipped the switch?

Some would argue that there have been many events throughout the course of the show that foreshadowed the events that transpired in “The Bells.”

“When my dragons are grown, we will take back what was stolen from me and destroy those who have wronged me. We will lay waste to armies and burn cities to the ground,” she said in the second season, and in a later episode, “We will take back what is mine. With fire and blood, I will take it.”

Her instinct has always been to burn. When the witch Mirri Maz Duur used dark magic to kill Dany's unborn son, she had her burned alive. When the slave masters were attacking Mereen in the hopes of having her surrender, her plan had been to “kill every one of their soldiers and return their cities to the dirt.” Tyrion Lannister (Peter Dinklage) had to calm her down, reminding her of the Mad King and how he'd destroyed the cities of his enemies during his reign.

Perhaps Dany has always teetered on the edge of a cliff, and everything that's been happening around her finally managed to push her over: Two of her dragons, whom she thinks of as children, were slain before her eyes. Her Hand, Tyrion Lannister, kept coming up with plans that led to failures before ultimately betraying her. Varys (Conleth Hill) turned his back on her. Jorah (Iain Glen), who has been with her before her dragons were even born, died protecting her, and Missandei (Nathalie Emmanuel) was captured and executed, with her last word being “Dracarys” (burn them all).

With the throne turning out to be Jon's (Kit Harington) birthright instead of hers, it isn’t hard to see why Dany, after all she’s been through, found it alarming to see how the people around them seemed to love and support him instead of her. Those closest to her were gone for good, and those who remain have betrayed her, adding to the growing threat of her now-flimsy claim to the throne.

Before the Battle of King’s Landing, she tells Jon of her worries, lamenting that the people had love only for him and none for her; that if she were to rule, she’d only have fear. Their complicated relationship seems to come to an end when Jon breaks off a kiss, refusing her love.

With everyone else’s betrayal still fresh in her mind and grief still weighing down her heart, the rejection might have been too much. “Let it be fear,” she says, coming to a conclusion that ruling with fear might be the only way she could get—and actually keep—the Iron Throne.

And so she’d won the battle—the bells have been rung and the Lannister forces have dropped their weapons—but she hadn’t won the people.

The next thing we know, she and Drogon are torching King’s Landing along with thousands and thousands of innocent civilians, sealing her fate as a heartless tyrant after seasons of building her up as the Breaker of Chains.

Was it believable? Maybe to an extent. We've seen glimpses, however short, of her possibly turning into a tyrant even way back when she was ruling Slaver's Bay. We've seen her desire to ascend to the throne growing stronger with each episode. We've seen the way the events in the past two seasons have been taking a toll on her.

Fire has always been Dany’s strength—it’s what managed to get her to where she is now—yet it would be an injustice not to acknowledge how her compassion for the people has played just as big of a role as her dragons in her rise to power. After all, it was her compassion that won her her army and closest allies.

No amount of foreshadowing seems capable of justifying her actions in “The Bells.” At least, not like this.

With only six episodes to wrap up a plot involving dozens and dozens of characters we’ve all learned to love or hate (or a bit of both), it’s not surprising to see many complaining about how everything is seemingly rushed. Dany’s transition from “Breaker of Chains” to “Mad Queen” falls under the ills of this frantic storytelling.

In the end, the issue isn't really about her suffering the same fate as her mad father. It was always a possibility, and the "Mad Queen" theory has been thrown around for years now.

But without the proper groundwork to sell the story, Dany’s dark turn in “The Bells” comes off as a last-minute, poorly executed attempt to wrap up a story with a bang, or to force a narrative—the ultimate battle between her and Jon—that needed more kindling to spark any real emotional investment. To see her descending into madness so poorly feels like a major disservice to her character.

We’re fine with Daenerys going mad. It’s just that she has to earn it first.