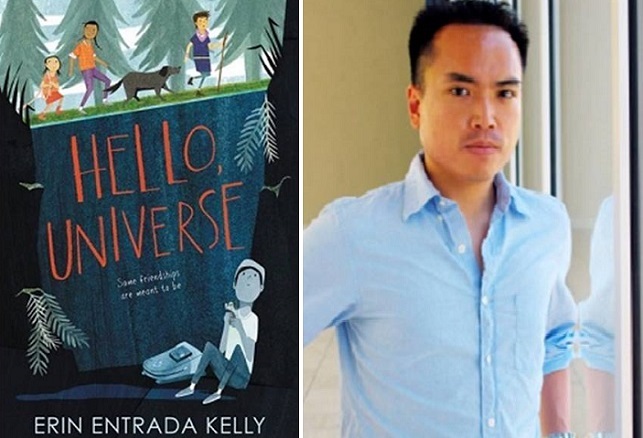 It is based on the award-winning novel by Fil-Am author Erin Entrada Kelly.

(SPOT.ph) We Filipinos thrive on stories, as proven time and time again by Fil-Am author Erin Entrada Kelly. Her body of work is renowned for bringing her experience as a child of multiple cultures—especially her Filipino heritage—to the fore of children's literature. Now, we'll soon see one of her stories on the big screen. Her award-winning book Hello, Universe will soon be a Netflix film. Fil-Am writer Michael Golamco is set to adapt the book.

Hello, Universe tells the story of four very different children: sweet and shy Virgil Salinas, lonely Valencia Somerset, self-proclaimed psychic Kaori Tanaka and her little sister Gen. Then there's also Chet Bullens, an overly passionate kid whose cruel antics cause Virgil to fall into a well. The story spans just one day, as Valencia, Kaori, and Gen team up to save Virgil, teach the bully a lesson, and find their own inner hero. The book was awarded a Newbery Medal in 2018.

Golamco, who co-wrote Netflix's Always Be My Maybe with the film's stars Ali Wong and Randall Park, is excited to work on the book's adaptation. "The optimism of the book drew me in. The characters Erin created are incredibly well drawn and fun, and it’s going to be really fun to see them come to life on the screen," he tells SPOT.ph in an e-mail interview.

Both Entrada and Golamco put the lessons they learned growing up as Filipino-Americans into their writing. Having come to the United States as a child, Golamco learned to use his being an "outsider" to aid his storytelling. "It taught me to be empathetic towards other people, [to] try to understand their perspectives," he says. Entrada was the only Filipino in her childhood neighborhood in Louisiana, so she also turned to stories to get away from the same feeling.

It is this isolation that features prominently in Hello, Universe, with Virgil—a character from a Filipino-American family—in a situation that cuts him off from the rest of the world.  "I also feel for the kids’ anxieties and isolation; I remember feeling the same way when I was a kid, and I think it helps when you see someone else going through the exact same thing," shares Golamco. It is vital for him to bring this element of the novel to the big screen because, "It helps to know that you aren’t alone."

Golamco also sees this adaptation as proof that our stories are gaining more space in today's industry. "Stories about Asian people, Filipino people, reveal similarities and connections with other people. By understanding our friends and neighbors better, we understand ourselves better," he says.

Actor and producer Forest Whitaker, and Nina Yang Bongiovi of Significant Productions are set to produce this movie. There's no word yet from Netflix on when the film is going to be released, but let's hope we get to watch it soon.