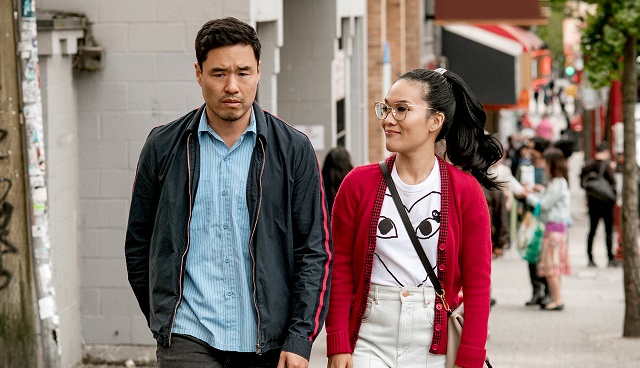 Awkward Friends, Annoying Exes, Catchy Songs: Why Always Be My Maybe Will Be Your New Favorite Rom-Com

(SPOT.ph) Picture it: You see your former best friend again after years and years of not speaking—and it all comes rushing back, why he/she became more-than-a-friend. Suddenly, you’re back in high school and smack in the middle of all that awkward turmoil and anxious wondering…only this time, you’re going to love every minute of it. The best friends-turned-lovers-turned-former lovers scenario isn’t exactly new to the rom-com universe, but Netflix’s Always Be My Maybe, streaming on May 31, isn’t your average rom-com.

“It kind of felt like fate,” said Randall Park in an interview with SPOT.ph, one cloudy spring morning in West Hollywood, when asked how they ended up writing the movie. Park, famous for playing the tirelessly optimistic Louis Huang in Fresh Off the Boat aside from being spotted in Aquaman and Ant-Man and the Wasp, co-wrote the movie with award-winning playwright Michael Golamco and Ali Wong, whose stand-up comedy—featured in Netflix Originals Baby Cobra and Hard Knock Wife—is well-known for shining a spotlight on all the great parts, and gross parts, of being a woman and having babies.

As the story goes, Wong and Park had always wanted to write their version of When Harry Met Sally, and when the universe (or in this case, Netflix) gave them a nudge, the result was Always Be My Maybe, about longtime friends Sasha and Marcus, who reconnect after several years and find the sparks still there, along with a few other complications.

Watch the video to see our interview with the Always Be My Maybe stars, who talk about what it was like to film the movie, how Keanu Reeves got involved, and Randall Park’s no-longer-secret songwriting skills.

As with any rom-com, there has to be a best friend and a soon-to-be-ex, and in this one they’re played by comedian Michelle Buteau and LOST alumnus Daniel Dae Kim. We asked Buteau about her favorite best friends from the movies, and Kim about how different it was to do comedy compared to drama:

Director Nahnatchka Khan, who’s also executive producer for Fresh Off the Boat and Don’t Trust the B---- in Apt 23, sat down for a roundtable interview and chatted about everything from rom-com picks (Sex and the City), to Reeves and how he filmed his scenes during a five-day window in the middle of shooting John Wick 3: “I don’t think anybody knew what his schedule was or what the likelihood was. But, you know…we sat down with him, and he had so many funny ideas and thoughts about how to approach it. And we went back and revised it based on that and then sent it back and he was like, ‘I’m in.’”

While it might be easy to lump Always Be My Maybe into the Asian American category, it goes beyond The Joy Luck Club or Crazy Rich Asians by telling a story that anyone would be able to relate to—it just so happens to have Asian American leads. It’s that sort of inclusion in a mainstream platform that many have been looking for lately, and Khan thinks it’s only the beginning. “I think that it’s the future; it’s the present and the future, which is exciting.”

Always Be My Maybe starts streaming on Netflix on May 31.