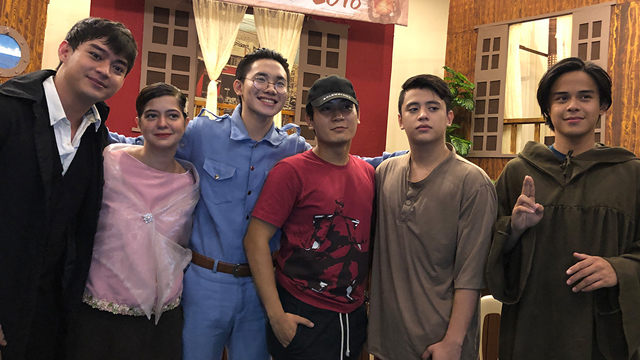 There's just no telling what's in store to surprise us.

(SPOT.ph) With award-winning indie film Birdshot under his belt and coming fresh from his horror stint with Eerie, there's just no stopping for director Mikhail Red. This young director has been making waves in local cinema and his next project aims to bend genre conventions for our enjoyment.

Earlier this year, Red teased his followers with an Instagram post revealing the cast for his upcoming film Dead Kids—a fun mix of coming-of-age, thriller, and crime film all rolled into one. The film subscribes to many genres all at once, but it also deviates from the norm to pack unexpected twists and developments.

The young director still plans on making it fun, but wants to inject the film with social commentary on the youth perspective. “Ang Dead Kids parang pinapakita ko na what happens when these very privileged kids na sarado ang perspective, what happens when they clash with the real world and the real society. Ano ‘yong consequences ng actions nila?” he shares with Pelikula Mania.

Make no mistake, as much as the film brandishes the barkada trope, Red manipulates the said trope in ways it hasn't been before. Though his lips are sealed on the important details, there's plenty of reasons to be excited for this upcoming film.

Dead Kids is set to premiere later this year under Globe Studios.