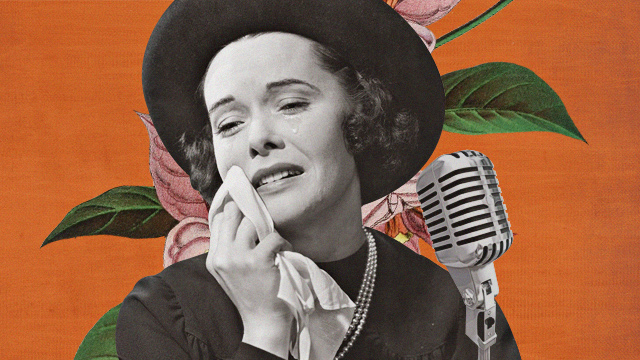 There are always two sides to every story.

(SPOT.ph) Ah, to be in love. You have the long walks by the beach (HHWWPSSP at that), the inside jokes only the both of you would find funny, and the sappy songs that you used to dislike up until the love of your life came along. But sometimes, these things could magically change in a heartbeat. In some cases, it's because the people in a relationship drift apart, find irreconcilable differences, or worse, there's someone else in the picture. We round up some songs that go into this complicated situation that happen to be great videoke staples, too. You know, just in case you're experiencing this and would want to sing your heart out.

Here are five songs that talk about getting into, uh, complicated situations when you're already committed:

"Di naman totoo, puro't imbento, sari-saring kwento—basta't sa'yo lang ako."
We get it—you're good-looking, you're attractive, and everybody wants you. There's plenty of reason for your S.O. to get jealous, so you can't blame them for thinking you'll run off with the next person you share eye contact with. Do them a favor and sing this song to reassure them that your old ways are long behind you, unless…

Line to belt out: "Sana dalawa ang puso ko, di na sana kailangan pang pumili sa inyo."
What to do when two people want to be with you? If only you could divide yourself, and your heart, to be shared, then it wouldn't be such a big problem. Since this is such a big dilemma, and biological, emotional, and moral limitations are such a hassle, express your frustration with a song.

"It's Sad to Belong" by John Ford Coley

Line to belt out: "It's sad to belong to someone else when the right one comes along."
All is smooth and going well, but then you meet this new person and it's like everything just makes sense, you know? You've never felt this alive but the only thing stopping you is that you are already committed to someone. Sure, it feels euphoric and unlike anything else you’ve ever felt before and you're convinced they're the one, but should you really be entertaining them? You might want to think twice if you can relate to this song as you sing it.

Line to belt out: "Ikaw sana ang aking yakap yakap. Ang iyong kamay lagi ang aking hawak at hindi kanya."
This is a videoke staple for good reason: aside from the familiar tune and room for ad-libbing (so you can show off those riffs), the lyrics capture the feeling of meeting someone late in your life when you're already in a relationship. It's wrong to cheat and you still love the person you're with, so to help you forget about it, sing this song as loud as you can.

Line to belt out: "And I know that he knows I'm unfaithful and it kills him inside to know that I am happy with some other guy."
When you're cheating and your S.O. already knows but just isn't confronting you, it's best to break up with them to save both yourselves from more pain. Singing about it doesn't really solve the problem at hand, but it does make everything more dramatic and you can show off great emotion while you sing.

Here are five songs that talk about being not "the one" in a relationship:

Line to belt out: "Say it, play it, how you wanna. But no way, I'm ever gonna fall for you. Never you, baby."
Some people really think they're being slick when in truth, you see right through them. Ditch the shifty eyes and touchy hands—there's no room for someone who can't be loyal and can't commit to just you. Aside from singing along to sassy and empowering lyrics, you can even dance to this bop Britney Spears-style.

"I'm Not the Only One" by Sam Smith

Line to belt out: "You've been so unavailable, now sadly I know why. Your heart is unobtainable, even though you don't share mine."
Nearing the end of a relationship is never easy, but choosing to stay in one despite knowing you're being cheated on is excruciating. Familiarity breeds comfort and it's easy to get stuck in a setup that doesn't work just because it's been there for so long. Let your tears fall as you sing every word; we won't judge.

"Take a Bow" by Rihanna

Line to belt out: "And the award for the best liar goes to you for making me believe that you could be faithful to me."
Sometimes you ask someone for the truth when you already know it, just to see if they'll really be honest with you. Chances are they'll only come clean once you reveal that you know everything. They're only sorry not because they genuinely are—it's because they got caught red-handed. Their performance could have bagged them an award, but if it's at the expense of fooling you, they deserve no award at all. Your 100-point performance at the next videoke session deserves one, though.

"Cry Me a River" by Justin Timberlake

Line to belt out: "You didn't know all the ways I loved you, so you took a chance, made other plans, but I bet you didn't think that they would come crashing down, no."
Good on you for ending that relationship once you found out they were seeing someone else. Oh, what's that, they want you back? Grab the mic and stare them in the eye as you sing "Cry Me a River" by Justin Timberlake. They made their choice and so did you—there's no getting back together no matter how hard they cry in front of you.

"Before He Cheats" by Carrie Underwood

Line to belt out: "I took a Louisville slugger to both head lights, slashed a hole in all four tires. Maybe next time he'll think before he cheats."
When someone doesn't treat you as well as they promised and even go as far as  to cheat on you, getting revenge for all the pain makes sense and we wouldn't blame you for wanting to take matters into your own hands. Let this be a warning to those who claim to love you—you've dealt with a cheater before and you've had enough.