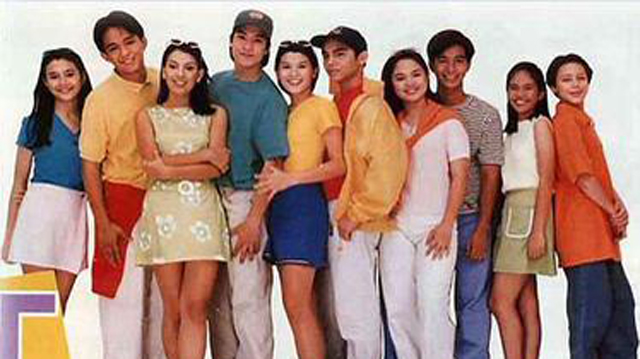 Here's Where to Watch Gimik: The Reunion, One More Chance + More Local Films

(SPOT.ph) If you wanted to watch a film in your own time then, it usually means renting out a video tape. Those days are long gone thanks to streaming, and films have become more accessible than ever. Unfortuantely, some films aren't available for streaming, but fret not, because you'll still get the chance to catch some of them: ABS-CBN Film Restoration is screening selected digitally restored films at Power Plant Cinema from September 20 to 26.

Here are the digitally restored and remastered films you can watch:

Schedule: September 22 at 8:30 p.m. and September 25 at 8:30 p.m.
Saan Ka Man Naroroon stars Richard Gomez as Miguel and Dawn Zulueta as Amanda. The 1993 film directed by Carlitos Siguion-Reyna is the last full-length movie project CharDawn had as a love team.

Schedule: September 20, 7:50 p.m. and September 26, 7:50 p.m.
Starring Nida Blanca, Tirso Cruz III, Jolina Magdangal, Camille Prats, Angelica Panganiban, and Teresa Loyzaga, the film tells the tale of the Ibong Adarna, and a group of friends who must the mystical bird in order to save the king.

Schedule: September 21 at 1:30 p.m. and September 24 at 1:30 p.m.
The film follows Errol (Christopher de Leon), Herman (Jay Ilagan), Tacio (Johhny Delgado), and Peewee (Edgar Mortiz) on an underwater dive that somehow leads them to Mexico on a kooky adventure. Nora Aunor and Jaime Fabregas also star in the film.

Schedule: September 20 at 5:25 p.m. and September 26 at 5:25 p.m.
Grappling with post-American colonization, a young nurse (Aunor) has to rethink her decision to migrate to the U.S. following a fatal shooting incident that has cut her brother's life short.

Schedule: September 20 at 3 p.m., September 23 at 5:25 p.m., and September 26 at 3 p.m.
Gabriel (Gomez) is taken in by a wealthy man and becomes close to the family's daughter Carmina (Zulueta). However, due to their differences, they are kept apart, only to return to each other's lives years down the line.

Schedule: September 22 at 1 p.m. and September 25 at 1 p.m.
Wrongfully accused of the plotting Marcos's assassination, Serge Osmeña (Gomez) and Geny Lopez (De Leon) end up in jail. The films is based on a true story and chronicles the Lopez-Osmeña's great escape from the Marcos Martial Law prison.

Schedule: September 21 at 6:50 p.m. and September 24 at 6:50 p.m.
Sharon Cuneta plays Sarah Gonzales, an Overseas Filipino Worker who goes abroad to become a caregiver in order to provide for her family back home. The film is a glimpse into the sacrifices OFWs make just to keep their families afloat.

Schedule: September 22 at 6 p.m. and September 25 at 6 p.m.
Based on the teen-oriented TV show Gimik, the film follows the friends into their adulthood and looks at how their life is after school. Starring Judy Ann Santos, Rico Yan, Jolina Magdangal, Marvin Agustin, Diether Ocampo, and Mylene Dizon, Gimik: The Reunion brings back the original cast for maximum nostalgia.

Schedule: September 22 at 1 p.m. and September 25 at 1 p.m.
College sweethearts Popoy (John Lloyd Cruz) and Basha (Bea Alonzo) dream of a life where they do everything together. When adulthood and its problems roll in, they realize that it's much harder than they thought.

Schedule: September 21 at 9:30 p.m. and September 24 at 9:30 p.m.
Pratts plays Sarah, a kind and intelligent girl who becomes a maid for her school under the cruel Miss Minchin (Jean Garcia). The film is based on the widely popular animated series Princess Sarah.

Schedule: September 22 at 3:30 p.m. and September 25 at 3:30 p.m.
Family is big part of Filipino culture and this films examines the dynamics and issues of a mother and her three kids. The film stars Gloria Romero, Hilda Koronel, Dina Bonnevie, Edu Manzano, Joel Torre, Cherry Pie Picache, and Jericho Rosales.