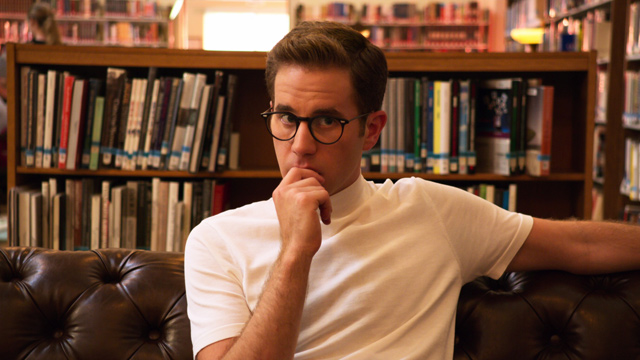 This New Netflix Show Is About the Truth, and How We All Have Our Own Version of It

(SPOT.ph) We often turn to our phones or other gadgets to escape reality for a minute or two, or maybe longer—and once in a while, you may encounter a show that takes you to a different world that may not be that far off from the real world as you thought it would be. Enter The Politician by Ryan Murphy, Brad Falchuk, and Ian Brennan, a comedy largely about ambition, politics, and the relationships that are forged and tested along the way. We met stars Ben Platt (who plays Payton Hobart) and Laura Dreyfuss (who plays McAfee) at the show’s premiere in London, and they had a few things to say about their experience working together and what makes the show different from others.

The series not only deals with political and personal ambitions but also authenticity. “We’re all grappling with the same thing which is to figure out how to put our most authentic foot forward,” Platt says when we asked him what will resonate most with viewers when they watch the show. “How we all put a lot of pressure on ourselves to do that, and how that’s allowed to look [like a lot of] different ways, and it doesn’t have to always look like you’re being this sort of martyr that’s filterless and vulnerable and weak, and if you want to be prideful and confident (then) that can be authentic in moments too and that both can exist.”

Dreyfuss adds, “We’re all trying to create change, we’re all trying to make the world a better place. It’s just creating awareness for the world around you, the people around you, and knowing what you can do to make the world a more positive place to live in.” While these are the themes at work, Payton and McAfee navigate the political arena of Saint Sebastian High School armed with their wits, will, and the determined pursuit of one main goal—to get Payton to the White House.

While the setting of an American high school has been done time and again on TV, there’s something about The Politician that keeps it fresh as it takes on its themes with a clever voice. Platt says, “True to Ryan Murphy fashion, it has a really unique ability to be super detached, and sardonic, and satirical and funny and ridiculous, and also in the same episode a scene later incredibly moving and apathetic and human and real, and you find yourself very invested in the characters in a way that you didn’t think you were because you were laughing so much at their situation. And I think it’s that combination that makes it so fun to watch because it’s such a rollercoaster.”

The Politician is made up of a young cast with a few recognizable faces (Gwyneth Paltrow and Jessica Lange, for instance), but that doesn’t mean the story takes on its themes lightly. “It tackles really important issues, and there are people that are being represented; it’s a very diverse group of actors and characters. And so I think to have that representation on a television show…it does it in a way that nobody’s apologizing for who they are, nobody’s explaining who they are, they’re just existing. And so that to me is really exciting and unique, and really cool to see,” Dreyfuss explains.

Watch the rest of our interview with Platt and Dreyfuss to find out more about the show, their experience while working together on Broadway, and what they would do if elected president of the United States.

The Politician starts streaming on Netflix on September 27. The show is produced by Fox 21 Television Studios. Photo courtesy of Netflix.