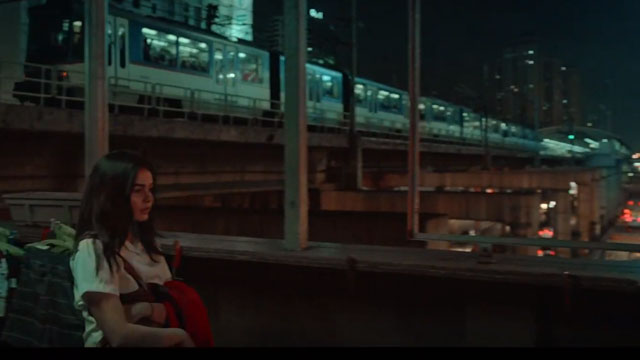 There are three Pinoy films in this year's lineup!

(SPOT.ph) Film festivals are a great way to diversify the list of movies you want to see. The first QCinema International Film Festival was held in 2013, and it has given support to Quezon City's filmmakers in the form of grants and providing these films an avenue to be seen. Since then, the international film festival has expanded with a wider selection of films from here and abroad. This year's edition will run from October 13 to 22 and will feature 66 films from different countries.

You can watch these films in the following malls and microcinemas: Gateway Cineplex 10, Robinsons Galleria, Trinoma, University of the Philippines - Cine Adarna, Cinema '76 Anonas, and Cinema Centenario. There are eight categories, but the main category is the Asian Next Wave, which is composed of eight Asian films.

Here are the films you can watch in QCinema's Asian Next Wave category:

Directed by: Rae Red
A saleslady in a department store is largely unsatisfied with her job, and it doesn't help that she has mean co-workers and has to go through an exhausting commute home on the reg. It doesn't help that she arrives to a roommate who couldn't care less about her. Everything changes when she spots a gun by her gate one night and discovers that wielding it enables her to do anything she wants.

Kaaway Sa Sulod (The Enemy Within)

Directed by: Arbi Barbarona
Lieutenent Raiza Umali is good at her job—she successfully subdues those with the aim of attacking a rich businessman that must be protected at all costs. As she faces more enemies, she encounters a woman from the New People's Army that looks exactly like her, leading her to search for her family, the truth, and her purpose.

Directed by: Glenn Barit
Set in a Tuguegarao City, this film follows high school teenagers assigned to be cleaners and are acquainted with lessons on being clean and pure, only to realize that the real world is far from pristine.

Directed by: Mattie Do
This film from Laos features a middle-aged man who has been scarred by his memory of witnessing a fatal car crash. Decades after the incident, he is filled with many regrets and apprehesions, and continues to return to the scene of the tragedy.

Directed by: Qiu Sheng
Two people named Hao are followed in this Chinese film: One is an engineer who is part of a team tasked to investigate the appearance of mysterious craters all over the edge of the city, while the other is a young boy who spends his afternoons playing with friends until they all begin to mysteriously disappear.

Directed by: Puangsoi Rose Aksornsawang
Exploring loss, memory, and family, this Thai film shows how painful it is to be brought back home because of a loved one's passing.

Directed by: Zahir Omar
This Malaysian crime thriller follows the story of a taxi driver who uses his services as a front for underground dealings and criminal operations. The police is led to his doorstep, no thanks to his brother's impulsive nature, but stops at nothing to protect those he loves.

Directed by: Ertanto Robby Soediskam
Sister Maryam spends her time caring for the sick and elderly, but she is later forced to choose between her noble pursuit and her personal happiness. This Indonesian film examines the blooming love between a nun and a priest.