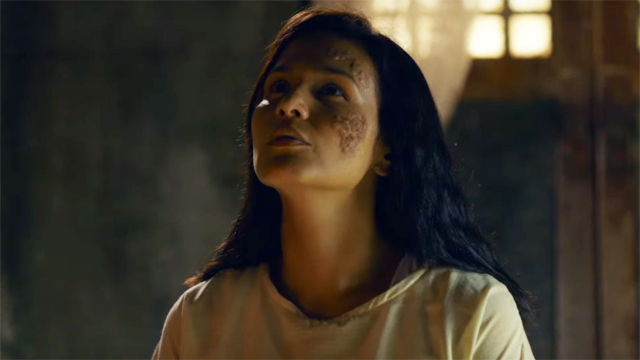 Know more about these eight films!

(SPOT.ph) The Metro Manila Film Festival is one of the few times in a year when cinemas nationwide screen all Filipino films for a period of time. For most people, it's become part of the Christmas and New Year tradition to catch the movies before the foreign blockbusters roll in.

The Magic Eight for this year's film festival has been completed on October 16 with the announcement of the four finished film submissions. The four accepted screenplay submissions were initially approved in July.

Also read: The SPOT.ph Guide to Film Festivals in Manila

Here are the eight films you can expect to see at the 2019 Metro Manila Film Festival:

This Ricky Lee-penned entry follows the story of a woman (Iza Calzado) in the leper colony on Culion Island, Palawan. Here she narrates what life is like on the island and sheds light on the conditions of those banished, all the while searching for a cure for leprosy. The film also stars Jasmine Curtis-Smith and Meryll Soriano. Be sure to watch until the end of the trailer: John Lloyd Cruz makes a short cameo, marking his first film appearance since his hiatus.

A mix of fantasy and real life, this film blends footage shot on camera and animated digital sketches. The entry is directed by Brillante Mendoza and stars Judy Ann Santos and Allen Dizon.

Write About Love from TBA Studios

The film follows two scriptwriters from different genres—Ms. Rom-Com (Miles Ocampo) has to work with Mr. Indie (Rocco Nacino) to create a cohesive script that captures a great love story. They must put their differences aside to get the job done. The movie also features Joem Bascon and Yeng Constantino.

Not much is known about this entry yet, but it will star Coco Martin, Jennylyn Mercado, and Ai Ai delas Alas.

Based on the critically acclaimed South Korean movie of the same name, the film follows a father who is wrongfully imprisoned, and his daughter who, years later, fights to get him out. A star-studded cast brings this film to life: JC Santos, Joel Torre, Jojit Lorenzo, Mon Confiado, and Soliman Cruz. Playing the young daughter is Xia Vigor, who later grows up and is played by Bela Padilla while Aga Muhlach plays the father.

This horror movie replaced Kris Aquino's comeback film (K)Ampon. Details on the movie are scarce as of writing, but according to the production outfit's website, the film will revolve around a mother who seeks a job at a call center to support her sick child but gets confronted by a ghost.

The Mall, The Merrier from ABS-CBN Film Productions, Inc. and Viva Films