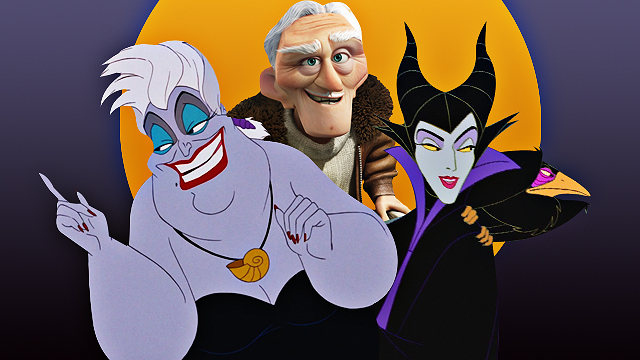 Did anyone stop to ask them where they were coming from?

(SPOT.ph) Ah, a good villain. Every great story has one to give the hero a difficult time, and the best antagonists are often remembered for being totally evil, vile, and menacing. While some villains fall under that category, there are also those that oppose the protagonist without really meaning to be evil. Everyone talks about the hero’s journey and struggles, but has anyone stopped to ask about where the supposed bad guy is coming from? Maybe—just maybe—they’re just misunderstood.

Here are 10 Disney villains that aren’t really all that evil:

When you’ve put in all the hard work to achieve your goals and reach your dreams, it’s only normal to freak out when a couple of newcomers waltz in and bag what you’re aiming for without even breaking a sweat. Sharpay Evans is a total theater diva and while you might have perceived her to be extra, all she ever did was give her best to get the role she wanted. You might fault her for being too ambitious, but you can’t really hate someone for trying too hard. Even Ashley Tisdale, the actress who played the character, agrees that Sharpay deserves better.

This one’s just a serious case of FOMO, and let’s be real, if the entire kingdom was invited except for you, you’d feel salty, too. Maleficent did send Aurora to sleep and place a curse upon the entire land, but let’s dial back a bit—all this could have been prevented had the monarchs just invited everyone without judgment. Sure, she might look evil, but that doesn’t mean she is. And besides, at least you know Prince Philip truly loved Aurora! The original Maleficent is misunderstood as is, but the live-action film shows you a softer side to the supposed villain.

Ursula from The Little Mermaid (1989)

We’d just like to mention that Ariel the mermaid was only 16 years old when she fell in love with a human she interacted with for less than an hour, decided to trade in her voice for a pair of legs, and turned her back on her father and her life at sea. Now there’s no blaming Ursula for presenting her with options when she was adamant about getting on land and pursuing her “one true love.” Ursula was setting Ariel up for failure, but you can’t deny she still somehow gave her a chance, compared to Ariel’s father King Triton who just turned her down.

Monarchs grow under the guidance of wise advisors, but when the rich and powerful fail to see the importance of their responsibilities, they’re prone to make terrible decisions that can harm those below them. Take the case of Yzma, who spent her life bringing up Emperor Kuzco, only for her to be fired while he was busy finding the perfect location for his Kuzcotopia summer home. Yzma may be hungry for power and riches, but being fired after years of loyal service (and dealing with Kuzco’s sense of entitlement) just isn’t fair to the sorceress. Besides, she didn’t even kill him, she just turned him into a llama, which isn’t so bad.

Syndrome from The Incredibles (2004)

When you’ve spent a bulk of your youth admiring a man who’s supposedly the beacon of hope and heroism only to be disappointed, you take that with you until you’re all grown up. Such was the case with Syndrome, who was once just a kid who admired Mr. Incredible and showed great enthusiasm, only to be turned down. Okay, the whole robots and hunting down heroes thing is excessive, but there’s no denying this kid just wanted a smile and acknowledgment.

Sometimes, all people need is a chance. Granted, there are a lot of things that dictate your opportunities and luck, but if you add time travel to the mix, it presents the possibility of changing your fate, with the hopes that you could get a better outcome. He might have stumbled with the execution and blamed the wrong people, thus hurting them and altering the future forever, but Bowler Hat Guy just wants to be happy like everyone else, and you can’t fault him for that.

Alien experiments are serious business and unleashing them to the universe endangers many planets, Earth included. Scientist Jumba’s latest work, Experiment 626, possesses high levels of intelligence, but also has a tendency for violence and erratic behavior. The experiment lands on Earth and is promptly named Stitch by a girl named Lilo. Captain Gantu is then tasked with retrieving and obliterating the alien, but Lilo refuses to let her pet go. The guy’s just doing her job and he’ll go to extreme lengths just to get it done, but everyone paints him out to be the bad guy. He has a mission and he wants to succeed—is that so bad?

People accused explorer Charles F. Muntz of fabricating the bird remains he found on Paradise Falls. A young Carl and Ellie looked up to this man, but the years he spent in solitude trying to find the living bird that would prove himself and his research correct has driven him oversuspicious of everything. Accusing “visitors” of wanting to capture the bird and compete with him, then killing them afterward seems extreme, but it’s the jungle: Anything is cause for paranoia.

Dedicating your life to research that could potentially forward living conditions for humans is an admirable feat. Many researchers and scientists have given up years of their lives to groundbreaking discoveries, but it’s an entirely different thing altogether to lose someone you love. Vengeance is never the answer, but could you really blame Professor Callaghan for turning bitter after his life’s work has taken away the thing that was truly important? No? We thought so, too.

There are three very disturbing things about this doll: first, her large eyes, second, her creepy voice that’s just this odd mix of calm and conniving, and third, her obsession with Woody’s voice box. It just makes sense for Bo Peep and the rest of her gang to not like the doll. She has the makings of a horror doll, but loneliness has made her desperate and once she talks about the true desires of a toy—to play with a child that will genuinely love her—you can’t help but root for her and hope she finally gets to meet a kid that will treasure her.