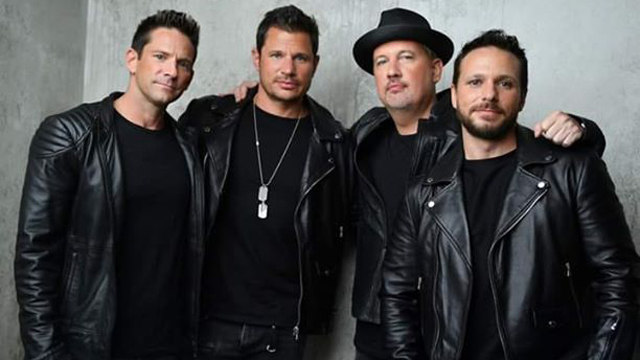 Mark Your Calendars: 98 Degrees Is Coming to the Philippines

Not just in Manila!

(SPOT.ph) Boybands, oh, boybands. Some might say their era has long gone, but no one should be able to stop you from indulging in their cheesy hits. Manila's been seeing a couple like A1 and O-Town, and even Boyz II Men is flying in this December for a concert. If you just can't get enough of them, we have some good news for you: pop and R&B vocal group 98 Degrees is coming to Manila on May 21 to perform at the SM Mall of Asia Arena for their An Evening with 98 Degrees Philippine tour.

Big Hit Events announced the concert on their Facebook page.

Don't just count on one member to come because all four of the boys are heading here. You'll see brothers Nick and Drew Lachey, Justin Jeffre, and Jeff Timmons share the stage to perform hits like "I Do" and "Because of You."

Aside from their Manila show, the boyband is also going to perform in SMX Convention Center Davao on May 16 and in Waterfront Hotel & Casino Cebu City on May 23.

Tickets are now available via the SM Tickets website. Ticket prices for their Manila stop of their tour are as follows:

While you're here, why not sing along to some of their greatest hits?

UPDATED (February 6, 3 p.m.): This article was updated with ticket prices for the Manila stop of the tour, and to reflect new concert dates following the postponement of their concert due to the novel corona virus.