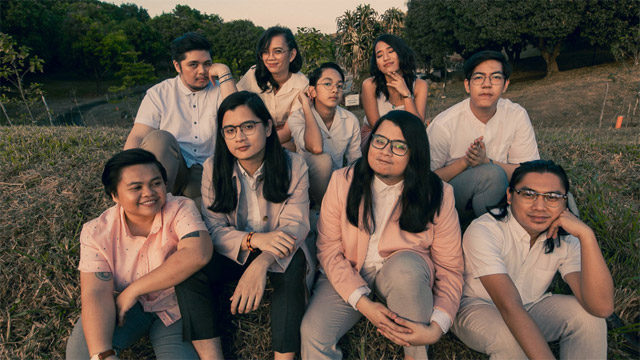 LISTEN: Ben&Ben Just Uploaded the First Draft of a Song They Wrote During the Quarantine

They also had a short jam session!

(SPOT.ph) The quarantine has you cooped up at home and chances are high that you've passed the time by binge-watching the latest shows and movies, trying the latest coffee recipe, and yes, even working out. In the case of local indie-folk band Ben&Ben, their members seem to have turned to songwriting while in quarantine. Vocalist Miguel Benjamin Guico uploaded a rough version of the song "Nakikinig Ka Ba Sa Akin?" to the band's social media accounts.

If you look to the left of the screen, you'll see a dog's paw make an appearance. That's member Paulo Benjamin Guico with a cameo (and their dog!).

Minutes later, bassist Agnes Reoma uploaded a video of her playing along to the demo. She also got drummer Jam Villanueva to add come beats to the rough draft!

Keyboardist Pat Lasaten chimed in with a few notes.

Andrew De Pano, who's in charge of percussions and backing vocals, couldn't help but join in.

The band hasn't mentioned an official release date for the song, but they did share the lyrics if you want to sing along!

The chorus goes: "Nakikinig ka ba sa akin? Hindi kita gustong awayin, pareho ang ating hangarin, and kadiliman ay basagin." With everything that happened in the last two weeks, a song about fighting together could be the little comfort you need to get through the quarantine.

Ben&ben Nakikinig Ka Ba Sa Akin Adventurer Savvy Seasoned Tpc-000001
Your Guide to Thriving in This Strange New World
Staying
In? What to watch, what to eat, and where to shop from home
OR
Heading
Out? What you need to know to stay safe when heading out