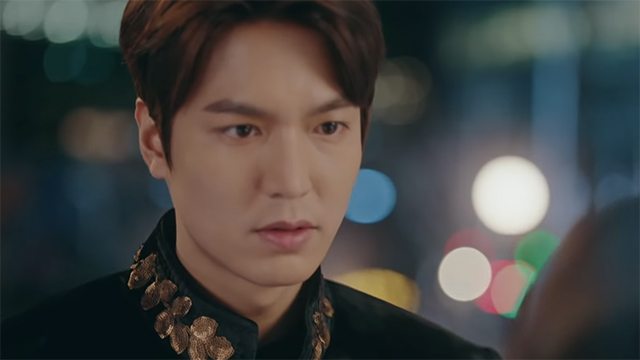 10 Exciting Things to Watch on Netflix in April

(SPOT.ph) Whether your to-watch list currently consists of just one show or a dozen films and series, we know you're always looking for something new to watch, and you can count on Netflix's new titles to keep your queue filled. The streaming platform has a bunch of exciting releases coming in April, including animated films, a dystopian drama, and the return of K-Drama fave Lee Min Ho. We round up 10 you don't want to miss.

These titles are hitting Netflix in April:

April sees the last wave of Studio Ghibli's animated films coming to Netflix, and this round includes Howl's Moving Castle, about how Sophie's boring and ordinary life is made exciting once she meets the wizard Howl, who resides in a magical moving castle. The Witch of Waste does not approve of their friendship, and she casts a curse on Sophie that Howl must reverse.

Can't get enough of director Hayao Miyazaki's animated films? His 2008 work Ponyo will be available, too! A goldfish princess breaks the rules and meets a human boy named Sosuke, who gives her the name Ponyo. She longs to be human and be part of Sosuke's world, but her strong desire to leave her underwater kingdom accidentally unleashes magical potions that threaten Sosuke's home.

Suspended lawyer Jeff Winger (Joel McHale) goes to Greendale Community College to get a fresh start and invites Britta Perry (Gillian Jacobs) to a study group, not knowing other people would join them. The band of strangers slowly forms a bond that helps them get through college and life, all with a generous serving of crazy antics, hilarious jokes, and eccentric characters on the side. Planning to bing-watch in one go? All six seasons of Community will drop on the same day.

Break out the Dalí mask because Spanish drama Money Heist is back with Part 4. The Professor (Álvaro Morte) is ready to declare all-out nuclear war on the authorities, but doesn't seem to have a clear direction for what to do next. The shaky plan leaves Tokyo (Úrsula Corberó), Moscow (Paco Tous), Berlin (Pedro Alonso), Rio (Miguel Herrán), Denver (Jaime Lorente), and Stockholm (Esther Acebo) distrusting one another as war starts looking more and more imminent.

Inspired by a true story, Sergio follows charismatic United Nations diplomat Sergio Vieira de Mello (Wagner Moura) as he goes to Iraq to help keep the peace. As philosophies clash and tensions run high, a bomb blast in Baghdad traps Sergio under the walls of a building, and he must fight for his life to see his mission through.

Detached mercenary Tyler Rake (Chris Hemsworth) is paid to go to Bangladesh and save a drug lord's kidnapped son. As he delves deeper into the dark underbelly of crime, he encounters greater dangers and begins to question his purpose.

This coming-of-age comedy from Mindy Kaling and Lang Fisher follows Devi (Maitreyi Ramakrishnan), a first-generation Indian-American teenage girl, as she navigates the complicated world of religion, peer pressure, and high school. Never Have I Ever is loosely based on Kaling's own childhood and is her first Netflix original.

Desperate to get into a good university, a group of high school students resorts to crime, only to realize that they must deal with the dangerous consequences of their actions. Extracurricular will star Itaewon Class and SKY Castle's Kim Dong Hee, Park Ju Hyun, Jung Da Bin, and Nam Yoon Su.

Missed Lee Min Ho? He plays Emperor Gon, a man from the Joseon era who enlists the help of detective Jung Tae Ul (Goblin's Kim Go Eun) in modern-day Seoul to close a magical portal connecting their two worlds and prevent demons from entering. Writer Kim Eun Sook of Goblin and Descendants of the Sun fame penned this fantasy drama.

Four friends (Lee Je Hoon, Ahn Jae Hong, Parasite's Choi Woo Shik, and Park Jeong Min) whip up a plan to rob a casino so they could have enough cash to jumpstart new lives beyond the slums. All goes well until they realize they picked the wrong person to mess with. This dystopian South Korean drama debuted at the Berlin Film Festival on February 22 and is directed by Yoon Sung Hyun.

Netflix Streaming Services Howl's Moving Castle Ponyo Community Money Heist Never Have I Ever Extracurricular The King Eternal Monarch Time To Hunt Adventurer Savvy Seasoned
Your Guide to Thriving in This Strange New World
Staying
In? What to watch, what to eat, and where to shop from home
OR
Heading
Out? What you need to know to stay safe when heading out