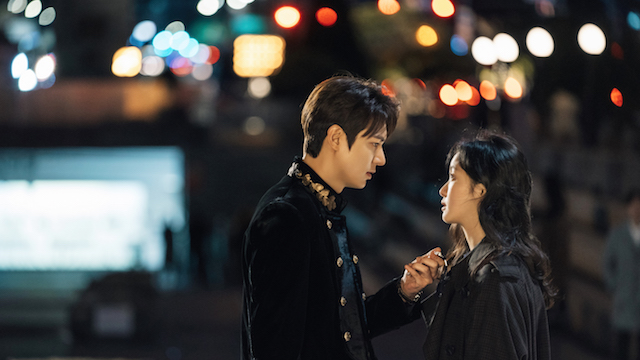 The Many Sides of Netflix's Newest K-Drama, The King: Eternal Monarch

From parallel universes, to characters, and more.

(SPOT.ph) We’re sure a lot of things have been running through your mind the past few weeks—and we wouldn’t be surprised if you've imagined the randomest of things in the process. So let’s try this: What if you learned that parallel universes existed—and that you could visit?

On board? Well, not to burst your bubble too soon, but we are aware that the concept doesn't seem to be something that we'd see in this lifetime. But Netflix is giving us a peek at what it would be like through their newest Korean drama drop, The King: Eternal Monarch.

This romance-fantasy drama directed by Baek Sang Hoon features two parallel universes: a Korea that is a constitutional monarchy, and a modern-day Korea. Lee Min Ho, fresh after serving in the Korean military, makes his much-awaited comeback in this series as Emperor Lee Gon, who unexpectedly finds himself in present-day Korea and has his eyes set on closing the portal between the two worlds. He'll need the help of police detective Jung Tae Eul (played by Kim Go Eun, whom you may have seen in the 2017 Korean drama hit, Goblin).

The show also stars Kim Kyung Nam, Woo Do Hwan, Jung Eun Chae, and Lee Jung Jin, with Kim Eun Sook as writer for the series. SPOT.ph got to chat with the cast of The King: Eternal Monarch via online roundtable interviews to find out more.

The idea of a parallel universe seems quite fun for Kyung Nam, who plays police detective Kang Sin Jae in the series alongside Go Eun’s Tae Eul. Interestingly, should he find himself in an alternate universe, he would prefer to work in the arts and music industry. But Do Hwan—who plays 1) chief guard Jo Young, considered as Emperor Lee Gon’s shadow and 2) public service worker Jo Eun Sup, —begs to differ, finding the idea of a version of himself in a parallel universe to be "terrifying."

When asked about their thoughts on the characters that they play, most of them considered them to be a departure from their previous roles. For Min Ho, who had to think long and hard about his next project after his military service, it was ultimately about wanting to play the role of an emperor. He also expressed excitement about working with Go Eun, whose work he'd seen before.

What we know so far about Eun Chae's character is that she will play the first female prime minister of modern-day Korea in the series. She describes how her character “is the opposite of many of the characters” she's played so far. “I actually took on this role as a new challenge, and with that in mind, I was able to get closer to my character,” she says. “In the past, my roles were mostly reserved...but then this character is more expressive, is more straightforward with her words, and with her facial expression and everything, so I find it very interesting.”

Go Eun, on the other hand, admires her character’s “attitude and mindset [that] she brings to her job,” especially “in the face of danger.” “[She] really gets in between or intervenes on the scene. And I think that takes a lot of courage.”

So while parallel universes might not be a reality anytime soon, these snippets from the stars themselves are more than enough to make us want to get started on a marathon of The King: Eternal Monarch, knowing that there's a lot more to unpack, concept- and character-wise.

The King: Eternal Monarch is now streaming on Netflix.

Adventurer Seasoned Savvy Kdrama Netflix The King Eternal Monarch Lee Min Ho Kim Go Eun Korean Streaming Services Woo Do Hwan Kim Kyung Nam Jung Eun Chae
Your Guide to Thriving in This Strange New World
Staying
In? What to watch, what to eat, and where to shop from home
OR
Heading
Out? What you need to know to stay safe when heading out