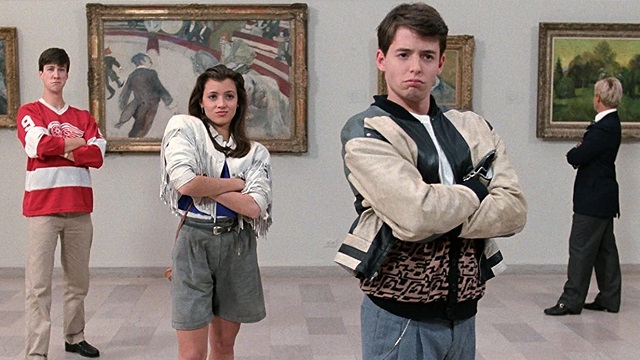 Life Moves Pretty Fast, and Ferris Bueller Is Having a Reunion

(SPOT.ph) You may want to stop and have a look around—particularly at the last episode of Josh Gad's Reunited Apart YouTube series. The cast of the 1986 classic comedy film Ferris Bueller's Day Off is coming together for one heck of a virtual reunion! Catch it on Gad's YouTube channel on Sunday, June 28 at 9 a.m. PT, or Monday, June 29, 12 a.m., Philippine time.

The teaser for the reunion has Gad pitching a movie idea to Broderick, except that the movie is actually Ferris Bueller's Day Off and it's not a movie, it's a reunion. "You're pitching me Ferris Bueller's Day Off?" said Broderick, before being semi-tricked into saying Bueller's best line in the film (at least, one of). Alan Ruck (best friend Cameron), Mia Sara, (Bueller's girlfriend Sloane), and Jennifer Grey (sister Jeanie), will be joining the reunion. Unfortunately, we won't be seeing Charlie Sheen, who played a juvenile delinquent in the film as one of his earliest roles.

In case you somehow managed to miss seeing this John Hughes film, it follows a teenager, Bueller, who fakes being ill to get a day off from school. He decides to take the time to live his best life—meaning he goes off and gatecrashes a parade, speeds in a "borrowed" Ferrari, and generally just has all the fun your playing-hooky dreams are made of.

This is the last episode of Gad's Reunited Apart, a YouTube series the actor put together to host virtual reunions of classic films. Gad previously also had the Lord of the Rings cast together on the show.

Adventurer Savvy Seasoned 80s Ferris Beuller's Day Off Nostalgia Josh Gad Youtube Reunion Streaming Streaming Services
Your Guide to Thriving in This Strange New World
Staying
In? What to watch, what to eat, and where to shop from home
OR
Heading
Out? What you need to know to stay safe when heading out